Pope Francis, the paradox in his pontificate 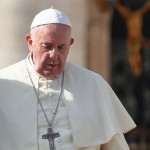 Rather than beginning a new phase, Pope Francis has seemingly gone back to the old one. The appointment of Carmelo Barbagallo as president of the Vatican Financial Intelligence Authority (AIF) must be interpreted together with the selection of Giuseppe Pignatone as president of the Vatican tribunal. These two appointments show the comeback of strong bilateral relations with Italy. Thus, turning back time.

Both decisions are thought-provoking. Franca Giansoldati on Il Messaggero, the newspaper Pope Francis reads, wrote that “with the appointments of Barbagallo as head of the AIF and, recently, of Giuseppe Pignatone, former Rome’s public prosecutor, as president of the Tribunal, Pope Francis definitely files away all the past clashes with the prosecutor and with the Bank of Italy”.

The analysis reads the Holy See always and only in a particular relation with Italy. However, the article is not an accurate depiction of reality. It depicts an old context. True, the Vatican financial reform began in a climate of hostility from the Italian side. But it is also true that the hostilities had been overcome.

In particular, Carmelo Barbagallo was the one who signed for the Bank of Italy the memorandum of understanding with the Financial Intelligence Authority presided by René Bruelhart, the director of which was Di Ruzza. The memorandum with the Bank of Italy followed the memorandum the AIF had already signed with the Italian Unit for Financial Information. In the end, Italy recognized the Holy See as a credible international actor, perfectly integrated within the global anti-money laundering system.

The signature of the two memoranda showed a favorable climate, different from the one in place when the Vatican anti-money laundering law was drafted for the first time in 2010. The bill was drafted under European Union pressure and the order of Italian prosecutors to freeze 23 million dollars of the Institute for Religious Works for suspicious transfers. In 2011, the funds were formally released thanks to the new Vatican anti-money laundering law. According to Italian law, frozen funds can be released when “conditions are no longer present” for holding them, even as a consequence of “supervening events”.

Despite this, the funds were blocked until November 2014. When the funds were returned to the Vatican, an IOR press release stated that “funds had stayed frozen because of unsolved issues with regards to due diligence.”

Indeed, the unfreezing of Vatican funds marked the beginning of a new season. This season showed that the AIF could fruitfully collaborate with its counterparts all over the world, also in Italy.

The new anti-money laundering law in 2012 marked the change of perspective. The first Vatican anti-money laundering law mirrored the Italian law, which in fact had negative reviews from the Financial Action Task Force. The second law better adhere to the prerogatives of the Vatican State. The system gained the approval of Moneyval, the Council of Europe’s committee that evaluates the adherence of the member States to the international standards in terms of financial transparency.

We should not forget that the issuance of the first Moneyval report on the Holy See / Vatican City State was preceded by several articles in Italian newspapers, inspired by people close to the “Italian mindset” that lamented how the new law was “a step back.” Facts contradict these assessments. Even the Bank of Italy, in the end, signed a memorandum of understanding with the Holy See’s oversight body.

It is also noteworthy that the ranks of the AIF Board of Directors were comprised of Italians, almost all of them coming from the Bank of Italy milieu. The reform of the AIF statute and the new board of directors with international staff and with people of undisputed reputation (like Juan Zarate, who recovered the Saddam Hussein treasure) confirmed the international option. But now, the AIF board of directors has been decapitated: out is Bruelhart, Zarate, and Marc Odendall resigned. And Odendall did not fail to describe today’s AIF as an “empty shell.”

Paradoxically, Barbagallo’s appointment can represent a step back to those bilateral relations with no weight in the international arena. The raid in the office of the Financial Intelligence Authority, that led to the seizure of intelligence documents belonging to other financial intelligence units, had the effect of disconnecting the Holy See from the system of communication on money laundering set up by the Egmont Group, a forum that gathers more than 160 financial intelligence units in the world.

Returning from his trip to Thailand and Japan, Pope Francis downplayed the importance of the Egmont Group, saying that he has to preserve the Holy See sovereignty on juridical issues. The Holy See joined the Egmont Group as part of the commitments taken with the Council of Europe. It is the presence of the Holy See within these international bodies that guarantees Holy See sovereignty. As a State among the States, the Holy See could attain a dignity that does not come from unique relations, but its juridical system.

So, here is Pope Francis’ paradox. During his new year’s speech to the Diplomatic Corps accredited to the Holy See, Pope Francis underscored the importance of multilateral diplomacy. This commitment is, in the end, set aside when it comes to Vatican finances, following a wave that began when the Vatican signed a fiscal agreement with Italy.

When it comes to strengthening the State, Pope Francis picks an Italian coming from the Bank of Italy, and puts him at the helm of anti-money laundering. He chooses as president of the Tribunal an Italian who was formerly a public prosecutor, to replace Giuseppe Dalla Torre, who was an expert in the legal system of the Vatican City State. It is noteworthy that the Vatican does not apply the current Italian criminal law code. The Holy See refused to adopt the fascist code, still into force in Italy, and kept a former law.

Indeed, the Holy See has been working for years to step out of the Italian shadow. Now, it seems to be back under it. And it will now be challenging for the Holy See to regain that international credibility that it had been building until now.