Pope Francis and the question of the elite Pope Francis, the effects of the pontificate

Pope Francis, the problematic balance on the issue of abuse 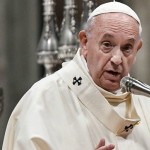 Cardinal Ricard’s admission that he abused a 14-year-old girl as a simple priest raises several questions. Why does a cardinal, now retired, suddenly make an admission of guilt so grave and so public? It is a question to ponder to understand how much the abuse issue risks taking hold of the debate on the Church.

Before continuing, there can be no room for any misunderstanding: even one case of abuse in the Church is grave and must be prosecuted. As Pope Francis said, it is a “betrayal of the priesthood.” Moving abusive priests to different parishes was reprehensible because it did not address or solve the problem. Victims must be listened to.

For this reason, the work of the Pontifical Commission for the Protection of Minors in advising and providing good practices on how to deal with the tragedy of abuses by the clergy is commendable. The commission was promoted (and is now chaired) by Cardinal Sean O’Malley, who was the first to face a worldwide scandal as the successor of Cardinal Francis Law in Boston during the “Spotlight” scandal.

We cannot put aside the critical issues and fail to reflect on the consequences of some decisions. A lesser evil is always an evil, albeit a minor one, and not all laudable decisions lead to the results they should.

Cardinal Ricard’s sudden confession suggests that there would soon be revelations about him and that he tried to anticipate the media hype.

News reached France last week that a retired bishop, Michel Santier, was sanctioned in 2021 by the Vatican for spiritual abuse. The information has come that there are 11 current and emeritus bishops accused of abuse.

In short, there was the whole notion of a circle that was tightening, and that led Cardinal Ricard to make a dramatic confession, which protected him from a media lynching.

One might think this is good, and Pope Francis himself thanked the media for doing their job in uncovering cases of abuse. In reality, however, there is an additional risk: improper media pressure, which focuses the narrative only on culpability and does not allow anyone to defend themselves when the accusations are in the media.

The problem with the Spotlight case and all the other cases that have followed one another is that in the end, for fear of making a mistake, every issue of possible abuse reported was sanctioned with suspensions or expulsion. But if the priest was acquitted entirely, he could not return to perform his function because he was discredited before public opinion.

This is the case of the Archbishop Emeritus of Paris, Michel Aupetit, whose resignation Pope Francis accepted “on the altar of hypocrisy,” in the words of the Pope himself. And Aupetit had at most had an improper relationship with a woman, there was talk of abuse in that case.

But it is also the case of Cardinal Rainer Maria Woelki, who was directed to a six-month retreat for a “miscommunication” regarding the report on abuses. Then, back at the helm of the archdiocese of Cologne, realizing that he was somehow delegitimized, he submitted his resignation, which was rejected by Pope Francis.

These are two extreme cases, but they show that when one opens up to the so-called “altar of hypocrisy,” the consequences can be grave. Already in the summit on abuse of February 2019, after days in which the presidents of episcopal conferences seemed to adapt to the “guilty” mood, Pope Francis concluded with a speech that underlined how, in reality, pedophilia in the Church was proportionate, and how the media cases were to be treated only as media cases, indeed highlighting improper pressure from the media.

It was the recognition of a problem that was not later defined in its terms. On the one hand, there is the necessary listening to the victims, which deserves concrete attention. But, on the other hand, there is a balance to be found that makes it possible not to attack the Catholic Church in each case, and that allows us to define which cases are in the media and which are not.

This is because then, as soon as a scandal breaks out, there is a sort of “assault on the stagecoach“: many become targets, few can defend themselves, and some, being afraid of being sacrificed on the altar of hypocrisy, act in advance, but in doing so leave the Church defenseless.

The Church of Francis lives in this thin red line. Even the Pope, returning by plane from Bahrain and wanting to underline his desire for transparency, said that progress has been made, and blamed the resistance of those who are not courageous. Yet, to speak trivially of resistances in connection with a non-trivial issue appears in some way to deny the problem or placing the blame on others. As if to say: I, the Pope, do what I can, but those I am dealing with are not helping me since they are not courageous.

However, we cannot get out of this problem except together. You can not go out without finding a way to establish practical measures of relationship, accountability, and accompaniment of the victims, but also suitable measures to counter the pressure of public opinion.

Not even the men of the Church are aware, but the Church is subjected to the pressures of a constant and devious “hate speech,” which has now become normalized and is taken for granted. The Church is “the Church of pedophiles,” for example – an offensive expression for the many good priests who are anything but such. But in the face of this published (and not public) opinion, there is no defense. And so there is no other choice for the bishops to accept the current narrative against the Church or to be sacrificed on the altar of hypocrisy.

One Response to Pope Francis, the problematic balance on the issue of abuse