Pope Francis, the rationale behind his realpolitik 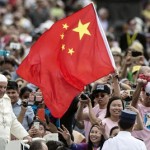 The statement that Pope Francis has abstained from delivering about Hong Kong has re-opened the discussion on his policy towards China. Hong Kong is now enduring a new Chinese security law that has been dubbed as a freedom-killer by many.

Pope Francis was supposed to deliver a message to the Hong Kong people at the end of the July 5 prayer of the Angelus. The text of his statement was provided under embargo to the journalists accredited to the Holy See Press Office. Marco Tosatti, a veteran Vatican watcher, revealed the content of the text. It was a small violation of the rules because there is no Papal speech if it is not delivered. The embargoed texts can always be further modified.

The fact that there was a message, though not read by the Pope, indicates that there is a broad debate within the Holy See itself about how to handle relations with China. This debate is certainly lively.

It is noteworthy recalling that Pope Francis downplayed the telegram he sent to Hong Kong during his return trip to Japan. His comments were appreciated by the Chinese Ministry of Foreign Affairs. The telegram was sent, though Hong Kong is not a State. It is a territory, and the Pope usually sends telegrams to the head of States, not to regional authorities.

Some even think that this dance is intentional. It is a possibility. Pope Francis does not formally wish to break relations with China. He wants   instead to incarnate the perspective of dialogue, acting as the guarantor that everything will work and will be done with respect toward the Chinese authorities.

Simultaneously, the Vatican Secretariat of State is carrying forward a difficult dialogue, step by step. Those who participate in the dialogue with China maintain that any time there are talks, the Vatican side raises the names of the persecuted and imprisoned priests and also religious freedom. Nothing is left out, sources say.

The dance would consist in taking steps that the Pope can downplay or hide. This would help to send signals to the Chinese government. It would be a very refined dance.

The Holy See has always acted this way. The priority of the Holy See diplomacy is to protect Catholics in every country and, at the same time, a legitimate apostolic succession, to have bishops who could validly ordain priests. It is a diplomacy of the Eucharist since there is no Church without the Eucharist.

This was the rationale behind the agreements on bishops’ appointments that the Holy See signed with Hungary during the Iron Curtain era, and more recently with Vietnam. The dialogue with Vietnam has moved forward: it is expected that full diplomatic ties will be established soon. At the same time, religious freedom has become a central topic in the Vietnam – Holy See talks.

The Holy See trusts that it will be the same with China, and that step by step, the issue of religious freedom will be put on the table. It is a long-term strategy. The Holy See’s perspective is eternity, not an immediate success.

This is the Holy See’s realpolitik. This realpolitik should match the positions that the Holy See advocates for in the international arena. And this is not an easy task, either.

The need to entertain a dialogue with China is understandable. All Christians are persecuted in China, and no concessions can be made because the Church has nothing to concede in China.

It is harder to understand why the Pope has used the same approach in countries where the Church is rooted in the country’s tradition, and yet there is subtle persecution against her.

The COVID 19 outbreak clearly shed light on the intent of some powers to marginalize faith, to the point of preventing Masses from being celebrated. This happens regularly in China and other countries, while in Europe or the United States, the persecution takes the shape of regulations that limit freedom of religion or speech.

Pope Francis applied the same approach: he was fully aligned with the governments, to the point that he did not even celebrate masses with public, to set a good example.

This is how the issue of freedom of religion disappeared from the debate. An example is that of the Church in Italy. A governmental decree on the resumption of Masses with public even referred to the Sunday precept’s dispensation, which was improper because the State cannot talk about that. Meanwhile the Italian bishops’ keep asking the government how to behave in celebrating Masses, and the government gives instructions on the security measures to apply.

Pope Francis’s could have been more engaged on the issue. At least, he could have rejoiced with the bishops when the Masses with public were authorized again. On the May 17 Angelus, on the eve of the return of public to Masses, the Pope just asked that governmental rules be followed.

Pope Francis’ attitude put many local Churches in a problematic situation. In Ireland, where the Church is also afraid to speak out because of the past abuse cases, the Masses with public are not allowed yet. In France and Australia, the bishops had to appeal to the courts to have the churches re-open, when the pubs were allowed to welcome people but the churches were not. In Spain, a Cardinal was sued because he allegedly held an illegal gathering when he opened the doors of the Church to bless the city with the relics of a saint.

Pope Francis is coherent and pragmatic, and he has always aligned with the governments. It may be that this coherence and practical approach has made the Church lose a lot of prophetic push. The talks with China, Vietnam, and other countries where religious freedom is jeopardized are necessary to defend the Christian community and other believers’ communities. The same realpolitik cannot be applied to every situation. The net result is that the Church is weakened in the public arena, compelled to follow the institutions. It might be a Church as a “field hospital,” but she has indeed renounced to the institutional role that allows her to build the field hospitals with total freedom, without asking for permission.

One Response to Pope Francis, the rationale behind his realpolitik