Pope Francis, the reactions to an Italian cardinal a key to understanding the current debate 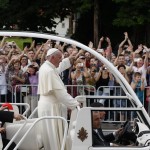 Cardinal Camillo Ruini was the main character of a particular ecclesial season in Italy. This season spanned from the mid-1990s to the beginning of the 2000s. As president of the Italian Bishops’ Conference, Cardinal Ruini devised and promoted a strategy for the presence of the Catholic world in the public arena. No longer linked to a single Christian party, Catholic legislators were called to bring up their values within every political party.

Anytime Cardinal Ruini speaks, it is essential to listen. Recently, Cardinal Ruini granted an interview to the Italian newspaper “Il Corriere della Sera.” Speaking in a clear and politically incorrect manner, the Cardinal maintained that the Church has to be in dialogue with all the political forces. In particular, he also supported the idea of a dialogue with Matteo Salvini, the leader of the Northern League party. The progressive Catholic world criticizes Salvini for his anti-immigration positions and his use of religious symbols in political debates.

In the end, Cardinal Ruini gave the Catholic world a different point of view. He asked the Catholic world to be open to every point of view, with no ideological prejudices. Cardinal Ruini asked every Catholic to be aware that the good of the Church comes first and that the Church works for the common good. For this reason, the Church does not point at which party to vote for, but instead advocates the possibility of bringing up Christian values at every party.

The interview brought about different reactions. Some of them were not nice. The Cardinal has been targeted and attacked as a sort of relic of the past. This is the rationale: Pope Francis’ pontificate carried out a revolution in approach, so why should Cardinal Ruini be heard, since he is part of the past?

The rationale is further reinforced by one other detail: in the same interview, the Cardinal said he is against the abolition of priestly celibacy. It is not an easy issue, especially after the Special Synod on the Panamazonia Region that included an agenda item to break the priestly celibacy in some exceptional situations, like for the Amazonia.

With Pope Francis, the Catholic Church’s impact on some issues faded away. The era of the Church of the non-negotiable values is over. Pope Francis instead promoted the notion of “the outward Church,” called to open processes of dialogue with the globalized world. This world must be understood as a polyhedron, an image that Pope Francis often uses to explain it. In this polyhedron, the dictatorship of relativism is a matter of fact, a starting point for the dialogue.

Pope Francis is not a progressive. He has unmistakable positions on non-negotiable values. For example, he always underscored that performing an abortion is the same as hiring a hitman for a murder.

However, Pope Francis’s approach has always been interpreted as the final fulfillment of the progressive Catholic ideas that spread after the Second Vatican Council. They represented a Church with no dogmas, rules or limits, and immersed in social discussions. So immersed in the social debate that evangelization almost coincides with liberation from injustices, inequality and discrimination.

As mentioned, Pope Francis’ positions appear more moderate. However, the “guardians of the revolution” have, during this pontificate, hijacked the debate. They did so by constantly promoting change on issues that constitute the foundation of Catholic identity, like family, sexuality, celibacy, the role of the women in the Church, and relations with other religious confessions or cults. The non-negotiable values were replaced by a political focus on migrations (in fact, the Church always cared for the migrants, though the approach was milder) and on human trafficking. The political narrative of the Pontificate also advocated European integration and showed a particular aversion to sovereignism.

The Catholic Church seems, then, to take a leftist positioning. And from the left, there are attacks against whomever has a different interpretation of the Pontificate, in particular, and Catholicism in general.

This is the reason why the interview of Cardinal Ruini is disturbing. Although it is an interview with an Italian perspective, Cardinal Ruini also hits the international scenario. In the end, Cardinal Ruini shows that things can be seen from a different angle and that this angle can be respectful of the Pope and the Church as an institution, and more eager to dialogue than the outward Church. A commitment to dialogue so strong that Cardinal Ruini has no fear of opening new venues for debate with everyone, with no other agenda than the common good.

With his words, Cardinal Ruini wanted to restore the centrality of Christian identity. Cardinal Ruini’s goal was first of all to counter the demise, in a non-Christian world, of man’s true nature.

The sometimes violent reactions to his words represent what the Catholic debate has become. Paradoxically, the outward Church shows always less room for different points of view.