Pope Francis, the reform at the crossroads 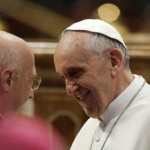 It is official: the last meeting of the Council of Cardinals the way Pope Francis originally shaped it took place in September. Actually, there were a series of clues: the final press release of the meeting spoke about the “advanced age” of some of the members and the need to further reflect on the council’s composition; the appointment of Msgr. Marco Mellino to adjunct secretary of the council; and the final note which showed the progress of the reform so far.

As it is usual in this pontificate, the end of the “old” Council of Cardinals did not come through an institutional decision, but rather with an internal decision. The Council of Cardinals is a fact, and will likely be included in the new Apostolic Constitution Praedicate Evangelium, that will redefine the structure and competences of the Roman Curia. Its future composition, however, is yet to be determined. Will it be representative of all continents? Will there be a specified quota of cardinals coming from Rome in order to have a small council that can quickly gather to make decisions in collegiality with the Pope? Will the cardinals of the council be nine, or will the council membership be expanded?

Nothing has been decided yet. Simply, Pope Francis thanked three of the members of the Council of Cardinals for the work done until now: Laurent Mosengwo Pasinya, who this year also retired as Archbishop of Kinshasa since he was beyond the age limit; Javier Francisco Errazuriz, overwhelmed by the abuse scandal in Chile; and George Pell, who one year ago returned to Australia, where he is facing a difficult trial.

Cardinal Pell was not, in any case, replaced at the helm of the Secretariat for the Economy. This is a sign of Pope Francis’ trust in him. Cardinal Pell surpassed the age limit, he was expected to remain in charge of the Secretariat until the age of 77, but most likely he will not be replaced at least until the first part of his judicial situation is solved. Replacing him now would mean that the Holy See believes the allegations against him, or at least accepts them as legitimate. The Pope, in the end, is showing trust in Cardinal Pell.

The Council of Cardinals is now comprised of six members. However, only five gathered in the last council, as Cardinal Parolin was in Marrakech to lead the Holy See delegation at the inter-governmental meeting of the Global Compact on Migration. The council met in five, discussed the overall situation of reform, met with the new adjunct secretary and started discussing eventual adjustments to the draft apostolic constitution, in order to make it consistent with Canon Law.

The main issue of discussion is always that of money. The first big reform of Pope Francis has been the reform of the economy, in order to bring order in the balance sheets and to maximize profits. That was Cardinal Pell’s reform. The reform also foresaw a general auditor and the establishment of a Vatican asset management fund to generate revenues, plus a commission to reform the pension fund. The commission has been established, but no news has come out about meetings it has had or its conclusions.

The “Pell reform” could not really work in the end. For several reasons. First is that, since the beginning, it was thought that the main financial problems came from the Institute for Religious Works. The institute is still working to defend itself against its mixed image, underscoring positive outcomes from the scrutiny of the accounts and suing old officials that allegedly mismanaged funds.

Truth is that the scrutiny process was unnecessarily expensive. The IOR hired external consultants like the Promontory Financial Group, and the consultants concluded a process that had began long time before, as the 2012 MONEYVAL report certified. In addition, many of the old investments have been abandoned, and new financial approaches have been introduced while doing away with the old ones. The old management was then demonized. Curiously, the IOR presidency has never been involved in anything controversial, nor has its management ever been questioned. The profits decreased, though.

In the end, the real issue was not the IOR, since the institute manages a relatively modest amount of money. Indicative of it is the reform of the Vatican City State administration, presented to the Council of Cardinals during their Dec. 10 – 12 gathering.

As usual for Pope Francis’ reforms, the new law de facto institutionalized things that were already in effect, and at the same time it introduced some novelties yet to be fully understood. One of these novelties is the fact that no department can make decisions autonomously, that is, without asking the superiors.

This implies a major central control of management. It was necessary, and important, considering that some of the scandalous allegations against the Holy See involved the Vatican City State administration: the first Vatileaks came out of Msgr. Carlo Maria Viganò whistle blowing about how the Governorate expenses were managed.

Probably, the reform of the Vatican economy could have had a bigger impact had it not been managed as a revolution. For example, if the decision had been made to entrust to Cardinal Pell the Prefecture for the Economic Affairs (in the end, it still formally exists) and the oversight of the Governorate with a motu proprio.

This is a general problem with the reform. In many cases, some adjustments or improvements, with no revolutions, were enough. The house need not be torn down, but just to be strengthened.

The revolutionary vision has changed with time, also thanks to Cardinal Pietro Parolin, Vatican Secretary of State. Initially excluded from the Council of Cardinals, he provided his contribution, and he patiently sought to normalize issues. In doing that, he used institutional tools, and asked Pope Francis to issue documents. Soft documents (Rescripti ex audientia, letters), but nevertheless documents.

Between external consultants, trials and errors and reform made while walking, the Curia reform was seeking a rationalization that never took place. The merging of dicasteries requested major specialization, and new competences. This is the reason why the freeze on hiring, established in 2014, has been often bypassed.

But money is still the problem. Two visions of the world are clashing.

On the one hand, the Anglo-Saxon managerial perspective, in particular the German side that is represented in the Council of Cardinals by Reinhard Marx. Cardinal Marx asked for multi year budgets, 5 year preventive budgets and everything needed to professionalize financial decisions.

On the other hand, the Holy See approach. For the Holy See, there is no risk-based approaches, in any field. Money is sent where it is needed, and the places where it is needed are countries with no reliable banking systems, but filled with missionaries needing financial support. Likewise, diplomacy does not make agreements with friendly countries, but rather looks at those places where an agreement is more risky and the flock needs to be safeguarded. This is the rationale behind the confidential agreement with China on the appointment of bishops.

Nowadays, we are facing illogical situations: we are in front of a Church “outward-bound” and “missionary” that moves toward risky environments, following Pope Francis’ call. This same Church is willing to manage money in a worldly, though necessary, way.

Pope Francis’ reform is now in an ideological, rather than pragmatic, impasse. It is not a minor issue, and this explains the state of apparent calm perceived from the outside.

Pope Francis himself made the decision to wait. The membership in the Council of Cardinals has been reduced because cardinals more or less did their job. The awaited reshuffle will likely come once the new constitution is presented. The issue of money will be still open. It is such a crucial issue that both the Council of Cardinals and the meeting of the heads of dicasteries discussed it.

How will Pope Francis solve this situation? Will he take the managerial side or will he carry forward the rationale of a missionary Church? And, above all, will he change the way of governing, asking for help to manage the Holy See, that is such a complex operation?