Pope Francis, the reform of justice and the knot of trials 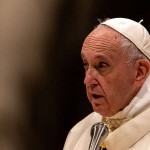 Pope Francis’s latest justice reform completes a path of reform of the new Vatican judicial system that began some time ago and resulted in a reform in 2020 that resulted from an extensive debate. After all, a discussion focused on a basic theme: make the Vatican City State a full fledge state, or maintain its original role, having “just enough of a soul” that the Holy See needed to live.

It was no small debate. Recent judicial events have shown a dangerous trend towards a “Vaticanization” of the Holy See. The Vatican judges did not hesitate to apply the summary procedures provided for by the code to make inquiries in the Vatican and ask for them externally, even with international letters rogatory then rejected by the receiving States for information gaps, such as the rogatory that led to the arrest of Cecilia Marogna.

If, on the one hand, this shows that the Vatican state is inflexible in prosecuting crimes, it undermines the Holy See system. Because the Vatican remains a state in which all powers are given to the Pope, a monarch who is elected by a group of equals but who then governs in an absolutist way. The international community accepts the peculiar nature of the State. Particularly since the Holy See signs and ratifies international conventions. However, the fact that the Vatican City State applies the justice system to the letter, with methods that risk being against the customary human rights of any other country, creates a severe problem precisely for the credibility of the Holy See.

The latest amendment to the judiciary system testifies that, after all, the Vatican is not moving towards a system in which the right to defense is underscored. Pope Francis has introduced some rights to reduced sentences or an alternative sentence to those sentenced. But he also defined the power to proceed assertively and unilaterally strengthened the investigating and judging powers.

In the reform text, there is seemingly no opening to procedural guarantees to protect the suspect and the accused in the direction of the rule of law. There is no consideration of the right to defense in this reform. And it becomes clear, in the first part, that the magistrates come out strengthened.

It is interesting to note that the judiciary’s 2020 reform underlined that the change in law was due to the new regulatory framework resulting from the financial and criminal reforms and the adherence to important international treaties. In general, however, judges’ role has always been strengthened, allowing a far-reaching autonomy in investigating and condemning, which is combined with the arbitrariness of the Pope’s power.

It is also striking that the rights of the defense are neglected, but not the detainees’. They can now benefit from the so-called “good behavior” and penalty discounts to model prisoners. In this way, the Pope aims to equate prisoners’ rights in Vatican prisons with those of prisoners of countries that recognize these rights internationally.

In this Motu proprio, Pope Francis also thinks of ordinary magistrates, who, when they retire at the end of their service, retain all rights, social security assistance, and guarantees of Vatican citizens.

In short, a law that seems to strengthen the power of the magistrates, and precisely at a time when the magistrates seem to have too much power in the Vatican. The investigations into the Secretariat of State’s investment in a luxury building in London tell, after all, of a harsh judiciary, which does not consider the rights of the accused and which acts in a summary manner at the instigation of the Pope. After all, this is the basic thesis of three articles on paper, which touched upon some key points.

It remains to be understood whether there will be further reform of Vatican justice or whether the State’s strengthening will be preferred to the Holy See’s detriment. This is not, after all, a question of details.

The Vatican City State is a state with its independence, but it is not a state like all the others. It serves to give territory to the Holy See, which is the international presence of the Vatican. When the State dominates the Holy See, considerable institutional problems are created.

Pope Francis, however, seems to have another line. The sovereignty of the Holy See and the Vatican City State are, above all, instruments for his Pontificate. The Pope governs people, not the institution. There are many clues of that.

The Pope does not hesitate to marginalize people, as he did with Archbishop Georg Gaenswein, or call others to the Vatican because he decides so. And he has no problem changing his choices about them.

There are many cases: Archbishop Gustavo Zanchetta was called from Argentina to the ad hoc position of assessor of the Administration for the Apostolic See and kept at his post despite abuse allegations, an investigation, and an ongoing trial in Argentina; or the new personal secretary Gonzalo Aemilius, that the Pope picked among his friends in Uruguay and that has no experience in Vatican issues; the IOR director Gianfranco Mammì, that the Pope personally introduced to the Vatican bank Board of Superintendency, and that is currently promoting a narrative that portrays him as an “iron man” against corruption, no matter the consequences for the Holy See and for the Holy See investments.

An emblematic case is that of Julio Cesar Caballero Moreno, former ambassador of Bolivia to the Holy See, who, once he left office and amid the uncertainty that followed in his country after the resignation of president Evo Morales, was called by Pope Francis as an official of the Pontifical Commission for Latin America.

Now, Caballero Moreno may return to his previous role, albeit serving another president, and it is rumored that the new secretary/vice president could be Rodrigo Guerra. A social philosopher, Guerra has an impressive track record and promotes a social vision close to Pope Francis’s. He will carry forward the Pope’s thoughts and will emphasize his South American message.

Because this is what counts: emphasizing the Pope’s message and always being ready to defend the Pope’s choices, even when you disagrees with them. It mostly matters to show that there is a change of pace, that the Pontificate is brand new. The reform of justice goes in that direction. After all, the reform of justice also somehow strengthens the Pope’s powers.

3 Responses to Pope Francis, the reform of justice and the knot of trials