Does Pope Francis have a communication strategy? Pope Francis, why a “liquid” pontificate is not possible

Pope Francis, the reform of the bishop emeritus of Rome 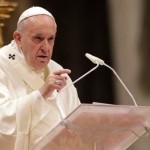 There is an essay by the cardinal-elect Gianfranco Ghirlanda that dates back to 2013 and may reveal the path Pope Francis intends to take with the reforms. The paper was published in La Civiltà Cattolica just after the resignation of Benedict XVI on March 2, 2013, and concerns the procedures of the Church for the termination of the office of the Roman Pontiff as well as the election of a new Pope. The essay has some indications that can be decisive soon, if Pope Francis changes the rules for the vacant see.

The latest statements by Pope Francis prompted revisiting Ghirlanda’s essay. In an interview with Mexican TV broadcaster Televisa, Pope Francis said that he has no intention of renouncing the pontificate but that if he does, he will take the title of ” bishop emeritus of Rome” and not Pope emeritus. He also made it known that the role would have to be better defined and that everything went well with Benedict XVI only because it was Benedict XVI. Furthermore, Pope Francis also said that he would not live in the Vatican, hinting that he could instead choose as his residence the Lateran Palace. A bishop of Rome, indeed.

When Pope Francis speaks, there are multiple levels of reading. The first level concerns the immediate meaning of the words. In practice, Pope Francis shows that he has accepted but has not appreciated the decisions Benedict XVI made. He does not like that Benedict stayed to live in the Vatican, nor that of calling himself Pope Emeritus. Whether he wants to mark a discontinuity or whether he wants to express disagreement, Pope Francis has made it clear that he has not been able to manage the situation.

It can be objected that the situation has not been managed because Pope Francis himself has not yet given a legal framework to the figure of the Pope Emeritus. Now, it seems that he has decided to do so, also because the Curia reform led him to modify the rules of the vacant see. However, everything is uncertain, and nothing has been established yet.

Ghirlanda’s essay, however, gives a perspective on the thinking behind the decisions of Pope Francis. In the essay, Ghirlanda limited himself to observing that the correct title for a pope after a resignation would be that of bishop emeritus of Rome.

Pope Francis accepts this suggestion because it is a suggestion in solid continuity with his entire magisterium. From the very beginning, looking out from the loggia of blessings, Pope Francis emphasized his role as bishop of Rome. To emphasize this aspect, the Pope’s official documents are now always signed in San Giovanni in Laterano and not in the Vatican.

The bishop of Rome, however, is the Pope, and he has a different responsibility in the life of the Church. Ghirlanda, in his essay, dwells much on the possibility of the election of a pope who is not yet a bishop and on the various discussions that have taken place on whether episcopal ordination should take place immediately or that there is no need for immediate ordination because the candidate is already vested with all powers.

Ghirlanda explains that the more strict legislation prevailed in the end, thus establishing immediate episcopal ordination for the pontiff who was not yet a bishop. But, he stresses, many did not believe it was right, and they referred to Lumen Gentium and the magisterium of Paul VI to recall how, by now, lay people and clerics had the same responsibilities as all the baptized and that, therefore, the approach could no longer be strict, but one of openness.

It is the philosophy behind the reform of the Curia, which establishes that authority is not given by episcopal ordination but by the canonical mission. Pope Francis will probably also want to incorporate this idea in a reform of the election of the new Pope, giving the election all the charisma of episcopal power. There will probably be a need for episcopal ordination, but not immediate.

The episcopal ordination, however, was also born from the notion that the pope was part of the college of bishops, therefore in substantial unity with the bishops of which he is the head, and who is also called to preserve the faith.

It is from this idea of collegiality that the provision came that the dicastery heads of the Roman Curia should be at least archbishops; that the apostolic nuncios in the places where they were called to propose bishops should have the episcopal dignity; that the cardinals themselves should have been at least archbishops at the time of their creation (with some exceptions granted to cardinals over the age of eighty, and who therefore will not vote in the Conclave).

Therefore, the reform of the vacant see, which would add to the reform of the Curia, could bring substantial changes in other fields. Think, for example, of the possibility of appointing a “lay” nuncio – it has been talked about for some time, even in various anti-Church campaigns, and it is an eventuality that has always been rejected until now – or of the fact that the Secretary of State himself could be a layman.

Paradoxically, the “non-disciplinary” reform – using a category of Ghirlanda – would accentuate the central role of the Pope, whose power is never questioned. The fact that the Pope defines himself as “bishop emeritus” after a possible resignation opens up the possibility of a Pope much more present in the life of the Church than Benedict XVI was. A Pope who will also be capable of influencing his successor.

Why then did Benedict XVI choose the title of Pope Emeritus? Likely, because he thought that the Pope could not return to the life of a cardinal since the election represents becoming the Vicar of Christ on earth, and Christ did not come down from the cross. Benedict XVI interpreted the election as a further episcopal consecration, from which he took the habit (white) and the title of Pope.

Benedict XVI, in this way, thought of emphasizing the collegiality of the bishops, leaving space in the future for a reform of the office of the Pope Emeritus without seeking having an influence over his successor.

Benedict XVI thought of the collegiality and communion of the Church and arranged everything in good faith, leaving his successor free to legislate, should he wish to do so.

Thus, from the reform of the vacant see, we must expect new legislation for the resignation of a pope and new legislation for the management of the transition. From a theological point of view, however, this could be a turning point for the Church, a paradigm shift that would have the advantage – for Pope Francis – of allowing the Pope to intervene. So, also, in his succession.

2 Responses to Pope Francis, the reform of the bishop emeritus of Rome