Pope Francis and the paradox of the Council Pope Francis, the old and the new Ostpolitik 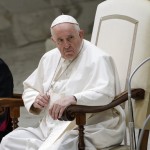 There were no decisions at the end of the consistory convened by Pope Francis and held August 29 and 30. There should have been talk about the reform of the Curia, and it was thought that the Pope would at least communicate how the gaps left in the Curia should be filled. At the very least, it was believed that the Pope wanted to give the assembly a particular meaning, perhaps by announcing some necessary reforms. None of this has happened.

Thus, the pontificate of Pope Francis remains in some way suspended between the need for concreteness and the lack of an institutional structure that can effectively bring that concreteness to making decisions.

Beyond the appointments of the Curia, which awaits a new reshuffle upon the reaching or surpassing of the 75 years of age of various dicastery heads, there are in particular two pending questions of crucial importance: the definition of the pope emeritus and that of the pope impeded.

An international study group from the University of Bologna is dedicating itself to this issue and has proposed a law about it. A proposal that the Pope does not seem to have even considered, but spread among scholars in any case. Indeed, it was brought to the attention of Cardinal Gianfranco Ghirlanda, who appears to be considering a draft for legislation in this regard.

Why are these two reforms crucial? Because they both serve to ensure leadership for the Catholic Church. The question of the impeded pope seems to be more pressing. Up until now, no one had ever thought about what could happen if a pope remained disabled, unable to understand and to decide, yet still alive. When legislation on popes was defined in ancient times, medical science was not that advanced.

Today, one can live for years after a stroke that severely impairs cognitive abilities, survive decades with advanced Alzheimer’s, and continue to live in a state of coma for some time. Who governs the Church if a pope falls into one of those categories?

Hence the need for legislation that certifies the end of the pontificate and the transition to a new pontificate to have a pope in full power and with full mental capacity. After all, the pope is the guarantor of the unity of the Church. With a pope unable to govern, one would experience a situation of anarchy. To give concrete examples: who could stop initiatives such as those of the Synod of the Church of Germany, which aims to make doctrinal changes, if there were not a pope to make decisions and guarantee the unity of the Church?

The question of pope emeritus is linked to that of the pope impeded, but it also has other considerations. When Benedict XVI decided to renounce the pontificate, he followed a precise theological line, dividing the munus from the ministerium and inventing a figure, that of the pope emeritus, that had never existed in the history of the Church.

The reasoning was that the election as pope was equivalent, in fact, to a new ordination, similar to the episcopal one, in which the fullness of powers was given. For this reason, the Pope became Pope Emeritus, not Bishop of Rome Emeritus. There was no going back to the previous condition because there was a new condition, all to be defined.

Benedict XVI indicated the way but left his successor a free hand so that he could eventually decide how to define his role and that of the popes who might make the same decision in the future. Pope Francis has never legislated in this regard. At that time, there were various debates. Archbishop Georg Gaenswein, private secretary of Benedict XVI, theorized the presence of a contemplative and an active papacy. His intention was to emphasize the importance of Benedict XVI’s magisterium, even in his decision to resign, and certainly not to feed the idea that there were two Popes.

Yet, this was the idea that spread, also creating resentment. So much so that there was talk of the hypothesis of an “institutional silence” or “institutional death” of the Pope Emeritus.

This last hypothesis seems distant for Pope Francis. The crux lies precisely in the definition of pope emeritus. Cardinal Ghirlanda had already stressed, at the time of the resignation, that he thought the best thing was to give Pope Benedict the title of Bishop of Rome Emeritus.

There is one question to consider. The reform of the Curia considers the potestas, that is, the power of governance given by the canonical mission, dropping the very idea of the fullness of episcopal ordination established with the Second Vatican Council. As has been noted, this interpretation could put the whole system of the Council into question. But, if one follows this interpretation, it is evident that even concerning the pope, the election is considered a “canonical mission” and not a conferral of a particular potestas gubernandi.

At this point, what will happen if a pope decides to renounce? Will it represent only the cessation of a canonical mission? These are issues to be defined because, in the end, the future of the pontificate is at stake on these apparent nuances.

For some time, there have been rumors of a “coadjutor project” regarding the papacy, or the idea of arriving at the election of the successor of a pontiff while the incumbent is still alive to be able to quickly define the succession in the event of an impeded see or renunciation. If this were an actual project, then there would be the paradox of a pope emeritus who, having ceased his canonical mission by personal choice or perhaps aware of only having a few months to live, could influence the conclave that will decide his successor.

Is this what Pope Francis wants? Up till now, the Pope has had a very rich pontificate from a legislative point of view. But, then, it was mainly a question of legislation on functioning, competencies, and decisions. It has been about the “secular” government, if one pardons the expression, which also touched on issues such as the response to abuses and Vatican finances. There are, however, no significant doctrinal positions, about which Pope Francis has always preached discernment.

This is really the question: whether the reform on a vacant and impeded see will be only a series of management rules or whether it will have a fundamental underlying philosophy that will give the Church direction. That is, whether it will be a secular reform or a spiritual reform. And there is still this paradox of Pope Francis, who rightly speaks of a necessary spiritual conversion, but then, at the end, takes measures of a secular type. An issue that also came up during the last consistory.