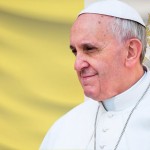 In July, Pope Francis is usually on vacation. He takes advantage of this period to prepare the calendar for the upcoming year and set the basis for what he will do from September on.

There are no official news. However, some clues help us to understand the overall situation.

The first clue is that Pope Francis will almost certainly not make any trips in the short term. Monsignor Mauricio Rueda Beltz, responsible for the Papal trips, has been transferred to Lisbon as counsellor of the nunciature. It is a penultimate step before being promoted to nuncio. No one replaced him, which implies that a Papal trip is unlikely. The Papal trips require long preparation, and they are also expensive for local governments. It is impossible to support that for now. Also, the Pope is not getting any younger, and traveling is ever more difficult for him.

The second clue is that there will likely be a Curia reform, but not in the way we could have expected. The Curia reform is proving to be way more complicated than expected. Some of the Council of Cardinals’ members indicated that the new “apostolic constitution,” the Praedicate Evangelium, was ready and was going to be signed by Pope Francis on June 29. It did not happen.

Considering that the Pope has already implemented some of the reforms without issuing the reform, everything is likely stuck on small details. The reform will be crucial for the expected Curia reshuffle.

The third clue regards the Curia reshuffle. Perhaps, they will be slower than expected. Until now, the replacement schedule is seemingly at a halt. Cardinal Robert Sarah, who turned 75, has been confirmed at the helm of the Congregation for the Divine Worship until the Pope decides otherwise (donec aliter provideatur). However, there are five other prefects beyond 75, who have thus reached and surpassed the retirement age.

The replacement of Cardinal Beniamino Stella at the helm of the Congregation for the Clergy seemed to be imminent. Bishop Daniele Libanori, auxiliary of Rome, appeared to be the chosen one to become the new prefect. It did not happen. It seems that, out of the blue, Libanori’s star stopped shining. It is not a new thing. It often happens that preselected people drop off the radar.

Currently, all the heads of Vatican dicasteries are to remain in place until the Curia reform is finalized. There will be no further replacements, and everything will be suspended. However, this scenario might change out of the blue.

In a year with likely no international trips, Pope Francis might focus all of his efforts within the Vatican, to carry out that “change of mentality” he has been advocating for since his election.

The real issue is how to effect that change of mentality. Until now, Pope Francis proceeded by fits and starts, assessing time and again the steps to make, without a real final design. For Pope Francis, the change of mentality is mostly about blocking every attempt at careerism. Nobody is now ever certain about a career because nobody knows how long they are to remain in a position. Pope Francis made it clear that, at a maximum, he will keep people in their positions for only two consecutive five-year mandates.

Despite many reshuffles and a Curia that has profoundly changed, not much has evolved in the Vatican. There have been many little reforms. It is unfair to say that Pope Francis has been a Pope of mere gestures. He ruled through legislation, and the documents prove it. However, thee Vatican reshuffles under Pope Francis have generally shown a return to the past, rather than a glimpse of the future. Will Pope Francis do something different from now on?

The legislative work is another challenge. Pope Francis will likely sign new bills and regulations, starting from Curia reform and the reform of the Financial Intelligence Authority that is already underway. During this past year, Pope Francis also signed a bill on procurements, updated the Vatican juridical system, and made some administrative changes in the financial departments.

It will be hard to hold consistories anytime soon. Cardinals find it challenging to come to Rome, and the number of voting cardinals already surpasses the limit of 120 established by Paul VI and never revoked. The Council of Cardinals will hardly gather, either: during the COVID 19 outbreak, the Council has not met at all.

Indeed, Pope Francis’ Church after COVID will be a less synodal one. Pope Francis has always acted as a guarantor, preserving an idea or defending a process, while his interventions have always supported the job done. The Pope, in the end, always makes himself the big decisions.

Now, the gatherings will be even fewer. So, Pope Francis will meet more often and rely even more on the most faithful of his friends: they will have the “keys to the kingdom” and will be able to stimulate some reforms.

Another forecast is that Pope Francis will have to fight with this circle he has around him. More and more, it has been said that apart from Pope Francis’, there is a hidden agenda at work. This agenda has been around since after the Second Vatican Council. It is an almost secular agenda for a transformation of the Church. This agenda will be pressed upon the Pope with even more strength. The promoters of the agenda will call on Pope Francis to effect some changes and will disguise these changes as superficial. As if a footnote, but one that has a robust, specific weight, though.

One Response to Pope Francis, the upcoming challenges