Pope Francis, how to get out of the crisis? Pope Francis, the reactions to an Italian cardinal a key to understanding the current debate

Pope Francis, the way he governs 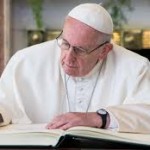 By the end of the year, the draft of Praedicate Evangelium should be out. The Praedicate is the pastoral constitution that will reform the Roman Curia. The first draft of the Curia reform was strongly amended. During the last meeting of the Council of Cardinals, the draft was given a second read. Now, the Council is working to harmonize the draft and to make it coherent, also from the juridical point of view.

However, the Curia reform is not at the center of Pope Francis’ thought. Pope Francis was elected with the mandate to reform the Church. He does not reform through the structures; he reforms through people. The real Pope Francis’ reform is that of new bishops or new cardinals, along with increased importance given to the local Churches.

Pope Francis is not a man of the institutions. He is, instead, a man of the people. The notion of pueblo is central to understand how Pope Francis conceives governing. To Pope Francis, structures should be involved in consultations, but they are not decisive. On the one hand, there is a push for decentralization. On the other hand, there is a decision-maker Pope that centralizes all the powers on him. By the way, the Pope can legitimately do that.

The Special Synod on the Panamazonian Region paved the way for another trend, perhaps underestimated until now. Already in the apostolic exhortation Evangelii Gaudium, Pope Francis praised the role of the local Churches, and event theorized that bishops’ conferences could be given some doctrinal power. Since then, Pope Francis has mentioned documents from the bishops’ conferences in his papers and encyclicals.

The rumor that the Pope was aiming at a federation of bishops’ conferences, each with its characteristics, has been circulating for a while. During the Synod, this possibility seemed to become more concrete.

During the Synod, the establishment of an Amazonian rite was requested, too. That is, a rite inculturated in the Amazonian tradition, something similar to the Zairean liturgy.

The establishment of an Amazonian Church might be too far-sighted. If it happens, it would be at the end of a long path, which has to be paved step by step. Some of the participants of the Synod figured this out clearly during the Synod. Also, some of the seemingly more moderate proposals were interpreted as the first step towards a substantial change.

This focus on bishops’ conferences, de facto, makes the Roman Curia reform less crucial. Once, the Curia was the reference point for the bishops’ conferences. Rome issued guidelines, and whenever there was a sort of decentralization, problems arose. For example, on the crisis for the sexual abuse of minors: as long as decisions were given to the local Churches, abuses were hidden. Only when the competences of the abuse were moved back to Rome, the Holy See could commence the cleaning up.

The Curia served the Pope and all the structures. But, nowadays, the Curia is always less critical because the Pope himself does not use the Curia. Pope Francis governs without the structure or uses the structure when needed. With Pope Francis, reforms have come out before the meetings of the Council of Cardinals, with rare exceptions.

To understand the pontificate, one should look back at its beginnings. Some of the statements released pointed to a particular direction the Pope wanted to take. For instance, Archbishop Rodríguez Carballo, secretary of the Congregation for the Institutes of Consecrated Life, underscored in 2013 that Pope Francis noted that Canon Law could be changed – at the time, with regards to the need for a longer novitiate within the institutes of consecrated life, for better discernment.

Pope Francis’ pontificate is pragmatic, it does not foster institutionality per se, but uses it when needed and marginalize it if a cause of problems. It is a pontificate that concentrated powers in central structures and awaits that the same will happen in the peripheries. A papacy characterized by Pope Francis’ image of the polyhedron, where differences must be valued, also with new juridical structures, a new rite, or even a sui iuris Church.

Yes, it is a pontificate that governs, but that does not believe in governance. There will hardly be another pontificate like this in history.