Pope Francis, the world after the coronavirus 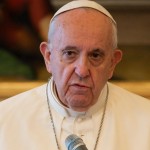 Pope Francis often says that crises must be turned into opportunities. This is one reason why the new series of Pope Francis’ catecheses during the general audiences on Wednesdays is dedicated to the social teaching of the Church in the time of the pandemic.

This is a significant choice. For Pope Francis, the pandemic and its consequences represent an opportunity to re-start from zero. These catecheses reveal how Pope Francis imagines the world should be.

Truth be told, much could be understood from the apostolic exhortation Evangelii Gaudium and the encyclical Laudato Si. Both of these documents appear to be the guidelines of the first catechesis delivered. What the Pope is saying is not new. However, the Pope is seemingly coming out, showing his will to affirm himself as a political leader, rather than as a spiritual leader.

In the end, Pope Francis has always paid particular attention to politics. He was very much at ease at the European Parliament and the Council of Europe in Strasbourg in 2014, and when he addressed the United Nations general assembly in 2015. Pope Francis’ political thinking is well established, and he has a need to share it with a political vocabulary. It seems that the spiritual and the political streams never merge, in Pope Francis. They both have the same guiding principles, prayer and faith, but politics and religion seem to flow in parallel and with separate vocabularies.

During the Aug. 19 general audience, Pope Francis made some concrete proposals. He noted that a vaccine against the pandemic must be accessible to everyone, also to the poorest. He called for the development of a new economy, more inclusive of the poor and the marginalized. He pointed the finger at the current economic model, that often does not even “care for the common home.” He established four criteria for entrepreneurship: to help the excluded be included, to lift the most downtrodden on earth, to promote the common good, and to care for creation.

Pope Francis said that these proposals must be put into practice starting from the love of God. The Pope also noted that choosing the preferential option for the poor does not mean playing politics, but following the Gospel. However, Pope Francis’ speech lays circumscribed in pragmatic political environments and does not look for a broader framework.

Perhaps the upcoming catechesis will set a different path. Until now, by the way, Pope Francis has looked upon the world from a particularly pragmatic point of view. Although he always mentions God or refers to God, he often pivots his speeches to concrete solutions that cannot apply to every situation. The Pope is not an expert of everything, and no one can be. At the beginning of this series of catecheses, the Pope said that the Church has no cure for the pandemic, but that she can point to a way out of it.

The question is: which way out? Pope Francis often indirectly responds to the criticism levied against him. When he underscored that the preferential option for the poor is based on the Gospel and not politics, he is responding to some of this criticism.

At the same time, Pope Francis engages in politics. It is one of Pope Francis’s contradictions. He does not engage in politics by reiterating the notions of the Social Teaching of the Church. However, they are an essential guideline for any catholic committed to public life. The Pope engages in politics whenever he proposes some realistic possibility. He, in the end, responds to particular issues that turn into universal matters by his speaking about them.

One exemplar case is the letter he sent to the popular movements on Easter. In the letter, Pope Francis even proposed a guaranteed minimum living wage for those who are “officially” without a job and are at the margins. The proposals are a very pragmatic response to a particular problem and clearly shows where Pope Francis stands.

All of Pope Francis’ rationale is born out of a real experience, that of Latin America. Although the Church in Latin America has been working for a long time now to cleanse herself of the political excesses of Liberation Theology (in Argentina, Cardinal Bergoglio was a follower of the Theology of the People), the Church is still deeply committed socially and thus holds political points of view. It is a necessity: the social situation in Latin America is complicated, and the Church’s voice is often the only one raised for the poor.

For this reason, Pope Francis’ thought cannot be anything but political. It comes from real experience and tries to provide concrete solutions. Sometimes, Pope Francis’ reflections appear to be problematic because hey give room to the so-called globalist agenda. However, Pope Francis is not seemingly leaning toward any globalist agenda. The issue is different: notions like the preferential option for the poor, caring for creation, and helping migrants are such broad notions that nobody can oppose them. On the other hand, the way they are treated often leaves room for mainstream agendas to engulf the Pope’s words.

The Church and the Pope lack their own language, to make distinctive and impactful her thoughts. Nowadays, the Church follows after the situations, and she also abandons the use of a specific vocabulary to discuss the issues.

Deep down, Pope Francis’ Wednesday catecheses, so pragmatic in notions, reveals a crisis of thought within the Church. This crisis risks having the Church lose the battle. Everybody concurs with the Pope and appreciates him. For the long term, what the Pope says will no longer be enough. The world after the coronavirus is a different world, and the Church – the Pope is right on this – cannot come to terms with it using old schemes.

On the other hand, nor can the Church come to terms with it just by looking at pragmatic solutions. There are, it is true, proposals for a new economic model, but the people of God also need spiritual comfort to work things out and put into practice the Church’s teaching. Otherwise, the Church, as a people, will be like any other peoples, even after the coronavirus.

One Response to Pope Francis, the world after the coronavirus