Pope Francis, three signs of how the reform is taking shape 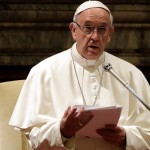 Last week, three signs showed that Pope Francis is definitively shaping the Curia reform he has been working on since the beginning of the Pontificate.

In strict chronological order, the signs are: the establishment of the new academic program in Sciences for Peace at the Pontifical Lateran University; the request to the US Bishops’ Conference not to vote on new guidelines on abuse; and the appointment of Archbishop Charles J. Scicluna as adjunct secretary to the Congregation for the Doctrine of the Faith, while he maintains the position of Archbishop of La Valletta.

These three moves anticipate somewhat the contents of Praedicate Evangelium, the new Apostolic constitution that will regulate functions and tasks of a renewed Roman Curia.

The Pontifical Lateran University has a special bond with the Vicariate of Rome, and so it is considered the Pope’s university. The establishment of an academic program in Sciences of Peace seem to be the first piece of a wider project.

In the spirit of the reform of Pontifical Univerisities outlined in Veritatis Gaudium, the Pontifical Lateran University is the perfect candidate to form the future peace mediators and Vatican diplomats. It is a not a competitor to the Ecclesiastical Academy, which remains the place where the future nuncios are nurtured. But certainly, the program will contribute to the be formation of a new generation of Holy See diplomats, and finally to the establishment of an office of Pontifical mediations that Cardinal Pietro Parolin, Vatican Secretary of State, has sought since the beginning of the discussion on Curia reform.

In the letter that establishes this new academic program, Pope Francis also refers to the network of Pontifical Universities. The new program will not just involve the Pontifical Lateran University. All the universities linked to the Holy See are called to create a network, and work together for the common good the Church preaches.

Speaking at the inauguration of the Pontifical Lateran University Academic year on Nov. 11, Bishop Marcello Semeraro, secretary of the Council of Cardinals, explained that the notion of decentralization is among the main guidelines of the reform.

And the notion of “decentralization” was emphasized in Evangelii Gaudium, Pope Francis’ apostolic exhortation that provides the guidelines for the pontificate. However, the notion of centralization, as well as the notion of synodality, must be considered only within a necessary unity under Peter.

Through these lenses, it is easier to understand Pope Francis’ request to US Bishops, gathered for their annual assembly in Baltimore, not to take action on the new guidelines to counter sex abuse nor on a new lay-led panel for the protection of minors.

The Pope asked the Bishops to hold off, in light of the upcoming Feb. 21 – 24 meeting on the same issue among the presidents of all the Bishops conferences in the world to discuss wider general guidelines on sex abuse scandal.

Pope Francis’ request seems to be particularly addressed to the US Church. In Italy, the Bishops’ Conference set up an office for the protection of minors at the end of its Nov. 15 general assembly. After the scandal in Chile, also Chilean bishops set up a lay-led panel to counter the abuse scandal – this was actually before the Pope summoned all the presidents of Bishops’ conferences to Rome. However, in both cases the new panels are not intended to judge how the Bishops worked.

It is likely Pope Francis asked the US Bishops to hold off to avoid the perception of a US conference deciding independently, or even as a response to Pope Francis’ inaction, as the Pope is yet to decide on the Apostolic visitation request following the McCarrick scandal.

Beyond details, the guiding line seems to be that also local decisions must have the Holy See’s concurrence. This is also the rationale behind the February meeting. Synodality, in the end, does not mean that the Pope has to lose control of things.

Archbishop Scicluna’s appointment shows above all that the Congregation for the Doctrine of the Faith is still in charge of the abuse cases. It is the tribunal to which even bishops are subject to. It would not have been possible to establish an ad hoc tribunal to judge negligent bishops under the Pontifical Commission for the Protection of Minors, as it was once considered.

The fact that Archbishop Scicluna will stay in La Valletta show that, to Pope Francis, decentralization means that Curia positions go along a strong pastoral profile. One should not leave the diocese for the Curia, but should serve the Curia from the diocese. It is evident: the Curia is no longer physically centralized, under Pope Francis.

Finally, the choice to keep everything in the hands of the Congregation for the Doctrine of the Faith confirms that St. John Paul II and Benedict XVI made the best choices. Centralization and the obligation to report to Rome cases of abuse did not spring from an alleged need for a cover up, but rather from the need to have more transparency and ability to manage cases that otherwise were not well known.

During these years, Pope Francis established a special section for delicta graviora (the gravest crimes, including abuse) and also appointed its members. Still, the functioning of this new body is still a bit of a mystery. It is only known that archbishop Scicluna was named to the helm of the college of judges for delicta graviora, that the college was made of six members and that one of those members, Bishop Mollaghan, emeritus of Rosario, was going to remain in Argentina even as a member.

One of the meetings of the Council of Cardinals also discussed whether to establish local tribunals of the Congregation for the Doctrine of the Faith to tackle the abuse allegations. The proposal was left suspended.

Now, the appointment of Archbishop Scicluna confirms that the initial approach was good. Perhaps, the Chile crisis weighed on the issue. After the crisis, Pope Francis became aware that checks do not always work at the local level.

In the end, beyond the synodality, collegiality and decentralization push, the reform is aiming at creating a series of institutions that are autonomous, but at the same they move as one.

Pope Francis keeps his role of guarantor and decision maker. On the abuse issue, Pope Francis showed he wanted to take the situation in his own hands. He is accepting step by step the resignation of Chilean bishops, keeping their dioceses vacant and appointing only apostolic administrators in order to fix the situation. He also ruled that McCarrick was not a Cardinal anymore after the scandal about him broke out, and he also asked US bishops to wait for a common response that he himself was going to coordinate at the February meeting.

In the end, once again, Pope Francis showed he prefers centralization, rather than decentralization. He always maintained, after St. Ignatius, that the Church is the holy, hierarchical, mother.

Praedicate Evangelium will not likely have the ‘political’ impact many are hoping for. It will rather be a reorganization of the Curia office, with some decentralization of tasks but with the gaze set on Rome and on the Pope.

The reform will also be canonically grounded. Msgr. Marco Mellino was appointed adjunct secretary to the Council of Cardinals, with the task of reviewing the text. Msgr. Mellino will be also ordained a bishop, and has been appointed as a member of the Pontifical Council for Legislative Texts.

Also in this case, the Curia reform is shaped with strong decision making from the center.

Not by chance, Pope Francis’ entourage keeps on reminding all that Pope Francis’ real reform is the conversion of hearts, not the reform of structures. Some of the Papal decisions –like that of not creating Cardinal those who are in dioceses or positions that traditionally came with being created a Cardinal– show that the Pope is aiming to change a mentality, above all. For a deeper reform of structures, more time is needed.