Pope Francis, the German question risks putting the whole Church in crisis Pope Francis, what will the future of the Pontificate be? 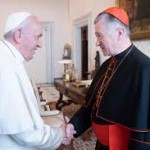 With Cardinal Robert Sarah’s retirement, the chain reaction of new posts in the Roman Curia has begun, which will redesign the balance of power of the Vatican. During the year, Pope Francis could change six heads of congregations and finally complete the text of the Curia’s reform, thus definitively remaking the Vatican in his own image.

What Pope Francis’ next moves will be, it is difficult to predict. Several times, Pope Francis has made it known that he feels astute, and several times he has shown that he does not like people knowing what he is working on.

The Pope does not want to be influenced; he makes decisions on his own (many of the Curia reforms already in place were decided before the Council of Cardinals’ meetings that should have issued them).

He even has his schedule of meetings that do not pass by the Prefecture of the Papal Household nor by his personal secretariat. Pope Francis’ decision of not keeping his secretaries for more than five years of mandate allowed him to have no collaborators who are also his “gatekeepers”. He is the only one who decides who he sees and who he doesn’t, even at the cost of having to manage too many things together.

It is not surprising, then, that Pope Francis also tries to hide his final decisions. It is challenging to predict who will he appoint to important positions, or even the exact day he will convene a consistory and what the new red caps will be.

Therefore, it is even more challenging to understand how the “chain reaction” of Vatican appointments will be managed. There are clues, of course. But hints don’t always prove things. And the clues testify that Pope Francis is looking carefully at three personalities (two bishops and a cardinal) for three key positions.

Pope Francis would have asked each of them about their willingness to leave diocesan offices to be transferred to the Vatican. Availability, of course, does not mean that the Pope will then actually call these people to Rome. On the other hand, however, their being called could be probable for two reasons.

The first is that Pope Francis could thus form a Curia in his own image and likeness. The Pope would not choose people who have already been groomed in Rome, but people from the outside, who could therefore break with a certain Curia mentality – and it does not matter if this is the right mentality or not: it is a mentality that for the Pope must be changed.

The second is that the Pope would bring his loyalists to Rome. The three owe to Pope Francis their entire ecclesiastical careers, visibility, responsibility, and, in the case of Cupich, even being a cardinal. They would never go against the Pope’s decisions, and they would never resist. Incidentally, much of the so-called “resistance” to the Pope’s reforms is reasoned criticisms by people who see risks and problems. It is not necessarily a question of criticizing the Pope, but of trying to help the Holy See, highlighting some critical issues.

Pope Francis, however, seems to have decided to move forward with the reforms, and to do so with faithful people, who have never been in the Vatican system, who can go beyond the “it has always been done this way” – a problem the Pope has been talking about since Evangelii Gaudium.

Pope Francis has shown a particular fondness for these prelates. He met Bishop Viola in Assisi during his first trip to Saint Francis’ city in 2013, when Viola was president of Caritas. He appointed him to Tortona, a very particular and challenging diocese in Italy because it borders three different regions. He included him as a member of the Congregation for Divine Worship and the Discipline of the Sacraments.

Cardinal Blaise Cupich has become the Pope’s point of reference in the United States. He represents a vision opposed to the line of “cultural warriors.” He also clearly contested a statement by the US Bishops’ Conference on the new president, Joe Biden, a Catholic by name but democratic in political choices and a promoter of pro-choice policies and gender ideology. Pope Francis included Cupich as a member of the Congregation of Bishops and the Congregation for Catholic Education.

Bishop Robert Prevost, an Augustinian missionary, has served as bishop of the Diocese of Chiclayo in Peru since 2015 but is a native of Chicago. Unusually for a mere bishop, he finds himself a member of both the Congregation for Bishops and the Congregation for the Clergy.

If these appointments were to materialize, they would be precise signals of a change of course. Pope Francis thus demonstrates that he has a long-term plan and that he has always had one. He has made few changes in the Curia since the beginning of his pontificate. He has waited for everyone’s terms to expire, in the meantime promoting a reform of the Curia. And now he begins to put his men in key positions. Besides, he has heavily modified the College of Cardinals, with seven consistories in seven years – a huge number, considering that John Paul II called 9 in 27 years. He could do it further, even by expanding the electoral base.

The Church after Francis seems thus posed to be a Church completely with the face of Francis. A less institutional Church, which in Francis’ mind, means a more missionary Church. A Church that is less linked to Rome, which in Francis’ mind means a less courtly Church. But are we sure that the institution and Rome were not indeed aids, and not obstacles, to the mission?