Pope Francis, are we already thinking about the day after? Pope Francis, the keys to reading his universal judgment

Pope Francis, towards the end or a new beginning? 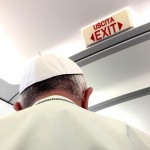 It is said that the Pope, speaking informally, once said that “it cannot be discarded that history will remember me as the one who has divided the Church.” That he actually said this is not officially confirmed, but it would be in line with the character. Pope Francis creates divisions, since he was provincial of the Jesuits in Argentina. He is authoritarian and makes tough decisions. There is a substantial difference between synodality and collegiality. The first involves a broad consultation but possibly a decision made by just one person. The second involves a shared decision. Pope Francis always speaks of the first, never of the second. It will be a significant decision, that will create some discontent.

The Lefevbrists, oddly, have gotten several concessions from Pope Francis. Despite being a schismatic community, their confessions and marriages were considered valid in the Year of Divine Mercy. The former superior of the Lefevrbians, Fellay, was also called to serve as a judge in some courts of the Congregation for the Doctrine of the Faith.

In practice, the Pope breaks the traditional front within the Church, with severe accusations reiterated in the motu proprio. One must chose: Stand with the Pope or with the world of traditionalists, to which he has already given many concessions.

It is a divisive option. Traditional communities account for many of the communities in France and much more in the United States, and are increasing all over the world. While some bishops even banned ancient vestments (it happened in Puerto Rico) in many other dioceses they tried reconciliation, in practice using their faculty as bishops and letting things continue as they are.

The Pope’s decision, combined with harsh language, which does not admit replies and goes so far as to accuse the proponents of the traditional rite of having worked to divide the Church, has not united but has divided. If before the acceptance of the Council was the central theme, now it has returned to being the liturgical celebration.

Interestingly, everything happens in a year after the Pope approved the new preface for the rite of John XXIII. Interestingly, this plan had already been underway for some time, pressed by progressive circles, but the Pope had not put it into practice until now. What happened?

One can only make hypotheses, not come to certainties. The attack on traditionalism was a constant in the pontificate of Pope Francis, who does not seem to be a great lover of the liturgy anyway. He uses it, consecrates it, but he does not profoundly live the liturgy. He is a pragmatist, Pope Francis. Anything not equally pragmatic is either labeled as intellectualism or viewed with suspicion. There is a progressive fringe close to the Pope, and it was easy to show him the way to a new rigidity. Of course, it is said that no one had advised the Pope to use such a harsh tone. That came from him alone.

But the fact that the Pope persisted in writing that motu proprio in that tone shows that the Pope is now in the phase of counting enemies. The Pope wants to know who is close to him and who is not, who supports him at all costs and who does not.

Not only. The Pope seems to want to create opportunities for martyrdom. Not an end, but rather a fall in popularity that he will be able to justify with the resistance suffered by the Church in society. A clear dividing line will be created: those who are with the Pope, and those against the Pope.

His participation in the International Eucharistic Congress next September also seems to want to mark a division. On the same day of the Mass, the Holy See planned Cardinal Stephan Wiszysnsky’s beatification. And in the afternoon, the Pope will begin his apostolic journey to Slovakia.

It is, therefore, logical to think that many Poles will leave the International Eucharistic Congress just the day before the Pope’s arrival, just as it is logical to believe that the Slovaks will do the same to welcome the Pope into their country. In this way, do we want to weaken the International Eucharistic Congress? Or is the Pope simply creating competition for himself? Is he aiming for a division that can make him emerge even stronger as an authoritarian figure?

These are burning questions at a time when the transition seems imminent, even if it isn’t. We are beginning to think about the succession, this is undeniable. Indeed, Massimo Faggioli, recalling Alberto Melloni, stressed that “the freedom of the Conclave is at risk” by the rule that Benedict XVI wanted that a Pope must always be elected by two-thirds of the cardinals in the Conclave. A reform of the Conclave is proposed, which provides for fewer votes, a tighter timeline for the general congregations, and more time between the election of the Pope and his announcement, to check if the elected Pope has issues in his past that can be exploited.

Why, however, should cardinals not be able to communicate with the outside for long? Why should they be led to think that they may carry embarrassing issues from their past? Why a reform of the Conclave for the election to take place by a simple majority?

Because they are afraid of a second Bergoglio, probably, and they want to propose different candidates, more in line with expectations. Still, at the same time, it is known that the candidates proposed by the “mercy front” could have had problems.

Pope Francis, for his part, is thinking of succession. There will probably be yet another consistory next October, in which the Pope will bring in cardinals he considers close to his mentality. In the meantime, he makes enemies, even where there are none, and around this debate between friends and enemies, he builds his consent.

His illness has been undoubtedly a turning point. But only time will tell whether it is the beginning of the end, or an end of an era.

One Response to Pope Francis, towards the end or a new beginning?