Pope Francis, towards the final draft of the reform of the Curia? 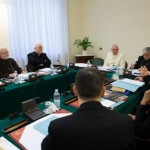 The meeting of the Council of Cardinals last May 6 served, according to the Press Office of the Holy See, to discuss “the working methodology that will have to be implemented for the revision and correction of some normative texts following the future entry into force of the next apostolic constitution.” It means that there is a text, that its publication is imminent, and that the Curia’s reform is ready. But also that the exact text must be further adapted. Indeed, even the legislative texts have to be adjusted to the new constitution.

The statement represents a further sign of Pope Francis’ modus operandi. When he has an idea in his head, there is no tradition, law, or obstacle that can stop him. He often repeats that we must not fall in the temptation of “it has always been done this way”. The Pope applies these words also to tradition or law.

Some say that Pope Francis’s pontificate is a pontificate of gestures. This is not the case. It is a very normative pontificate because the Pope has written and published many laws. In many cases, these were changes that occurred through a motu proprio or a rescriptum ex audientia S.S. That is to say, a personal document of the Pope and a signed note left after an audience. It is worth looking at those rescripts and those motu proprio to understand the impact that the Pope has had on the governance of the universal Church. And, together with those documents, the decisions about the collaborators, the appointments, must also be considered because through those decisions, the Pope “designs” the Curia and applies the rules that will later be in the new constitution.

Now, beyond the Apostolic Constitution, other documents are awaited, such as a reform of the Chapter of St. Peter or even further financial regulations, because the Holy See is increasingly moving towards centralized investment management entrusted to the Administration of the Patrimony of the Apostolic See. There was also a reform of the judicial system, followed a few days later by a reform that merged the office of the promoter of Justice of the Court and the Court of Appeal.

In practice, Pope Francis makes the decisions, and then everything has to adapt. In this sense, the statement from the Council of Cardinals is not surprising. At the same time, the statement suggests that there are problems.

When John Paul II promulgated the Pastor Bonus, the apostolic constitution that regulates the work of the Curia, there had been about twenty years of previous work. The work dated back to the time of Paul VI and was concerned first of all with practical-theological situations: what must be done to make concrete what the Second Vatican Council said? How can this concreteness be applied in the organization of the government of the Church? How do these innovations fit into canon law, how can they be aligned?

It was a modus operandi which, among other things, showed how the “novelties” of the Second Vatican Council did not arise from nowhere and actually took into account all the work that had been done before. Canon law could be changed according to circumstances, because it is the underlying structure for any reform.

Pope Francis’s approach to reform was utterly different. He has argued several times that the reforms are made “on the go.” In reality, deprived of an initial spiritual-theological discussion, the discourse has become very focused on the functions of the dicasteries and on their role, with little about the vision they bear.

It was the original sin of the pre-conclave meetings, focused on the practical problems of the Church, but with little attention paid to any given spiritual line that should be followed. During the sessions, there was talk of abolishing the Institute for Religious Works (IOR), limiting the power of the Vatican Secretariat of State, and creating a new narrative favorable to the Church.

Pope Francis, in the end, took this agenda of reforms and considered it as his marching orders because that was how it had been described. And he acted with concrete steps. Much of the reform responds precisely to the requests of pre-conclave meetings, from the Council of Cardinals to the idea of limiting the power of the Vatican Secretariat of State.

The real question, however, is how much these concrete reforms can be influenced. Without a guiding idea, everything can be manipulated. Without a theological vision, the Curia is just a structure like any other, and canon law a tool that can be changed.

Therefore, there is a real risk of making an institution like the Holy See, with its two-thousand-year history, less institutional. It is no small risk. From the text of the upcoming constitution, it will be seen whether this risk has been assessed.

One Response to Pope Francis, towards the final draft of the reform of the Curia?