Pope Francis, do the anti-abuse criteria say something about the overall reform? Pope Francis, a synod for the Church in Italy?

Pope Francis, waiting for the next moves 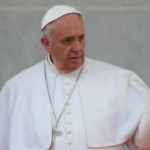 After all, Benedict XVI received Cardinal Sodano right before the Feb. 11, 2013 consistory – the consistory where he announced his renunciation. Ever since every meeting between the Pope and the Dean is carefully tracked.

However, there are no signs of a possible Papal renunciation. Moreover, the rumor was that Cardinal Sodano, now 92, would resign as the Dean of the College of Cardinals for health reasons.

If the rumor is proven correct, it would be the last step in a change of an era.

Cardinal Sodano is the only Cardinal that has lived through all the recent major seasons of the Church. Under John Paul II, he was nuncio and then became Secretary of State, from 1991 to 2005, and Benedict XVI kept him in that position until 2006.

Among Cardinal Sodano’s shadows there are also the allegations of cover-up of Marcial Maciel accusations, the founder of Legionaries of Christ who had a double life involving abuse and illegitimate children.

Despite the shadows, Cardinal Sodano has always kept his influence. He was the reference point for Vatican diplomats when they felt neglected, both in Benedict XVI’s and Francis’ pontificates.

Also, he was able to understand the times. The Dean of the College of Cardinals delivered a pre-conclave homily that, from hindsight, proved that the Cardinal already understood how things were going to play out in the Sistine Chapel.

A change of the guard is now physiological. If it takes place, it will take place in a profoundly different Church.

The Dean of the College of Cardinals has always been a Cardinal of the order of bishops. According to a tradition established in 1150 by Pope Eugene II, the title of Bishop of Ostia, one of ancient Rome’s suburbicarian dioceses, is always added to the titles of the Dean.

If Cardinal Sodano resigns, all eyes will be set on the selection of his successor. Much will depend on the mood of the moment, considering the general situation of transition.

Even the Vatican Curia is experiencing a change of the guard. One could say that Pope Francis’ Church starts now.

Pope Francis is likely waiting for the final draft and publication of Praedicate Evangelium, the new pastoral constitution that will regulate the functions and tasks of the new Curia offices. After that, Pope Francis might fill in some positions.

Cardinal Ravasi, president of the Pontifical Council for Culture, already turned 75, the age limit for retirement. Pope Francis confirmed him in his position until he turns 80.

The Pontifical Council for Interreligious Dialogue has no president since Cardinal Jean Louis Tauran passed away in July 2018.

The General Secretariat of the Synod of Bishops is led by Cardinal Lorenzo Baldisseri, who already turned 78: he wants to keep the position until the end of the Special Synod for the Pan-Amazonic Region, to be held next October.

Cardinal Beniamino Stella, Prefect of the Congregation for the Clergy, already turned 77. Considered very influential in Santa Marta (where Pope Francis lives), he already surpassed by two years the age limit of 75 for retirement.

Cardinal Leonardo Sandri, the prefect of the Congregation for the Oriental Churches, turned 75 last November.

Cardinal Marc Ouellet, prefect of the Congregation for Bishops, will turn 75 next month.

It is thus evident that Pope Francis is called to put into effect a wide generational change.

The effects of this generational change must not be underestimated.

In the end, what will Pope Francis’ Curia look like?

For now, there are just speculations. Archbishop Pierbattista Pizzaballa, currently the administrator of the Latin Patriarchate of Jerusalem, could take over the position of prefect of the Congregation for Eastern Churches.

There are no rumors about a possible replacement of Cardinal Stella, while a new head of the Pontifical Council for Interreligious Dialogue is awaited.

The position of prefect of the Secretariat for the Economy was left vacant. Cardinal Pell got back to Australia in a leave of absence to clear his name and left the position at the end of the trial, that also coincided with the end of his five-year term. Cardinal Pell had also already turned 75.

If Claudia Ciocca is chosen, this would also raise another issue: with the excuse of the generational change, Pope Francis might start to fill laity and women into Vatican positions, following the trend inaugurated with the appointment of Paolo Ruffini as prefect of the Dicastery for Communication.

There are, in the end, many issues to clarify, even before the publication of Praedicate Evangelium.

One of the issues is this: how productive for the Holy See is the emphasis set on local bishops and the laity?

Whoever had a career outside of the Vatican and has not a solid faith is not a man of the institutions, but merely a man who works for the institution. What is lacking is bishops and laity able to feel part of the Church organization.

There is also the suspicion that the final aim is that of making the Church organization less critical.

Old traditions like that of the Cardinal bishops are abandoned, while positions are given for five-year terms so that the Curia will not have anymore a robust and lasting group of coworkers. In addition to that, all the dicasteries will be called “dicasteries,” and so all the topics will be considered on par.

These decisions can also undermine the sense of belonging experienced by those who work for the Holy See. This will be a critical point of the reform.

This is the kind of reflections provoked by the rumor on the possible resignation of Cardinal Sodano. That would be the end of the era of the Vatican Statesmen.