Pope Francis, what if he shuts down Ecclesia Dei? 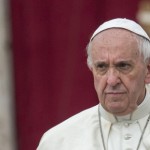 After 30 years, the Pontifical Commission Ecclesia Dei might cease to exist. Established by St. John Paul II right after the Lefevbrist schism in 1988, in order to entertain a dialogue with traditionalist parties, the commission was reformed by Benedict XVI with the 2009 instruction Universae Ecclesiae. The instruction linked the commission to the Congregation for the Doctrine of the Faith, since the issues were now mostly doctrinal. Pope Francis might take it a step further, turning the commission into a mere office of the Congregation for the Doctrine of the Faith.

The news was given with certain concern by the traditionalist blog Messa in Latino on the 26th of December. The same blog added these revealing comment to the already published post: “The suppression of the Ecclesia Dei Commission corresponds to a long time wish of the St. Pius X Priestly Fraternity, that has always seen the commission as a guarantor of competitor traditional groups that are in communion with Rome.”

What would Pope Francis’ decision mean?

If Messa in Latino was right, Pope Francis would be showing a preference for the Society St. Pius X, the SSPX, also known as Lefevbrist.

This preference could be seen in many clues. For the Extraordinary Holy Year of Mercy, Pope Francis decreed that confessions and weddings celebrated by SSPX priests were canonically valid. It was a step towards reconciliation. Confessions and marriages need specific authorization to be considered valid, and the effective validity of marriages celebrated by Lefevbrists had been questioned. The Pope made the decision to consider all of them valid. It was 2015.

In that very year, Cardinal Aurelio Poli, archbishop of Buenos Aires, gave the green light to the Argentinian government to register the SSPX as a “diocesan association”. A great SSPX pilgrimage to Lourdes was given permission to have their priests celebrate the Eucharist in the Basilica of Lourdes. Always in 2015, the then SSPX superior Bernard Fellay was appointed by the Congregation for the Doctrine of the Faith a judge of first appeal in a case of abuse that involved a SSPX member. The SSPX has always appealed to Vatican authorities in delicta graviora cases (the gravest crimes, that include abuse), but it was the first time the Congregation for the Doctrine of the Faith appointed Bishop Fellay as a judge.

After the appointment of Fr. Davide Pagliarani as new superior of the Fraternity, Vatican – SSPX talks continued. Pagliarani met on November 22nd with Cardinal Luis Ladaria, prefect of the Congregation for the Doctrine of the Faith. A SSPX press release after the dialogue stressed, once again, that issues of disagreement are mostly doctrinal.

Pope Francis’ alleged decision to dissolve Ecclesia Dei would follow Benedict XVI’s path: the Pope emeritus linked the pontifical commission to the congregation because the disagreement was mostly doctrinal, as liturgical issues were no longer a problem after 2007 motu proprio Summorum Pontificum, which liberalized celebrations according to the old rite.

Benedict XVI rationale was simple: the old rite (vetus ordo) was not suppressed, and so any fundamentalism on celebrations could only generate splits. By overcoming the rite issue, only doctrinal matters remained to be solved.

It is worth remembering that the Holy See presented to the SSPX a doctrinal preamble that the SSPX would have to accept to rejoin the Catholic Church. Those who saw the document said that the preamble was “really the minimum requirements,” and included the society’s acceptance of the Second Vatican Council, which is a controversial issue for the SSPX.

After Benedict XVI had lifted the excommunication to the three bishops illicitly ordained by the SSPX founder, Bishop Lefevbre, the SSPX was also – according to well-grounded rumors – offered the possibility to be a personal prelature. The only personal prelature in the Catholic Church is, for now, Opus Dei.

The talks were conducted by Archbishop Guido Pozzo, president of Ecclesia Dei, but they did not bear fruit. The election of the new SSPX superior re-opened the issue, as Pagliarani is certainly more radical, from a doctrinal point of view, than Bishop Fellay, his predecessor, though Fellay was not easygoing with Rome.

The election of Pagliarani shows how the SSPX is struggling to keep the core of its identity.

It is noteworthy that under Pope Francis, dialogue with the traditionalist world was however more advanced with the SSPX than with other traditionalist labels, even when these were in communion with the Catholic Church.

There is the Fraternity St. Peter, established 30 years ago to welcome those who wanted to leave the Lefevbrist and that carries forward the charism of celebrating the ancient rite.

And there are more traditionalist realities that had problems with Rome during Pope Francis’ pontificate. For example, Familia Christi, a traditionalist group in the Italian archdiocese of Ferrara – Comacchio. Pope Francis recently sent as commissioner Rome’s auxiliary bishop Daniele Libanori.

In the past, the Fraternity of the Saint Apostles in Brussels was ousted by Cardinal Jozef de Kesel for unclear reasons – formally, because it was a French order, not Belgian. The Fraternity had been previously welcomed by Archbishop André Joseph Leonard, Cardinal de Kesel’s predecessors, and revitalized the St. Catherine’s church in Brussels, which was closed and was going to become a general market.

All of these congregations did not, however, enjoy the same Roman benevolence that the SSPX enjoyed. Obviously, they are all different cases, and each of them requires an in depth analysis. However, the ideological prejudice according to which Pope Francis would punish conservatives and reward progressives does not hold if one considers the bridges the Pope has built with the Lefevbrists.

Once again, Pope Francis’ way of governing is revealed. Why does he act this way, then?

One hypothesis can be advanced. While the Lefevbrists are a well structured and defined reality, and the dialogue with them can be sharp, traditionalist groups within the Church are, in the end, small groups, though the number of their followers is increasing. Pope Francis is likely more concerned of having many small groups within the Catholic Church than of facing a single group outside the Church.

Dialogue with the SSPX will not be possible on theological issues, despite hopes to the contrary. Dialogue on theology with small traditionalist groups within the Church can lead to a dialectic that can undermine unity.

Pope Francis has always stressed that unity need not be uniformity, but he also believes in the Holy Hierarchical Mother Church. For this reason, those who somebody considers “rebel” groups can be more problematic to him than the SSPX.

In addition to that, according to MessainLatino, the Lefevbrists had asked to talk directly with the Congregation for the Doctrine of the Faith, showing that they understood Pope Francis design. The Congregation is strengthening, as evident in the appointment of Archbishop Charles J. Scicluna as adjunct secretary. This appointment is part of a wider project which aims at centralizing decisions. In this project, the Congregation is a focal point, especially in tackling the abuse cases.

In the end, all of the indications point to Pope Francis progressively centralizing decision making. Dialogue is addressed from the center to the periphery, and not vice versa. Hence, the decision of sending a commissioner or looking attentively at the various peripheral realities within the Church.

If Pope Francis will carry out the dissolution of Ecclesia Dei, this must be examined. However, Pope Francis’ decision might not come immediately. It could simply be included in the new apostolic constitution on functions and tasks of the Curia offices, that Pope Francis wants to personally revise. Or it could be carried out now and then certified in the reform, according to the model of the reform while walking.