Synod of Bishops: from Montini’s dream to Francis’ nightmare Here is the reason why this Synod can be decisive for the next Conclave

Pope Francis, what is happening in the Vatican? 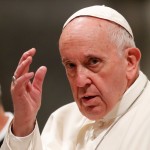 The raid by the Vatican police of the offices of the Secretariat of State and Financial Intelligence Authority is shocking. The raid raises to another level the Vatican internal discussion about the Holy See and reforms, especially financial reforms.

What is known is that the raid took place after “reporting by the Institute for Religious Works,” the so-called “Vatican bank,” and that it is about operations carried out some time ago.

It is also known – but not from official sources – that the raid brought about the seizure of electronic equipment and the suspension of five Vatican officials, two high ranking officials and three administrative staff.

These are known facts. The questions remain.

First question: why should an entity under oversight, namely the Institute for Religious Works, report on other bodies that oversee it, and in particular the Financial Intelligence Authority and the Secretariat of State?

Second question: why did the Vatican public prosecutor authorize this operation, and the authorization is not signed by the adjunct prosecutor Roberto Zannotti, who chairs the specific section on financial – economic crimes? (Possible answer is that the green light came directly by the Pope to the prosecutor, and did not pass through the Vatican tribunal).

Third question: the action includes two Holy See top-ranking officials, but also minor officials.If there was corruption, can this corruption be attributed to all of them? Low ranking officials have no power, not even to sign off, on decisions. The others work following strict procedures. There is a check and balance. They can implement or propose, but they can never decide.

The picture must be completed with some other considerations.

The Institute for Religious works recently made public its new statutes. Leaving headlines aside, the Statutes are in essence the same as the old ones, with some minor adjustments, a new emphasis on ethical finance, and the formal inclusion of the external auditing.

The press cheered the external auditing as new, but in fact, the Institute for Religious Works had hired external auditing for the balance sheet already in the mid-1990s. Instead, the new statutes seem to weaken the internal control, which is in general the competence of the Vatican City State public auditor. In the end, the new Statutes are not new. This can be easily understood by comparing the old and new statutes.

The Institute has been working on its image for years. Since 2013, the Institute for Religious Works publishes its annual balance sheet. It has been for years, by the way, that the balance sheet is published without much notice and no press conference. There is, in the end, no possibility for the journalists to discuss with the IOR top ranks how the Institute is managed. In particular, no one can ask why the Institute has reduced its profits by almost 70 million from 2012 to 2018. In 2012, profits were 86,8 million. In 2018, profits amounted to 17,5 million.

The new Statutes of the Institute were themselves approved on June 28, but they were published on a Saturday in August, with no further explanation and without a press conference to explain the news.

In the past several months, the IOR bragged about the trials against former employees, as if these trials marked the new era of the Institute. At least one lawsuit can be questioned. Paolo Cipriani and Massimo Tulli, former general director and deputy director of the IOR, were found guilty of mismanagement in February 2018. The verdict is currently under appeal. The IOR also requested them to pay off 47 million in compensation. The question is whether a general director or his deputy can handle the IOR investments since the Council of Superintendency must approve every decision they make. Must responsibility for the money loss be attributed to Cipriani and Tulli? And can the lack of profits of the last seven years be attributed to the former management?

There are other open issues. The news of the raid came the day after the Institute for Religious Works activated the Vatican IBAN. The Vatican IBAN code is a consequence of the Holy See entrance in the SEPA (Single Euro Payment Area). The Holy See joined the SEPA in November 2018, and it has been operating in the SEPA since march. With entrance in the SEPA, the Vatican juridical framework gets an important recognition. When a State is accepted within the SEPA, it means that its legal financial system is considered reliable in Europe.

The IOR has strenuously defended its image, filing lawsuits to overcome any shortcoming they saw. There have been news of several IOR lawsuits during past years. In this case, the suit turned into an attack on the Institution. The IOR attacked those who were investigating financial scandals, but in fact, the investigation did not lead to top-ranking officials.

The allegations are not disclosed yet. According to media reporting, the wrongdoing deals with a real estate deal in London (which already came into light in 2013) and mismanagement of Peter’s Pence. However, one must be clear on Peter Pence: it is not just for the poor; it also covers some of the Holy See expenses.

In the end, the Vatican raid leaves more questions than answers. The issues raised overlap with topics raised in connection with recent financial scandals of the Fondazione Bambino Gesù, while the ghosts of Vatileaks are back and, again, there is a number of leaks aimed at attacking the institution of the Holy See.

The situation seems to be a throwback of the transition now in action under Pope Francis. Everything is meant to change, especially in the Secretariat of State. It is emblematic that the investigation reportedly touches Monsignor Carlin, who was the secretary to Cardinal Angelo Becciu when he served as deputy of the Secretariat of State – Becciu was in the position for eight years, under Benedict XVI and Pope Francis.

The attack to the Institution from within the Institution is unprecedented for the Holy See. It shows the extent of the internal struggle. The battle seems to target particular situations. Those who attack claim to love the Holy See, but in the end, they question, even formally, its institutional framework. And they do so at a time when the Institution was reinforced.

Perhaps, this is the real issue. After years, the strengthening of the Institution limits some autonomy and breaks ancient chains of power, while forming new ones. So, the Institution experiences an immune deficiency ailment. This disease is not only about Vatican finances. Finances are just one battlefield. Healing the system is, in the end, very difficult.