Pope Francis’ Reform: How Will the New Dicasteries be Designed? Pope Francis: The “Trent Paradox”

Pope Francis, what is his idea of Church? 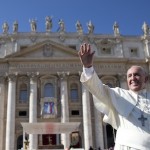 The Jubilee of Mercy will end next Sunday with a Mass concelebrated with the Cardinals who will be gathered in Rome for the consistory. As there are no recent shocking revelations or moves by the Pope, the information machine that aims at keeping Pope Francis in the spotlight circulated a rumor that he is preparing another earthquake for the Catholic Church.

Only time will tell whether this rumor is true or not. Certainly, there are many ideas about reform that Pope Francis could act upon. There is Cardinal Carlo Maria Martini’s dream, that is, the convocation of a Third Vatican Council, widely backed in liberal circles, that someone even speculates will be announced on November 20. There is the idea of an update of the rules for the conclave that has Pope Francis increasing the number of voting cardinals from 120 to 140. But perhaps the ultimate challenge might be another one that is already circulating, and that would cause people in and around the Vatican some concern.

Despite the fact that Paul VI accepted this argument and withdrew the idea, it is circulating again in view of a future conclave that seems to be very uncertain. Despite the Pope’s current good health, movements behind the scenes over the succession have already begun, and those who are doing the moving are not the so-called “discontents” labeled as conservative by an ugly media campaign. Manoeuvers over the election of the next Pope are being actively promoted by those responsible for the agenda currently being carried on behind Pope Francis’s back, by those who got him elected so that he could carry forward that agenda. Sometimes these individuals exert influence on the Pope.

Why are they already thinking about Pope Francis’s successor? This is easy to understand. Pope Francis is a shepherd, and he reasons like a shepherd. Many of his public statements are considered almost beyond Catholic orthodoxy, but they come directly from a pastoral solicitude that arguably puts mercy before justice. Pope Francis is a generator of many problems of interpretations, one might say; he is not a problem solver, but a problem generator, one might affirm.

Despite all of this, Pope Francis is not apparently thinking about a theological revolution, although that is what many people who support him are looking for. Pope Francis is thinking above all of a pastoral conversion, that is, a conversion, based on pragmatism. This pragmatism, almost cynical, is a fertile field for those who have been working to change the Church’s doctrine since the Second Vatican Council. But it is also a fertile field for those who have used Catholicism for mere reasons of power.

In order to understand Pope Francis’s Church one should try to understand who his most valued counsellors are and what the world around him is like. Certainly, those involved in getting him elected have a particular weight, as does the “gang of diplomats” that worked behind the scenes during the previous pontificate. The attacks against Pope Benedict XVI were in fact attacks directed against Cardinal Tarcisio Bertone, the Secretary of State who dared to take over the post without being a diplomat and without relying on diplomats. It was a crucial mistake. As a result, Cardinal Bertone was a target of an unprecedented enmity that was also deepened by some of his strategic mistakes.

Pope Benedict, however, did not give up. When pressures reached a climax after he had put the house in good order, and once he was aware that he was no longer strong enough to continue waging the war, he resigned from the Petrine ministry. He assumed full responsibility for the decision, and left everyone stunned.

The idea behind the candidature of Cardinal Bergoglio as Pope matured within the “gang of diplomats.” Bergoglio’s choice was considered the choice of a Cardinal whose first priority is a new missionary effort, but from a merely pragmatic point of view.

If this was the rationale, and other Cardinals accepted this rationale, why didn’t any of the participants in the conclave understand that some kind of theological reflection was needed at the foundation?

The answer is simply that Cardinal Bergoglio was all that the College of Cardinals was able to offer. A Pope, in the end, is the expression of an idea of Church, and the majority of Cardinals embraced the idea of a pragmatic and pastoral revolution since it would be unable for anyone to offset it with strong ideas.

This is ultimately the core problem of the Church. And there are consequences. For example, as Pope Francis reforms the structure of the Roman Curia and asks the Pontifical Academy for Life to include new members who are able to “dialogue with the world”, the role of a specifically Catholic Academy is gone. A Catholic Academy for Life should be a workshop of ideas, high level ideas, while bishops and parish priests are called to make these ideas understandable to their flock.

In the end a Pope that loves the pragmatic more than doctrine was elected, because many Cardinals were and are still not able to explain why doctrine is important and how it shapes life. At the moment, we can see the limits of this approach in that pragmatic reforms in the Curia are moving forward slowly because they are being managed without any clarity concerning a rationale. We also see that people are confused by various declarations coming from the Pope and from others that tend to give different interpretations to the same issues. However, up till now none of the Cardinals has been able to propose a different approach.

But the problem is even more profound. After the Second Vatican Council, the Church tended to be absent from the public arena. To make a long story short, the Catholic world marginalized itself on public issues, losing sight of its duty to be present in the public arena and to offer the social teaching of the Church as a path to achieving the common good.

This mostly happened in Italy. Whoever thinks that Italian history after the Second World War was influenced by Catholic politicians underestimates the fact that a good part of these Catholics were working for “the other side”. With John Paul II, Catholics came back into the public sphere. However, this latest, long era of Catholic presence in the public sphere did not bear long-term fruit, because, on the one hand, the Catholic world was still living in an inferiority complex toward the secular world, and, on the other hand, the public discourse was entrusted to Cardinal Camillo Ruini, a brilliant man who centered everything on himself since he was aware of the limits of others.

This centralization did not lead to the nurturing of a new generation of Catholics committed to politics, at least in Italy. It is not a coincidence that both Pope Benedict XVI and now Pope Francis have asked for this new generation.

Looking beyond Italy, the Catholic world mostly focused on social issues, or was divided on life issues, though in both cases the bishops did so in a manner detached from people. As a result their preaching slowly lost any impact.

Following us, there are generations of Catholics who are afraid to be committed in public life and who are afraid to stand out publicly as Catholics. They are mostly men of compromise, a sort of outcome of that “Roman” environment around Pius XII, profoundly linked – and fascinated – by the politics of the years of Catholic splendor after the Second World War.

Pope Paul VI accelerated the process of internationalizing the Curia and giving non-Italian clerics important posts in the Vatican in order to break this “Roman circle”. He succeeded up to a certain point.

The fact is that over the last 40 years the formation of priests has become more and more focused on sociological issues rather than on theological issues, and priests are not even encouraged to tackle the big issues during homilies. We have tepid priests now, tepid bishops and a College of Cardinals that is generally tepid.

This is how the education crisis touched the Vatican. During the 80’s, the Pontifical Council for Justice and Peace issued publications that previewed the economic crisis 20 years in advance. During 90’s, none of the Vatican consultors to the Pontifical Council spoke out about the new economic crisis, and the 2008 crisis changed the narrative so much that the publication of the encyclical “Caritas in Veritate” had to be postponed and updated. This is just one of many examples.

The Church has thus lost some of its prophetic power, and this is the reason why it is behind on many issues, with no awareness of being so. On the contrary, the clergy are now focused on issues that they deem new, but which are actually old.

There is no other possibility than looking backwards. Paul VI – Pope Francis has said multiple times – is his favorite Pope. He was a Pope who was also able to take unpopular decisions and to counter the spirit of the world with the encyclical “Humanae Vitae”. He was the Pope who actually started modern Curia reform, the reform that Pope Francis perhaps observes more – though he believes more in the reform of the profile of bishops.

In the name of his love for Paul VI, Pope Francis could then think about extending participation in the next conclave to the Members of the Council of the Synod of Bishops, although many of them are not Cardinals. Could this really be a solution? Not according to the Paul VI who withdrew the idea. The same Paul VI spoke out loudly when he issued his warnings in the encyclical “Populorum Progressio”. This encyclical became historical because of the very sociological sentence: “Development is the new name for peace.” But no one remembers that in the very same encyclical Paul VI stated, “the world suffers because of a lack of thinking.” And the world is still suffering from it.