Has the discussion on the next Pope already begun? Pope Francis, the rationale behind his realpolitik

Pope Francis, what is his real reform? 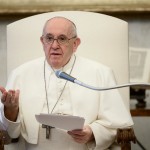 There are no detailed news about the temporary oversight of the association Memores Domini, part of the Communion and Liberation Movement. It is known that Pope Francis appointed a delegate, Fr. Gianfranco Ghirlanda, sj, who has become his trusted man when it comes to re-drafting the statutes of important congregations. It is also known that the oversight decree talks about “governance” and “spiritual accompaniment,” which may indicate a desire to change the board of the leaders of the association.

The issue goes beyond the association Memores Domini. It also shows Pope Francis’ modus operandi. During these years of pontificate, Pope Francis has often intervened in ecclesial movements. In 2015, when he met with Communion and Liberation members, he had harsh words, asking them not to be self-referential. The speech was in line with previous Pope Francis’ statements: the Pope has always invited big organizations not to be self-referential, to be a burning fire rather than ashes to be brushed under the carpet.

At the same time, Pope Francis has shown his preference for charismatic movements and not only the Catholic ones. Pope Francis’ goal seems to be to evangelize evangelicals, but his way. The Pope does not proselytize. He looks for spaces of dialogue. The evangelization by attraction that Pope Francis pursues is carried out with a pragmatic perspective on the significant issues, and a constant appeal to everyone’s conscience.

On the other hand, Pope Francis sees with suspicion the ecclesial movements, as well as the religious congregations, mostly because of the way they are organized. Pope Francis sees in the organizations a multiplication of powers and, in general, a closure to the external world. It is likely an experience Pope Francis lived first hand in Argentina, when, after he was a very young provincial of the Jesuits, he was marginalized by the Society of Jesus.

Pope Francis has the same approach with all large organizations. This approach is part of the permanent tension between people and hierarchy. Hence, Pope Francis’ skepticism toward the Order of Malta – the Pope pushed them to reform with a firm hand.

It seems that Pope Francis fears that the institutions might suffocate the sense of prophecy. In many cases, Pope Francis made it known, discreetly, that the historical leaders of movements had to step down and leave room for a generational change. When this did not happen, the Pope acted to get to this point across.

Pope Francis does not want people to stay too long in a top-ranking position. He does not want to back any “chieftains.” With the Curia reform, the heads of dicasteries and secretaries will not serve for more than two five-year terms. Pope Francis is already applying this norm, with many people at the end of their second term not extended in their positions.

After the two terms, a promotion is not guaranteed. Pope Francis mostly prefers to send people back to their dioceses or religious orders. They are thus limited experiences in government. Fr. Juan Antonio Guerrero Alves, prefect of the Secretariat for the Economy, has not even been ordained a bishop: he will go back to the Society of Jesus’ ranks once he ends his term.

This approach has some drawbacks. For example, there is no possibility of a long term program. The heads of dicasteries are somehow hostages of those who have worked in that dicastery for long, and those who have been in a dicastery for long have lower ranks, and so they are unable to make decisions. This leads to possible inactivity of the dicastery, or an activity merely based on the boss’ immediate preferences, with no possibility to offer significant proposals.

There is another problem: there will be no people able to govern and instructed in governance. Managing is considered a service, but not a specialized function. Instead, it is a temporary service, not necessarily to be exercised by highly trained professionals. The real professional functions are only in one’s longer term career.

The decision to assign a delegate to the Memores Domini association is part of this rationale. Fr. Ghirlanda’s reforms will inevitably call on the board of directors to become “more widely representative.” At the same time, the changes will further centralize the governance of the Memores under Communion and Liberation.

Communion and Liberation itself has been in internal turmoil since Fr. Luigi Giussani, its founder, passed away. Now, Communion Liberation might undergo another transition. There are rumors that Pope Francis will ordain CL president Julian Carron as bishop, thus compelling the movement to elect a new president.

Paradoxically, the lay-led movements are freer: the Pope can ask them to change the statutes, can exert some pressure, but he has a limited impact on the leaders. This is what happens with Sant’Egidio. Formally, Sant’Egidio has a president, but the charismatic leader is still Andrea Riccardi, founder of the movement.

Sant’Egidio is a movement that is very much based on concrete actions. It is, for the Pope, the other side of the coin of the lay movements. Pope Francis’ model leans between two kinds of people: those who get their hands dirty, rather than discussing issues of faith; and people with a simple faith, less intellectual.

We will see how the path of Communion and Liberation will develop. This will also be a sign about how Pope Francis views institutions.

One Response to Pope Francis, what is his real reform?