Pope Francis: What is the Real Shape of His Reforms? 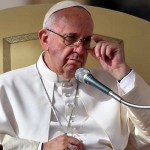 On the one hand, a well-defined international profile. On the other hand, particular attention to internal affairs, with a stronger Secretariat of State. The discussion over the Vatican’s ongoing reforms swings between these two poles. At the moment a definitive vision seems to be lacking.

It is worthwhile reporting the latest on Vatican reforms in order to understand the issues at stake.

Obviously, there are still some criticisms. MONEYVAL stressed that there are 29 reports of suspect transactions, that four reports have been passed on to the Promotor of Justice (the Vatican public prosecutor) and that 11.2 million euros are frozen. However – MONEYVAL noticed – no indictments have been made following these measures. In the end, such a well-designed framework should now get on with some achievement, that is, with investigations, indictments, trials and sentences. Nevertheless, the slowness of Vatican juridical procedures on financial matters is also due to the fact that most of these investigations are “transnational” and involve relations with other States. Time is needed to refine procedures. And this is also true for all the other States that underwent MONEYVAL evaluations.

The Secretariat of State was never forgiven for taking over the situation. The first leaks concerning Vatican finances, especially with alleged wrongdoings and unjustified expenses, were made right after the anti-money laundering law was re-drafted. Some of the leaks clearly came from the Italian financial world which was used to taking advantage of the international border between Vatican City and Italian.

Even under Pope Francis, despite the era of outsourcing, the path toward financial transparency was followed the way it was designed. A new anti-money laundering law has been issued, while the Financial Intelligence Authority has new statutes describing precisely its two-fold task of intelligence and prudential supervision. Europe appreciated this reform work.

Within the Vatican walls, polemics went on. While the “hidden Vatican” kept on designing the needed reforms, the Vatican’s old guard took charge once again and sought to take advantage of the ongoing discussion. The influence of the latter (that is, of people who had strong influence until Benedict XVI was elected Pope) created a certain destabilization of the Church’s institution. The attempt to destabilize found a fertile ground in Pope Francis.

Far from the curial machine, the Pope acted as Jesuits do, that is, by calling in consultants. This is the reason he agreed to establish a Council of Cardinals, an idea that circulated during the 2013 pre-conclave meetings.

The establishment of a Council of Cardinals was among the proposals of a draft for Curia reform that circulated during the last month of St. John Paul II’s pontificate. The proposal had been drafted by Cardinal Attilio Nicora. What was the rationale behind the establishment of the Council? One internal analyst said that the so called “council of the crown” was intended to avoid any loss of influence under a new pontificate, when the newly-elected pope would appoint a new Secretary of State. The draft also foresaw, according to this source, the dismantling of the Secretariat of State.

This proposal was revived during the pre-conclave meetings. Pope Francis adopted it, and then chose Pietro Parolin as Secretary of State. He was charged with serving as the Secretary in a Secretariat of State that was due to be divided into two different and separate departments. Cardinal Parolin worked hard to reverse this plan, and Secretariat of State returned once again as the central body of the Curia.

Cardinal Parolin did not take part in his own installation ceremony, due to a sudden, urgent surgery. But the ceremony took place, and Pope Francis was present, despite the absence of the main character. It seemed a signal that the Pope wanted to govern with an absent Secretary of State, thus showing no interest in involving the Secretariat of State.

Cardinal Parolin’s tour de force, however, was the way he took the control of related institutions, like the health care facilities. To begin with, he sponsored a papal rescript redesigning the board of the Bambino Gesù Pediatric Hospital, which is under the direct control of the Secretariat of State. The rescript limited the powers of the then president Giuseppe Profiti, considered close to Cardinal Tarcisio Bertone, the former Secretary of State. After the rescript, the governance of the institute changed and a committee of directors was established to work with the president.

Under Cardinal Parolin’s initiative, even the board of the foundation linked to Bambino Gesù was renewed. The new members were appointed in a calculated manner so that they could network with the lay world as well as with people from the former regime. The new board of the Bambino Gesù Foundation thus included Ferruccio de Bortoli, who was editor in chief of the prominent Italian newspaper “Corriere della Sera”, and Anna Maria Tarantola, who worked closely with then IOR president Ettore Gotti Tedeschi when she was working at the Bank of Italy. Gotti Tedeschi is the IOR president who received a no confidence vote from the Council of Super intendancy over which he presided.

The last move on the part of the Secretariat of State to control the Catholic health care facilities came about through another papal rescript. The rescript – issued December 10 – establishes a six-member commission under the Secretariat of State. This commission is meant to check the balance sheets and missions of the health care facilities belonging to religious congregations.

The commission is called the “Pontifical Commission for the Activities of Public Juridical Persons of the Church in the Healthcare Sector.” It is authorized to hire consultants, and its mandate will expire at a time to be decided by the Pope. Its mission, in part, is to help religious congregations to arrive at “a more effective management of their activities and to preserve and develop properties in a manner in keeping with the charism of their founders.”

The Commission is an outcome of several cases comprising a financial crackdown which involved Catholic – or Catholic inspired – health care facilities. The most famous is the bankruptcy of the IDI (Istituto Dermopatico dell’Immacolata), owned by the Congregation of the Sons of the Immaculate. IDI’s financial rescue was also the object of an internal Vatican discussion: the IOR was asked to loan money but decided not to be involved; the group was finally rescued by a loan granted by APSA.

More recently, the Don Gnocchi Foundation was investigated for salary dumping. Earlier a struggle for the management of hospitals caused a division in the Camillian Order in a power struggle (involving illicit and criminal behaviors) over the election of the new General Superior. The Camillians boast 114 hospitals throughout the world.

Wrongdoing occurred for different reasons. In many cases the main reason was naivety, in other cases there were embezzlements, and in other cases the Commission will have to assess whether being the owner of a health care facility really corresponds to the charism of the congregation.

However, the establishment of the Commission strengthens the Secretariat of State’s control over the Catholic health care system, identified as a neuralgic part of the Catholic world.

The Council of Cardinals which met December 10-12 also apparently decided that, beyond the super-dicastery of Laity, Family and Life, the other super dicastery will be named “Justice, Peace and Migrants” and not “Charity, Justice and Peace”, as was previously announced. The new name of the super-dicastery under discussion was given in a Holy See Press Office bulletin delivered December 12.

This way, charities would enjoy a budget autonomy. The Secretariat for the Economy would keep its function of oversight over Vatican organizations, the Financial Intelligence Authority would oversee the Holy See’s financial system. So, the Secretariat of State has worked to increase its control. At the moment, it is succeeding.

The next step will be to realize a Secretariat of State fully comprised of people appointed by Pope Francis. Archbishop Luciano Suriani, responsible for diplomatic delegations, has been recently appointed nuncio to Serbia. The Assessor of the Secretariat of State, Msgr. Peter Brian Wells, is rumored to be appointed soon as nuncio, probably permanent observer to the UN Office in Geneva. The new Secretary for Relations with States, Archbishop Paul Richard Gallagher, is already a Pope Francis appointment. The last piece of the puzzle would be the appointment of a new Deputy to the Secretary of State. Archbishop Angelo Becciu, the current Deputy, has often been considered ready to leave the post, and it was also rumored that he was going to be appointed Vicar for Rome. But he has kept his post, showed fidelity to the Pope and took the responsibility to speak out when needed.

Just as Archbishop Gabriele Caccia is ever more considered to be the possible new Deputy (he and Cardinal Parolin worked closely together, and were sent as nuncio and ordained bishop together), Archbishop Becciu is considered the perfect candidate to take over the post of Prefect of the Congregation for the Causes of Saints. This new post – Cardinal Amato is already over the retirement age – would secure him a red hat.

Many think that Pope Francis will hold a Consistory to create new cardinals February 22. If so, it will be full of surprises. Pope Francis is carrying forward a reform of the profile of bishops and cardinals, and he talks with a sort of “parallel Curia” of friends when he has to make important decisions. This is the reason that the “hidden Vatican” can carry forward the work it has already began. This is also the reason that members of the Curia are working to create new curial positions for themselves or to take over existing ones. Their discussions about reforms are in the end the way that the various “Vatican gangs” show their concerns. These concerns come out in newspapers by means of leaks, rumors or articles backing some agenda. But what appears in newspapers is “reform according to the media.” What will the real reform look like?

One Response to Pope Francis: What is the Real Shape of His Reforms?