Pope Francis, his ecumenical diplomacy in Ukraine Pope Francis, will there be a meeting with Patriarch Kirill?

Pope Francis, what promises have been kept? 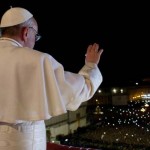 Last March 13 was the ninth anniversary of the election of Pope Francis. The moment Pope Francis came out of the lodge of Blessings and spoke his first words as Pope, a pontificate began that promised a lot and aroused many hopes. Now that we enter the tenth year of the pontificate, what are the promises that have been kept? And what will the legacy of Pope Francis be?

In his first speech, Pope Francis stressed that he wanted to begin a journey “bishop and people, people and bishop.” From the very beginning, Pope Francis wanted to mark his pontificate on the theme of the outgoing Church, which had also characterized his speech to the general congregations. And in those words, one could already find a push towards synodality, which led him to convene two special synods and celebrate two more ordinary ones, and finally to convene a synod on synodality with the idea of involving all the people of God.

How, however, has this thrust on synodality become something concrete? Pope Francis’ style of government has always been that of one man in command. The Pope took unpopular decisions, against any obstinate and contrary advice, as in the case of the abolition of the liberalization of the antiquor celebration of the Mass. After all, many had advised him against issuing the Traditionis Custodes as it was written, because it was quickly considered an act of war by some traditionalist groups. More than uniting, he would divide. But Pope Francis, like it or not, is divisive. He was so in Argentina, as provincial of the Jesuits, and also as archbishop of Buenos Aires, and he is even more so as Pope. Synodality should bring more participation. At the moment, however, it has brought more debate and disunity.

In his first greeting, Pope Francis prayed for the whole world to be a real brotherhood. Immediately, he wanted the promotion of the so-called culture of the encounter to be included in the press releases following the meetings with the heads of state. The theme of brotherhood then became central, first with the Document on Human Fraternity signed in Abu Dhabi in February 2019, then even with an encyclical, “Fratelli Tutti.”

Yet the theme of the fraternity was more difficult to make concrete. Not that Pope Francis is not committed himself, with an extraordinary personal commitment that has led him to engage in dialogue always and in any case, and at any cost. But precisely, this total willingness to dialogue has created imbalances.

For example, the proximity to the Sunni Islamic world, which led to five meetings with the Grand Imam of al Azhar and the document on Human Fraternity, had brought an imbalance in relations with the Shiite world. This imbalance was only partially resolved with the meeting with the Grand Ayatollah al Sistani in Iraq in March 2021.

And then, Pope Francis’ willingness to meet the Moscow Patriarch Kirill led to a joint declaration very unbalanced towards the Moscow side in 2016. Pope Francis was quick to define the declaration as “pastoral.” But not everything can be considered pastoral. Indeed, unbalancing everything on the pastoral side risks losing on the institutional side.

Pope Francis asked the people to bless him before giving the blessing. What did this gesture mean? After nine years, it looks almost like a legitimacy request. Pope Francis, who came from the end of the world, seems to interpret the Vatican as disconnected from history. He repeatedly stresses the need not to be tied to “it has always been done this way,” but it is the justification for every decision he makes that appears to create an imbalance.

But not only. Pope Francis’s greeting nine years ago already indicated that the Pope would have no doubts about choosing pastoral care over institutions. His choice not to wear the red mozzetta is a break not only with tradition but with pontifical language. That gesture said that the institution would be less critical than personal will.

We must make no mistake, Pope Francis is a Pope with a solid Catholic faith, deeply traditional in some cases, also capable of making exceptions concerning his way of thinking when he finds it convenient. But he is a pragmatic Pope and attentive to public opinion.

Since the beginning of the pontificate, every gesture has been underlined, starting with the payment of his room in the pre-conclave period. Of course, Pope Francis himself did not fail to personally explain some decisions in the press conferences on the plane or in interviews, but at the same time, he never tried to be precise in his answers. And this is because he is the institution, and no one can judge him.

If these were the promises, it must be said that they have been kept. The Pope broke the narrative on the Church, as was expected and hoped, but in doing so, he also hit hard the institution and its vocabulary. The consequence was that the institution became useful only when others considered it worthwhile.

The first great diplomatic success of Pope Francis was the restoration of relations between Cuba and the United States, the second the prayer for peace in the Holy Land in the Vatican gardens. However, the other mediations did not work (think of the one in Venezuela) for a Holy See that seems to have lost its essential role in the international arena.

The Pope has not lost it, whose gestures are always appreciated. Encyclicals and commenting on mainstream issues are always broadcast with enthusiasm (while the Pope’s comments are not covered when he speaks in a genuinely Catholic way).

Nine years later, it is the Church of Pope Francis. But the question is what will remain of the Church after the pontificate. That is: if all this centralization on the Pope will leave a void when Pope Francis is gone.

5 Responses to Pope Francis, what promises have been kept?