Pope Francis, what will the future of the Pontificate be? 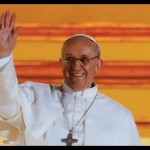 Some were thinking of a transitional pontificate. Others said that three or four years of Bergoglio would be enough to resolve some Church situations, and they shared information to well-connected journalists who published it. On March 13, however, Pope Francis reached the eighth anniversary of his pontificate.

The anniversary fell after a trip to Iraq, which in some way marked the Pope’s return to the world stage. The real question, however, is not what Pope Francis is in the eyes of the people. Instead, it is a question of understanding what the Church has become during Pope Francis’s pontificate.

In these eight years, Pope Francis has made his mark in the Church. But he did it audaciously. He increasingly centralized decisions and has always shown that, after all, there is only one Pope in command. While often speaking of synodality and collegiality, Pope Francis has always used all papal prerogatives: from those of making even theological decisions with documents such as rescripts to those, more secular, of asking for summary trials in the Vatican City State.

Pope Francis used keywords, which have always remained the same. If one wants to find his project of Church, one should look for it between Evangelii Gaudium’s lines. This document should have been a post-synodal exhortation. It became an exhortation of Pope Francis. In practice, the 2012 Synod on the Word of God did not have a conclusive document. Pope Francis immediately began to do new things. And he did so by convening two Synods on the family, one special and one ordinary.

It was a symbolic decision. Because the family was also an issue considered at the pre-conclave meetings of 2005, which later elected Benedict XVI, Cardinal Carlo Maria Martini brought the topic back to the table. It is not known how willing was Pope Francis about exploring the issues discussed before the election of Benedict XVI. Many, perhaps mistakenly, interpreted it as a sign that Benedict XVI’s Pontificate should be put aside.

The whole narrative around Pope Francis was built precisely to mark a discontinuity from Benedict XVI. And it does not matter if Pope Francis himself made meaningful gestures to show his closeness to Benedict XVI, also underlining that he must participate in the life of the Church and each time asking the newly created cardinals in the Consistory to visit him.

The Pontificate of Pope Francis has thus been the bearer of an image of discontinuity, and there is little point to see whether this is an actual or presumed discontinuity. It was as if it was decided that the life of the Church would be re-started with Pope Francis.

A Year of the Family dedicated to Amoris Laetitia, the Pope’s post-synodal exhortation, begins on March 19, among other things, the anniversary of the Mass for the beginning of the Petrine ministry. At the same time, the five years of the ecological encyclical Laudato Si are being celebrated.

At the beginning of his Pontificate, Pope Francis gave the heads of state and government who visited him copies of the Document of the Ecclesial Assembly of Aparecida of 2007, which he had helped to write as a member of the Editorial Committee. It was a clear sign that the guidelines of the pontificate would come from there. Today, Pope Francis gives all the documents he has written to the heads of state and government. Not that the other Popes haven’t. It is part of the usual exchanges of gifts and courtesies.

However, Pope Francis’s documents, while quoting a great deal, even too much, traditional texts or those of his predecessors, in reality represent a break because the style is discontinuous. Everything is fragmented when Pope Francis expresses himself. As one of the principles of Evangelii Gaudium says, realities are greater than ideas. This happens especially if the ideas are fragmented, seemingly without a unitary thought.

Pope Francis, however, indeed has a project for the Church. Except that he carried it forward audaciously. He did not preside over a real spoils system, except in some roles in which he could do so. But now, with six congregation leaders over the age of 75, he can finally change the Curia for good, to the way he wants it. New forces will arrive, and we will then see what orientation the Pope will want to give to his government.

Indeed, the government of Pope Francis until now has been on the defensive. The Curia has always been viewed with suspicion, while the most listened to councilors have always come from outside the institution and often without experience in the institution. Pope Francis does not seem to trust institutions, especially institutions with a history, because they prevent him from governing. A clue of Pope Francis’ approach is how he managed the Curia, often marginalized or used above all to promote some themes of the pontificate.

Eight years after Pope Francis’s election, the expected shock to the system, that the cardinals who wanted a change of narrative were talking about, has taken place.

What has not been understood, however, is the price to pay for this change of narrative. Pope Francis did not hesitate to make public what he thought of the Curia, of its illnesses, of the alleged careerism of many. It does not mean that there are no careerists in the circle of Pope Francis: there are, it is human. But they are protected in some way by personal acquaintance with the pontiff and risk finding themselves in important positions without even knowing why.

Pope Francis is a man who develops personal attachments easily, but at the same time, he lets go with great ease. The ranks of those who have lost his trust and disappeared from the radar, or have been marginalized, is long, and it does not concern only prominent people. In doing so, however, Pope Francis also creates division. Sometimes, being divisive is a good thing: it forces you to think outside the box. In a world like the Vatican, however, where everything is big and small simultaneously, being divisive causes bewilderment.

With the eighth year of his Pontificate, we are thus faced with a Church in waiting mode. It is not known what Pope Francis will do. Those who know him well say that he has had a project for some time and will carry it forward. The Pope is trying to break the chains of power in the Curia; he limits the mandates of prefects and secretaries to five years, he makes changes often, and when he does, he does not draw from the Holy See, but from the dioceses. One does not have easy access to the Pope. Only a few do. Very few, then, are listened to.

And perhaps, after eight years, he finds himself incredibly in a crystallized Church. By talking about the suburbs and the mission, he neglected to build a house for everyone. In Pope Francis’s mind, Vatican appointments must be temporary because the proper place of a priest is in the parish, and that of a bishop is in a diocese. Yet, a Holy See that works well and speaks with authority in the world is useful to these priests, defends them, gives them an independent institution to rely on. This institution needs to be looked after.

Pope Francis’ pontificate can no longer be described as a transitional pontificate. We know that Pope Francis makes decisions and has taken many, at the legislative and even canonical level. Many changes in positions will take place. It is unknown whether the new men who will arrive intend on preserving the Holy See or, more likely, to implement a plan in which the Holy See is only an instrument.

These are reflections to be made, looking not only at this pontificate, but also at the next because a lot will depend on how, after Pope Francis, everything will be rethought.

One Response to Pope Francis, what will the future of the Pontificate be?