Pope Francis and the question of the Order of Malta Benedict XVI, his gaze towards the future

Pope Francis, what will the next pontificate be like?

By Andrea Gagliarducci On 7 febbraio 2022 · 8 Comments · In Vatican 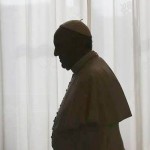 It is no mystery that one thinks of the succession of a pope when the Pope is still in office. And it is not even a mystery that, after the operation of 4 July, talk on a possible succession of Pope Francis has become more frequent. Pope Francis did not appreciate it. Returning from Slovakia, he made it known that some considered him already dead. Since then, the Pope has become even more unpredictable. And this has done nothing but multiply the talks, the meetings, the dialogues on the possible succession.

What is new in these dialogues is not so much that there is talk of the succession to the Pope. Instead, the differences between progressives and conservatives are ever more subtle, more and more nuanced, less and less clear-cut. There is general discontent with the pontificate. There are expectations for a change of the guard to start from scratch.

How has Pope Francis displeased everyone? Until now, Pope Francis has not looked to ideology. He looked, with lucid pragmatism, to who would help him manage power. He listened to everyone, but then he chose to go towards the solution that kept him safe from criticism. The Pope has always remained protected, despite challenging situations.

For example, on the sexual abuses in Chile, Pope Francis first ignored every signal and then sent a commission complaining about mistakes. Finally, he twice summoned the Chilean bishops, who all resigned.

The published report was careful to shield the Pope from responsibility on the McCarrick question, almost blaming everything on previous pontificates. The Pope approved the Congregation’s document on the Doctrine of the Faith, which said no to the blessings of homosexual couples, but then let it be thought, with vague statements emphasized by some press, that he had reservations with the approach. When asked about it during a press conference on the plane, he was vague.

Now, in the management of the trials in the Vatican, the Pope has personally intervened with four different rescripts. But he had also personally intervened in the London real estate deal, which generated profit despite the losses. The trial, at this moment, is still in the preliminary stages, and for now, it is presented as proof of transparency by the Pope. But will the narrative change if shown that this transparency serves to cover up some wrong actions?

These are recent examples that show how, in every situation, the Pope is free from criticism. Those who speak of a plot against the Pope do not realize that, after all, there have always been attacks on popes because it is the Church that is being attacked. Just think of Benedict XVI, still used as a scapegoat in situations distant in time and already clarified. Every tiny communication error becomes giant, with Benedict XVI. Not so with Pope Francis.

And this is probably because Pope Francis’ communication is centered on himself. The Pope’s interviews are about what the Pope thinks, and what he corroborates with pieces of Church history. The other popes starting point was the Church, always taking a step back from the role they held. Even with John Paul II, despite his evident charisma gathering crowds.

Pope Francis’ was, therefore, a change of epoch. In addition to the examples that show how the Pope kept his distance from problems, there are some contradictions in managing complex dossiers.

Vatican expert Sandro Magister has noted a disparity of treatment, for example, in three particular circumstances: the question of the Order of Malta; how the Community of Sant’Egidio is treated; and the expulsion from the community of Bose of his founder, Brother Enzo Bianchi, who was also considered a friend of Pope Francis, and whom the Pope had wanted at the Synods on the family.

These three examples show that there are no people whom the Pope always considers friends. Even the personal secretaries of Pope Francis have changed throughout the pontificate. This is because Pope Francis wants to manage everything personally. His strategy is to take power away from others. And so, no one has control. The particular secretaries do not have it, destined to be replaced and in any case unaware of the Pope’s many appointments. The dicastery heads do not have it, uncertain about the Pope’s decisions, and destined not to remain for more than two five-year terms. Not even the local bishops have it, forced to navigate precariously, hoping not to make serious mistakes.

This is how paradoxes happen. Out of an excess of zeal, Cardinal Antonio Cañizares, archbishop of Valencia, literally carried out the Traditionis Custodes, the instruction of the Pope, which, in fact, almost completely forbids using the ancient missal. Cañizares was, however, the cardinal who led the celebration of the Summorum Pontificum pilgrimage for the faithful who preferred the uso antiquor. Could he change his mind so radically?

At the same time, it was surprising that Cardinal Matteo Zuppi, archbishop of Bologna, instead applied the Traditionis Custodes less literally, immediately announcing the celebrations with the Tridentine rite would continue. Zuppi is a cardinal considered on the progressive front who would never have celebrated in the Tridentine rite.

In practice, everyone is looking for their own space, aware that an error could result in a reprimand by the Pope, who has never been afraid of letting go of those he has considered below par.

What could happen, then, in a forthcoming conclave? First of all, there will be no opposing blocs because the Pope, faithful to the principle of taking away power, has never made the cardinals meet in consistories, except when new cardinals are created. So there will be no notion of opposing sides. But, on the other hand, many individuals will need to understand what’s going on.

In general, some circles of cardinals say that “the mistake of 2013 will not be made again”. How, exactly, is all to be determined. Some cardinals say they have at least 41 votes to manage, but even that could be an uncertain figure. In the end, the cardinals vote as they want, as they feel inspired, and certainly not following a “party order.”

Pope Francis knows this. He is trying to secure the succession with a series of targeted appointments. It will probably be this way that he will “design” the college of cardinals in the next consistory, which shouldn’t take place before October, barring surprises. There is talk of at least 15 cardinals created, of which at least ten are electors, for what will be the first consistory after the operation for Pope Francis. With an overwhelming majority of cardinals in his image and likeness, the Pope hopes that they will choose someone who will follow the line of his pontificate.

It is not a given, however, that it will be a Francis II. It could also be a Paul VII, a pope from central Europe with outstanding competence in canon law, who can thus “fix” some juridical gaps in this pontificate. Everything is uncertain.

What comes to mind is that this uncertainty is intentional so that no one can organize with a view for a conclave. Everything must be uncertain because it must be clear that Pope Francis is the only one who has managed power.

But which Church will Pope Francis leave? Looking closely, he will leave a Church to be rebuilt, afraid even of taking initiatives, holding back men and evangelization. The result will be a Church that is perhaps too nice and not very empathetic. A Church that needs to advertise itself instead of evangelizing. These statements might seem strong. However, I think this is an eventuality not to be underestimated.

Is this what Pope Francis wants? We shall see.

8 Responses to Pope Francis, what will the next pontificate be like?