Pope Francis and the challenge of unity Pope Francis, the open questions on the financial scandal

Pope Francis, when continuity is paradoxically described as a break 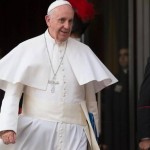 On May 31st, Pope Francis issued a procurement law for the Vatican. The law establishes the procedure to assign public contracts, centralizes processes, and harmonizes the budget proposals. The new bill was dubbed to be one of Pope Francis’ initiatives to counter corruption in the Vatican.

Others said that the law could be considered Cardinal George Pell’s vindication. Cardinal Pell was prefect of the Secretariat for the Economy, and had to take a leave of absence in 2017 to go back to Australia and clear his name of allegations of abuse – he was ultimately found non guilty.

These seemingly contradictory dynamics are nevertheless correct. Pope Francis decided not to abolish the Institute for Religious Works, despite everybody thinking he was going to do so. Also, this choice was interpreted as the victory of one party against another.

In 2016, the Holy See signed the Merida Convention, which is the UN multilateral convention against corruption. The convention asked the signatories to provide themselves with regulations on public procurements to counter corruption.

In 2019, the Holy See took the first step to comply with the Merida convention: a new regulation for the office of the General Auditor was issued. The General Auditor became de facto the anti-corruption authority.

The procurements law is the end of the path of compliance with the Merida Convention.

One might object that the Holy See signed the Convention during Pope Francis’ pontificate. True. It is also true that the paths to this and other conventions began a long time before, and they are part of a broader diplomatic strategy. It is not about the Pope; it is about the Holy See’s International engagement.

There is the impression in connection with Pope Francis’ figure of a focus on undermining the work of the Holy See. To consider everything as a break is also a way to depict the Church as permanently outdated. If everything is a break and everything is new, no one can move forward with a path, a long term idea. However, the Church, in the end, is all about long term issues. Above all, the Church is all about the revelation of Jesus Christ: the Gospel has stayed intact throughout the centuries, although seen through the different lenses of diverse cultures and times.

The narrative on Pope Francis’ pontificate was characterized by the need to depict continuity as a break. The media require it, and always look for juicy headlines. This narrative was immediately embraced. Pope Francis enjoyed, from the beginning, an “aprioristic sympathy” from the secular media. This sympathy colored every interpretation.

In the end, some of the criticisms against the Pope and the Pope’s decisions are immediately labeled as attacks on the Pope. As if there have never been attacks on the Popes, which are in fact far from new. There was a book listing the attacks against Benedict XVI; John Paul II did not enjoy great publicity for most of his pontificate; Paul VI died eternally misunderstood; John XXIII had to weather some storms, too; and there have been countless attacks against Pius XII.

The reaction to the alleged attacks on Pope Francis is different. Once one of the claimed attacks occur, there is a strong defense of the discontinuity narrative. It is the same narrative that claims to have the sole and correct view of Pope Francis.

In mid-June, the annual report of the Vatican Financial Intelligence Authority (AIF) will be released. It will be the first report since Pope Francis changed its top ranks, and the search and seizures in the offices of the Secretariat of State and the authority. The investigation is ongoing, and there are no charges. The fact that the Pope did not renew the mandate of the AIF’s top ranks gives the impression of a punishment for a crime that perhaps was never committed. What will the AIF’s report be like? Will it be a presentation building on previously done work? Or will it be presented as another revolutionary initiative by Pope Francis’?

The finalization of the curia reform is also expected. Pope Francis could make the final adjustments in July: it is during vacations that the Pope makes his moves and draw conclusions. How will this reform be? Will it be a real change, or will it just be a dismantling of the old structures to be replaced with new ones?

Ultimately, all of Pope Francis’ reform work has been a push toward something new, often because there was no knowledge or appreciation of what was already in place. In some cases, there have been adjustments, but not in others. In general, there were few detailed assessments.

Detailed assessments often show a substantial continuity. It is the case of the procurement law, which leaves a certain freedom to the Secretariat of State and Vatican City State administration. There is nothing revolutionary. We are talking about the necessary steps to comply with international standards.

All of Pope Francis’ pontificate has been this way: a perpetual search for the new. It was impossible, then, to understand when Pope Francis was building on something already in place. That something, sometimes, was the best part of the story.

One Response to Pope Francis, when continuity is paradoxically described as a break