That diplomatic legacy of Benedict XVI that has been forgotten Pope Francis, the reform of justice and the knot of trials

Pope Francis, when the State Overshadows the Holy See 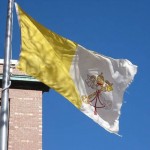 There are three articles, published in recent days in the Italian newspaper Il Foglio, which are worth reading. The three pieces – a series which you can find here - signed by a certain Cincinnato, highlights contradictions and problems created with the Vatican judges’ protagonism in the latest financial events.

It is worth remembering that the background issue is the purchase of a prestigious property in London by the Vatican Secretariat of State in 2018, under the Venezuelan archbishop’s command, Msgr. Edgar Peña Parra, a man very close to the Pope. Without going into the investment details, the Holy See signed contracts that did not fully protect it. To refinance the investment, the Secretariat of State saw fit to ask for liquidity from the IOR, the so-called Vatican bank. Not a donation, of course, but a loan with interests. The IOR – and the papers unearthed by Emiliano Fittipaldi on Domani – seems to have agreed, but latter changed its mind, raising a complaint which then saw the Pope give the authorization to proceed summarily.

They are three articles that are worth reading for three reasons: they are not tabloid articles, they are based on open sources, yet the facts had not been brought up and analyzed systematically; they highlight a new problem, which is that of the eventual Vaticanization of the Holy See; they break the general narrative that one wants to pass on of a Vatican that is fighting corruption. Then there is a fourth reason: while it is a newspaper that has not failed to show a certain critical streak towards Francis’ pontificate, Il Foglio is an authoritative newspaper. It doesn’t work on gossip but analysis. And it is precisely this research that shows that Vatican justice is leaking water on all sides.

The Associated Press has already reported Vatican justice problems. So has Ernesto Galli Della Loggia in an editorial in the Corriere Della Sera. The point is this: the Holy See signs international conventions, defends human rights in the world but finds itself with judges who, by applying summary procedures in trials, put its global presence at risk with a series of operations, to say the least, reckless.

It began with the arrest of Gianluigi Torzi in the Vatican, where he went for an interrogation assisted by his lawyers and then found himself thrown in a cell for ten days. Then there was Raffaele Mincione, an Italian citizen who was taken from a hotel and placed in custody in Italy. He has filed two lawsuits in London against the Holy See. There is also the case of Cecilia Marogna, an Italian citizen who ended up in prison in Italy at the Vatican investigators’ request, who also asked for her extradition. Finally, the searches in Fabrizio Tirabassi’s home, a Vatican official, complete with the seizure of money found at his home – a case also later dismissed by an Italian Court.

The way the investigations are handled also gives rise to several doubts. Initially, it was said that the Pope did not know about the London real estate investment, nor had he ever met some of the protagonists involved in the operation. Then, a photo of the Pope with Torzi emerged, taken one Christmas time in Santa Marta: the official version became that the Pope met Torzi, but he knew nothing of the operation underway. Finally, in response to the Associated Press, the Vatican Tribunal said the Pope had entered the room where negotiations were taking place to liquidate Torzi’s holdings in the Holy See’s real estate companies. The Pope had entered – the Vatican judges said – to invite everyone to find a solution. But, if the Pope entered, then did he know? And if he knew, why not explain the facts right away?

These are the most pressing questions posed by the long and detailed analyses of Il Foglio. In the series, however, many themes are touched upon.

The first: is Vatican justice independent? The Vatican magistrates are almost all lawyers or university professors from the Italian judiciary ranks or a small circle. The President of the Court, Giuseppe Pignatone, is a retired Italian prosecutor. Deputy promoter Alessandro Diddi is, in Italy, the defender of a man implicated in a trial for organized crime. Indeed, he presented himself in a TV program as a defender without considering the possible negative repercussions for the Holy See.

The second: can a Vatican court be made up of part-time judges? They are experts, but certainly not experts in everything. Some deal with family law outside the State and find themselves judging complex financial processes. Until now, the judges were part-time because – it was said – the number of trials in the Vatican was not so high. But everything has changed nowadays. The financial reform has brought new specializations and has projected the Vatican system into a European system. Could part-time judges, called-in occasionally, then be able to lead complex investigations such as those related to the London property case?

Among other things, it is not even necessary that the judges be Italian. Their knowledge of the Vatican legal system (which is not a copy of the Italian juridical system but rather comes from a code of 1889) and fluency in Italian would be enough. Judges not coming from Italy could internationalize the Vatican system. But the path that has been chosen – and that we have seen in the latest appointments of Pope Francis – is to maintain relations with Italy. Before, the Vatican relied on university professors or lawyers. The only difference now is that it relies on retired Italian prosecutors.

The third point: is this judicial activism good for the Holy See? The answer is no. The Holy See sees its credibility undermined by a judicial system that, after all, does not understand the institutional consequences of its actions. The searches at the Vatican Financial Information Authority and the Vatican Secretariat of State were almost irrational, and aroused international organizations’ concern.

Egmont Group, which gathers the Financial Intelligence Units worldwide, suspended the Holy See from the safe circuit of suspicious transaction reports, with a unanimous decision. The Holy See then returned to the secure Egmont circuit after a memorandum of understanding signed with the Vatican Tribunal. If there was a need for a memorandum of understanding, there was a need for guarantees. But someone told the Pope that Egmont is a private group, and so the Pope considered it as such. The agreement shows that no, it is not a private group. But it also shows that the Holy See’s credibility is reduced to the bone, and for this reason, the Vatican Tribunal must commit itself with specific documents. A commitment that, in the recent past, should never even have been made.

The fourth point: the Vatican’s anti-corruption commitment has shown its flaws. Attack some, leave others out. There is no consistency. There have been spectacular trials and others made to be spectacular in the Vatican, but all have left doubts about how justice was administered.

The most recent was the trial against the former president of the IOR Board of Superintendence Angelo Caloia, convicted of money laundering and minor offenses. A sentence was advertised as “historic,” but was not the first of its kind: previously, there was a trial against Paolo Cipriani and Massimo Tulli, former director and deputy director of the IOR, which also ended with a conviction for money laundering. A strange sentence, which followed an acquittal in the civil trial in Italy. An unjust sentence because it was carried out while the appeal is still pending.

The new trials serve to show a renewed activism of the Vatican Tribunal. MONEYVAL, the Council of Europe committee that evaluates adherence to member countries’ financial transparency standards, will report on the Holy See in April. This will be about the effectiveness of the legal system. That is to say, how many processes from reports. In previous reports, the Vatican Court had been accused of inadequate activity, of not following up on the Financial Information Authority’s complaints. The new Vatican judicial activism could “raise the average” of trials and earn a moderately more positive evaluation than expected, in the face of a system that has lost the luster of its best times. MONEYVAL could thus give a partially favorable judgment, legitimizing the new financial course’s narrative.

However, how does it track with the fact that the trial on the London property is still ongoing, after a year and a half, in the preliminary investigation, and there has not yet been a trial?

Fifth: the Holy See risks receiving requests for enormous compensation for damages for human rights violations in a foreign state. No one has thought about the consequences of some reckless gestures.

These are all connected themes, which risk turning into hefty boulders. These are themes that Il Foglio had the idea of putting together in three long articles, showing that there is also a certain distrust now in Pope Francis’ concept of justice. Because it is a justice that – seemingly strikes ad personam, by clockwork, and yet protects friends. Few wonder why Archbishop Gustavo Zanchetta, for example, has an ad hoc post at APSA even though he has an open trial in Argentina for abuse.

There are many, too many questions, that remain in the face of financial scandals. These are questions that are not about scandals per se. Instead, they reveal a bankrupt internal management—management hidden by the novelty narrative, but which cannot stand the test of time.

4 Responses to Pope Francis, when the State Overshadows the Holy See