Pope Francis, the echoes of a past discussion Pope Francis and the role of the press

Pope Francis, who wants to change the Church? 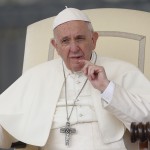 Even the last Council of Cardinals ended with no decisions taken. A decision on the Curia reform was expected, or at least it was expected that some of its contours would be revealed. The fact that the secretary of the Council of Cardinals, Bishop Marcello Semeraro, took part in the briefing in the Holy See Press Office indicated that an announcement might be coming.

Everything, in the end, is still on the works when it comes to Curia reform. Proposed amendments to the new constitution fill 200 pages of a folder: the Pope wants all the changes to be shared with Cardinals. In addition to that, not all the most interested people sent their feedback, as they have not read the draft. The draft will be hopefully given to the Pope in September. Pope Francis himself might change it. The Pope will also submit the draft to the Pontifical Council for Legislative Texts and the Congregation for the Doctrine of the Faith. Time is needed.

The new constitution is called Praedicate Evangelium. The idea circulated that the constitution was going to be published on June 29 and later amended, as it happened for the statutes of the Dicastery for the Laity, Family and Life, and for some non-marginal aspects of the financial reform.

The reform is described as Synodal, but Pope Francis retains a central role. When it comes to restructuring the Curia, the Pope has always communicated his decisions before the meetings of the Council of Cardinals.

There are still some issues on the table. The Council of Cardinals is one of the outcomes of the pre-Conclave meetings, that were mostly focused on organizational and political issues. The Curia has a theological meaning, but its internal organization is not of much interest to the faithful. For a pontificate aiming to be missionary, it is striking that there is so much media attention given to a marginal issue if compared to evangelization.

Why, then, so much media expectation on Curia reform? Because, like any reform, it gives the idea of change in the Catholic Church. From a strictly journalistic point of view, change is news. From an ideological point of view, pressures to change the Church have always existed.

These recent pressures were born out of the media coverage of the Second Vatican Council and became stronger with the increase of media pervasiveness. There is a wish for a Church similar to the secular world, deprived of its prophetic impact and unable to anticipate world trends. The Church is spoken about almost merely in political terms.

However, the way the world leverages pressure on the Church is not the real problem. The real question is that people in the Church are ever more perceiving the Church as a political body. This ignites the discussion.

The working document of the Special Synod of the Bishops on the Pan-Amazonic region is one of the consequences of this Church trend to perceive itself in political terms. The text is filled with indications for points of pressures to levy against governments, of environmental and social activism, of sociological analysis. The document also speaks about the integral ecological conversion and praises local culture. The general impression is that the upcoming Synod will be a pretext to talk about things other than faith, like the environment and political commitment.

Indeed, there is a general idea to use the Synod to pragmatically tee up some issues already discussed and closed, like the discussion on viri probati, which refers to having married people, respected by their community, ordained as priests. Is this the role of a Synod?

Likewise, Curia reform is a pretext to think about the Church as a company (the first phase of Vatican reform showed this bias) or as a typical government that should have quotas for women in high ranks. In this new Church, the episcopal ministry would count less and with it the collegiality with the Pope. Is the Curia reform an expression of an ideological agenda?

The Church has always had to face pressures to change its identity. Concrete situations generally purport to justify change. The discussion on Curia reform started to develop as a response to the alleged corruption revealed by the first waves of the Vatileaks scandal. Vatileaks was used to leverage pressure on the Church. The discussion on viri probati is born as a response to the lack of priests, without, in fact going to the root of the matter.

Pope Francis is not the first to experience this. German theologians mobilized under the so-called Pfarrer Initiative during Benedict XVI’s pontificate, while John Paul II had to resist many pressures to change the doctrine. Paul VI was the target of campaigns that still have an impact – for instance, the battle against Humanae Vitae.

It is not surprising, then, that the Curia reform and the Synod for the Amazonia are being instrumentalized. It is not surprising that the REPAM (The Pan-Amazonian network) organized a symposium on the topics Synod since REPAM’s representatives have been entrusted with preparing the Synod.

The meeting, dubbed as “secretive”, included theologians that have been fighting for years to change the doctrine, including the now 86 years old Cardinal Walter Kasper: he was one of the main characters of the so-called Pope Francis’ revolution, but in fact he has not been much in the headlines since the 2015 Synod on the family.

These meetings, and the media attention paid to them, confirm that there is an agenda within the Church, as there are agendas outside the Church. It is human.

However, these meetings and discussions also reveal two things.

The first: we are talking about old and overcome discussions, while there is a more significant issue: the eclipse of God from history. The disappearance of faith will not be resolved with new structures. The debate on media reform often highlights the need for a conversion of hearts. This formula is not accompanied, then, by a renewed spreading of the Gospel, but rather by sociological documents as the Synod working documents or the Curia reform constitution.