Pope Francis, the Church in Italy as a mirror of the pontificate Pope Francis’ shake-up

Pope Francis, who will be the next Pope? 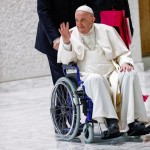 While Pope Francis shows in every way that he is still firmly in charge of the government of the Church despite his inevitable physical decline, there is a lot of talk about the end of the pontificate, and we are already starting to look to his successor. Nothing new because this has always been standard practice, and something like this had already begun well before the well-known health problems of Pope Francis. However, the issue seems to have become more pressing today, also certified by articles in reputable newspapers such as Le Figaro.

We look to the post-Francis, therefore. But who is Francis looking for, for the after Francis? This question is less trivial than we might think. Many cardinals have been considered probable successors favored by the Pope, and all have been regularly discarded. The saying that “whoever enters the conclave as a possible pope leaves surely as a cardinal” can be adapted as follows: “Whoever seems to be on the rise with Pope Francis will soon fall.”

In recent years, the Pope’s sympathies and dislikes have been fluctuating. Some cardinals who were particularly influential at the beginning of the pontificate, have stopped being so, suddenly. The papacy of Francis does not seem to have a governing direction, except that it is always and only the Pope who decides. The very secretaries of the Pope change, and he finds himself without the so-called gatekeepers. The people of trust change, taking turns in Santa Marta receiving, after all, only that which the Pope gives. No one has genuine autonomy because Pope Francis enters into every affair. The papacy is managed in a personalist way, with sudden collapses of confidence.

This picture leads to one last week’s key event, namely the appointment of the Italian Bishops’ Conference president. The Pope chooses the president based on the bishops’ proposal, who present a triad to the pontiff. In reality, the Pope has the freedom to choose even outside the three on the shortlist.

It seemed evident that the Pope’s president in pectore was Cardinal Matteo Zuppi. The possibility of selecting the archbishop of Bologna turned out to be more of a media preference than a papal one. Because the Pope, at a certain point, had decisively changed his sympathies for Cardinal Paolo Lojudice, former auxiliary of the diocese of Rome and already in the process of becoming the Pope’s vicar for Rome.

Thus, Lojudice found himself twice left out from papal preference. When it came to appointing his vicar for the diocese of Rome, the Pope wanted there to be a referendum between all parish priests responsible for pastoral units, the so-called parish prefects. Everyone knew that the Pope wanted Lojudice. However, 80 percent voted for Cardinal Angelo de Donatis, and the Pope could not ignore this preference.

Now, Pope Francis had made it clear that he would have preferred Cardinal Lojudice as president of the CEI. The bishops voted with a large majority for Cardinal Zuppi, an appointment no longer taken for granted for some time, especially since the archbishop of Bologna was quickly included in the list of presumed “resisters” for the benevolent attitude he had towards the groups that celebrate mass according to the ancient custom. Maliciously, rumors were made to reach Pope Francis that Zuppi was “a careerist,” an issue the Pope is always very sensitive about.

Yet, even in this case, the Pope had to consider the majority of the bishops. They formally respected the instructions of the Pope (an authoritative cardinal), but simply without doing precisely what the Pope wanted.

Could Zuppi, therefore, be a candidate for Pope Francis? Hardly. Just like Cardinal Luis Antonio Tagle, whom the Pope had called to be prefect of the Congregation for the Evangelization of Peoples, is no longer a Pope’s candidate. Just as, after all, there are no Latin American candidates who have genuine esteem on the part of Pope Francis, who also feels betrayed by how the cases of abuse in Chile were handled and by how he felt the episcopates have been lukewarm in their engagements with him in other places.

After all, there is no candidate for Pope Francis, and there are no longer even set rules. Residential bishops have the same opportunities as Curia bishops. There are no age criteria. There is no longer the tradition that a president of the CEI is unlikely to become Pope, instead this being as possible as for the prefect of Propaganda Fide.

It is a new pontificate that does not hesitate to cancel millennial institutions such as the Apostolic Chamber and promulgates a reform of the Curia, which will need further changes. There is nothing traditional because all programming is strongly subject to the decisions of the Pope.

The real question, then, is, will the cardinals respect the indications of Francis in the conclave, or will they consider themselves free? It is a question that the Pope also sees from Santa Marta, so much so that yesterday he called a consistory for the creation of new cardinals.. The Pope created 16 cardinals eligible to vote in a conclave (plus 5 beyond 80), temporarily increasing the number of cardinal electors (for a few months, there would be about ten cardinals above the ceiling of 120 established by Paul VI) and at the same time increasing in a conclave the weight of the cardinals he created.

But the point remains that, in a conclave, the outgoing pope would have died, and no one would be bound by bonds anymore. So, who will be the pope who will come about? It is there that forecasts become problematic because it will be difficult to understand the priorities of the cardinals for the future of the Church.

Indeed, the election of Cardinal Zuppi to the presidency of the CEI will not be a detrimental factor for his being considered. Cardinals will look to whom they know, trying to assess if they want another pontificate of such a personalistic nature.

Whether the Pope likes it or not, this is being discussed in Rome. And so, the pontificate of Pope Francis is heavily under scrutiny. The consequences could be unpredictable.

8 Responses to Pope Francis, who will be the next Pope?