Synod on young people, what will it look like? Pope Francis, what his new exhortation might suggest

Pope Francis, why do Eastern Churches matter in the end? 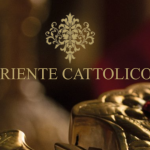 During the week that preceded Easter, there was an event that did not grab the headlines: Pope Francis received the three volume work “Oriente Cristiano”, that is ultimately the who’s who of the Catholic Eastern Rite Churches.

The news of the release and presentation of “Oriente Cristiano” did not grab the mainstream media headlines, nor those of the specialized media. That is awkward, as Pope Francis’ pontificate leaves room for a very special role the Eastern Churches can play. It could even be assessed that Pope Francis’ pontificate set the gaze on the East from the very beginning, since he leaned out for the first time as a Pope from the central loggia of St. Peter’s Basilica and described the Church of Rome as the Church that “presides in charity” over the other Churches.

How does Pope Francis pontificate set the gaze on the East?

Pope Francis has applied this guideline to the dialogue with the Lutherans – an example is the joint declaration between Caritas Internationalis and its Protestant counterpart – but above all he has applied it to the ecumenical dialogue with Orthodox Churches.

This is how Pope Francis established important relations with the Constantinople Ecumenical Patriarchate, also thanks to the will of the Patriarch to strengthen relations: Patriarch Bartholomew was the first ecumenical patriarch to take part in a Pope’s installation mass, and later the Pope and the Patriarch have been together in Jerusalem, in Istanbul, in Lesbos, and in Cairo for the International Conference of Peace at al Azhar.

For what concerns the relations with the Moscow Patriarchate, before and after the historic meeting of the Pope with Patriarch Kiril in Cuba, there have been several initiatives of rapproachment, based on the shared and concrete goal to confront secularization and promote peace.

Pope Francis also engaged the East in several trips, in particular those to Armenia and Georgia. During these trips, Pope Francis has strengthened the relations with the Armenian Apostolic Church and the Orthodox Church of Georgia.

Prove of these strengthened relations is the long embrace Pope Francis had with Catholicos Karekin II. The Catholicos came to the Vatican Apr. 5, to pay a visit to the Pope and participate in the unveiling of a statue of St. Gregory of Narek in the Vatican. And another prove is Pope Francis continually referring to Georgian Orthodox Patriarch Ilia II as “a man of God.”

In the end, Pope Francis’ gaze to the East must not be underestimated. And the Eastern Churches in full communion with Rome are, for this reason, a wonderful bridge between East and West, thanks to their presence on the ground and the extraordinary devotion of the faithful.

How is Pope Francis’ relation with Eastern Churches?

The Pope has a great relation with the Ukranian Greek Catholic Church, and he also visited the St. Sophia Greek Catholic Cathedral in Rome. There is an ongoing engagement with the Major Archbishop Sviatoslav Shevchuk, and also the possibility of a visit, that still is not planned for “ecumenical reasons”, as the Apostolic nuncio to Ukraine Claudio Gugerotti pointed out in a recent interview.

There are many Eastern Churches in the Middle East, and Pope Francis has zeroed in on the Middle East very much. In particular, the Pope has been looking attentively to the situation in Iraq, he had sent there a special envoy during the ISIS outbreak back in 2014 and asked about it to the Chaldean Bishops in the ad limina visit on Oct. 5, 2017.

In the end, every sui iuris Church has a history to be discovered. It is however striking that their history is somehow very current today.

When, 100 years ago, Benedict XV established the Congregation for Eastern Churches together with the Oriental Pontifical Institute, he did it with confidence for the future. The Czar’s empire in Russia had dissolved, and the Pope wanted to evangelize the East and strengthen the Churches there, that had remained a somewhat isolated.

Benedict XV’s dreams were shattered by the emergence of the Soviet Regime. But the Soviet Regime made of the Congregation for the Eastern Churches and of the institutions related to it a providential tool. This was how the Churches in the East could be supported, and unity could be fostered. Above all, this was how Churches sui iuris, like the Ukrainian Greek Catholic Church, could be supported even when they were in the diaspora, especially during the cold war, since they were the ideal bridge between East and West.

Nowadays, the Soviet regime is no more, but there is a new enemy: secularization. The Eastern Churches are an outpost to counter secularization, suspended as they are between ex Soviet territories made atheistic by propaganda, popular tradition and European secularization.

To know the Eastern Churches does not mean, in the end, only getting to know the multiformity of the Catholic Church. It means going to see the Church in her peripheries, as Pope Francis loves to call for.

This is the reason why the presentation of “Oriente Cristiano” is a signal that must not be overlooked. Behind it, there is a 100 years history, a multiformity of the Church and the presence of Churches that are at the outpost of history.

Eastern Churches are not merely the outpost for the pragmatic ecumenism launched by Pope Francis. They are also a bridge between East and West, a tool for evangelization and a sign of the richness of the Church. Their experience in territories at the frontiers can help the Church to find new points of view and new perspectives.

Probably, a better knowledge of the Eastern Churches will help to better foster ecumenism with the Eastern Orthodoxy. And will also help to go beyond the slogans of the Ostpolitik – the Vatican has been prompted to act with a renewed Ostpolitik in diplomatic terms, especially in the relations with the Moscow Patriarchate – and to create a real spiritual ostpolitik.

There is, in the end, a lot of food for thought generated by the presentation of “Oriente Cristiano” to the Pope. And it is surprising that Vatican media, so much committed to restructuring their communication and to design a more appealing message, did not seized this opportunity to do so.