Pope Francis, a calculated uncertainty? Pope Francis and the question of the Order of Malta

Pope Francis, why the issue of abuse is crucial for him 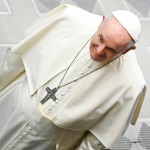 In 2013, shortly after the election of Pope Francis, the veteran Vatican watcher John Allen went to Argentina to learn more about the history and life of Cardinal Jorge Mario Bergoglio and to sketch his personality profile. From his research, some ambiguous situations emerged on the response by Bergoglio on two cases of sexual abuse, a story already mentioned by the Washington Post on March 18, 2013, five days after the election.

Allen stressed that neither Grassi nor Sasso are priests of the archdiocese of Buenos Aires and therefore did not fall under Bergoglio’s direct supervision. And he explained that the two stories are separate because Bergoglio’s involvement is different according to the stories.

In the case of Sasso, many believe that the responsibility does not lie directly with Bergoglio. In the case of Grassi, Bergoglio was accused of attempting to alter the course of justice.

These stories have come to light several times over the years. For example, in the French documentary directed by Martin Baudot, entitled “The Code of Silence,” released in 2017, or an investigation by the German weekly Spiegel. Just as, for a period, there was talk of Mario Inzoli, convicted of abuse, suspended by Benedict XVI, and reinstated by Pope Francis.

These situations do not represent an attack on Pope Francis. However, they serve to underline that, behind a notion of zero tolerance, everyone can be accused of not behaving correctly.

This is happening now in Germany, with the Munich Archdiocese’s report on abuses. The report covers a very long time (from 1945 to 2019), includes about a thousand pages, and points out that there were at least 497 people who suffered abuse in this period in the archdiocese. This includes two cases attributable to poor management. Cardinal Reinhard Marx, however, did not offer in this case his resignation, as he had done a few months ago, justifying the request to the Pope as a “personal failure” in the management of sexual abuse – a resignation that Pope Francis rejected.

But the spotlight is on the four cases in the archdiocese of Munich when the archbishop was Joseph Ratzinger. The situation of one of these cases – the “chaplain H,” namely Peter Hullerman – had already been clarified 12 years ago when it came to light amid the many attacks that arrived as a perfect storm in 2010. On the other three, the 82 pages that Benedict XVI sent as a recollection and personal contribution are authentic. In the press conference, the experts said that he knew nothing about people’s circumstances but that the victims are convinced that he did.

There is no evidence for this claim. Just as there was no evidence of cover-ups or bad management by Cardinal Rainer Maria Woelki, archbishop of Cologne, forced to a six-month spiritual retreat for what the nunciature called a communication error. Just as there was no evidence against Cardinal Philippe Barbarin, archbishop emeritus of Lyon, acquitted of cover-up charges, but not by public opinion, so much so that he was forced to resign.

Today, the proliferation of reports of the episcopal conferences, commissioned to external bodies, risks turning into the opposite of what they are meant for. More than truth operations, they become marketing operations, with the bishops busy apologizing and expressing shame to gain credit in public opinion.

There is no doubt that cases of abuse should be condemned and that the priests who perpetrate them should be punished and prevented from continuing their pastoral exercise. However, it is also beyond doubt that everything must be done according to justice, taking contexts into account. Pope Francis spoke several times of the hermeneutics of the epoch as necessary for understanding situations and modi operandi.

These reports, however, do not reach judicial truth, are based on only partially verified testimony, and provide an estimate of cases of abuse not based on judicial records. The methodology is not solid. But it can’t be said. In France, Karine Dalle took a strong position, leading communications for the French Conference of Bishops. She was fired. She was first the spokesman of the archbishop emeritus of Paris Michel Aupetit, who shortly afterward found himself facing a media campaign for allegedly improper relations with a woman: the Pope accepted his resignation “on the altar of hypocrisy.”

The case of the Munich Archdiocese report is no exception. But, and this is the point, anyone could be involved in allegations of mismanagement, perhaps because they underestimated a request or because his first reaction was not the best. It happens. And then the most prominent target is chosen, effectively saving the face of the other people involved or responsible. It had happened, too many times, with Benedict XVI when he was Pope, and it is happening again now that he is Pope Emeritus.

However, the question remains whether this “zero tolerance” desired by Pope Francis, with actions of different types starting from the spectacular summit on abuses in February 2019 up to the abolition of the pontifical secret, cannot one day turn against the Pope himself. Cases that had already been spoken of are not withdrawn, and are used to attack the pontificate. It is possible because this is the state of things.

The Pope is aware of this. So he began to isolate himself from those who could have caused him a scandal, such as Archbishop Gustavo Zanchetta, brought to Rome with the ad hoc role of assessor of the Administration of the Patrimony of the Apostolic See and then sent back home when a trial against him was coming up.

This, however, may not be enough. And if Benedict XVI is always an easy target, it does not mean that the same tactic cannot also be applied against Pope Francis. There are cases in which to play with a narrative. Up to now, there has been no will to do that.

8 Responses to Pope Francis, why the issue of abuse is crucial for him