Pope Francis: Will His ‘Revolution’ Be Effective? 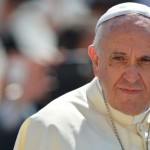 Pope Francis dedicated the week preceding Holy Week to finishing the draft of his much awaited encyclical on ecology. Despite this “institutional break,” the discussion on Church reforms is still ongoing in the media. Discussion is not merely about the need to reform Church structures. Already from the time of Benedict XVI’s pontificate, and even since the last years of St. John Paul II’s, everyone agrees that curial reform is needed. The discussion pivots mostly around the theological vision at the base of any reform. Pope Francis does not seem interested in this discussion. As is his custom, the Pope listens to everyone. He aims at de-centralizing the Church’s structure, and decentralization may be considered a euphemism behind which lies a dismantling of some Roman Curia competences. It is rather interesting that decentralization is carried forward within a full exercise of the Petrine ministry.

Pope Francis has very much underscored his wish for more “synodality” in the Church. This synodality is expressed in the meetings he continually convenes. Under Pope Francis, the consistory has become a tool to let cardinals discuss major issues. Two consistories saw discussions on the crisis in the Middle East and curial reform. The Council of Cardinals, called to assist Pope Francis in reforming the Curia, is another push toward synodality, given that none of them comes from the ranks of the Roman Curia (with the exception of Cardinal Bertello and, later, Cardinal Parolin, who was not supposed to be part of the Council at the beginning). Finally, the first part of Pope Francis’ pontificate was characterized by the hiring of (expensive) external consultants, with the purpose of indicating to the Pope which reforms were needed.

In the end, Pope Francis makes decisions by himself. As he admitted, he has no design for the Church. He becomes quite cold when asked about discussions concerning curial reform, and he is equally disinterested in discussions about the ecclesiological reasons for curial reform. At the same time, he has a certain political instinct, thanks to which he is capable of being close to everyone and at the same time not beholden to anyone. In Pope Francis’ mind, everything is clear: he wants the Church to regain its credibility. In fact, as Cardinal Jorge Mario Bergoglio, he did not find the institutional Church credible, especially in light of the scandals highlighted by the press. So he will give serious consideration to a project or idea that fits this purpose no matter who presents it to him.

This peculiar approach of Pope Francis has rewarded those in the Vatican who for years had been committed to reforms. There has not been a “Pope Francis’ revolution” if not in the media. Anyone who really knows the Vatican is aware that the “hidden Vatican” has been carrying forward a reform already initiated a long time ago. So, the first phase of this papacy, occupied as it was with external consultants, was step by step replaced by the recognition that only those who fully understood the functioning of the Church’s institutions would be able to assist the Pope with reforms. And so Pope Francis’ pontificate turned from reliance upon external consultants to the consultants from within.

The reform of Vatican finances is an example of a reform carried forward internally. Begun under Benedict XVI and continued by Pope Francis, Vatican financial reform adhered to precise guidelines, drafted and approved by the European Union, and never challenged strongly from within. The way this reform is being put into practice – or the way it was presented – did arouse some objections. But in the end, the malcontents were not able to challenge the reform’s worthy rationale.

Nevertheless, these malcontents in the Vatican make clear the second “side effect” of Pope Francis’ approach. The fact that the Pope does not take any stance and does not give guidelines has led to a strong debate within the Church. This discussion may in the end undermine any reform process.

Pope Francis’ pontificate revived the theological trend aiming at a more local, less “Roman” Church, with the Pope placed not at the top of a pyramid, but on a par with other cardinals. This theological view characterized the progressive wing of the debate following the Second Vatican Council. Before Pope Francis’ election this theological wing was out of fashion.

The long term divide between progressives and conservatives had been overtaken by the notion of communion. The notion was developed within the Congregation for the Doctrine of the Faith by the then Prefect, Joseph Ratzinger, and later became a guideline for all Vatican congregations, especially during the second part of the 80’s, when the last major curial reform was drafted.

This approach toward communion – always preserving papal primacy – can be detected in “Il Mistero dei 12,” a recently released book in Italian. The book – authored by the “Vaticanista” Angela Ambrogetti – collects conversations that John Paul II held with members of synods during lunches with them at the end of various synod assemblies, and it also contains an intervention by Cardinal Ratzinger concerning a possible reform of the Synod of Bishops. Both John Paul II and Joseph Ratzinger were motivated by the desire to build a united, rather than a unitarian, Church. In this vision major, polarizing debates would be replaced by speeches and conversations among men of the Church and, later, between Church and world.

Secular media often label this approach as conservative. Their doing so is part of a campaign. The aim is to draw a sharp contrast between these men of the Church and the Pope.

This campaign is underway with respect to Cardinal Raymond Leo Burke. Media always emphasize Cardinal Burke’s resistance to the Pope. But this resistance cannot be detected when what the Cardinal says is correctly interpreted. Cardinal Burke always speaks in theological terms, he never dismisses a merciful approach, and he never attacks the Pope directly. On the other hand, Cardinal Burke underscores the possible drifts represented in some of the Pope’s approaches to issues that grabbed media attention during this pontificate.

In the last interview he granted to the website Life Site News, Cardinal Burke spoke about an agenda that manipulated the last Synod of Bishops on the family. This is the agenda that is being promoted behind Pope Francis’ back. The same agenda backed Pope Francis’ election. It was the agenda promoted by the groups of cardinals that Austen Ivereigh has called “Team Bergoglio,” composed of Cardinals Godfried Daneels, Karl Lehman, Walter Kasper e Cormac Murphy O’Connor.

This media campaign also can be seen to have attacked the German Cardinal Josef Cordes, who follows Benedict XVI’s approach toward a less worldly Church. Following on the heels of the clear progressive agenda pursued by the German Church and Cardinal Reinhard Marx’s statements that “local Churches are not subsidiaries of Rome,” Cardinal Cordes likened Cardinal Marx’s words to “bar room chatter,” and insisted on “fidelity to Rome,” while also lamenting a certain “theological confusion” emanating from Cardinal Marx’s comments.

Cardinal Marx was not happy with Cardinal Cordes’ statement. In private, he said he was “astonished” by Cardinal Cordes’ words, and stressed that the correct interpretation of his words was that “there is a need for more decentralization, because everything is too centered on Rome.” Cardinal Marx also said that the Church’s model – a pyramid with the Pope on the top – must be replaced by a model with the Pope as a sort of ‘primus inter pares’.”

In the end, the sub-text of this discussion – one that secular media grabbed – is that Cardinal Cordes may now be treated as a priest who is not able to understand people or Pope Francis’ merciful approach to them.

In fact, this reading is completely misleading. This is how an individual’s specific agenda finds cover under a presumed papal will. But this agenda is not echoed in the Pope’s words. In the last general audience, Pope Francis asked for “less gossip, more prayers” for the coming synod of bishops – he had evidently had enough of the media coverage of it. According to the Italian Vatican expert, Sandro Magister, Pope Francis now leans mostly toward Cardinal Carlo Caffarra’s approach to family issues. Cardinal Caffarra is a defender of Church tradition who has been able to echo some of Pope Francis’ concerns. Most likely, Pope Francis has now instinctively understood that the majority of the Church backs Cardinal Caffarra’s approach.

Will the Pope also understand that curial reform cannot avoid a precise theological and ecclesiastical vision? If he will, it will be thanks to Cardinal Gerhard Ludwig Mueller’s work. The Prefect of the Congregation for the Doctrine of the Faith has been able to win over Pope Francis. Cardinal Mueller knows the Latin American reality very well. He is a friend of the Father of Liberation Theology, Gustavo Gutierrez, and helped Fr. Gutierrez to purify Liberation Theology by setting it within a precise doctrinal framework.

Cardinal Mueller is working out a precise doctrinal framework for curial reforms as well. An article he drafted for “L’Osservatore Romano” offered a clarification of the theological foundations for curial reform on the eve of the recent consistory dedicated to the topic. On March 26 he granted an interview to the weekly magazine “Famille Chrétienne,” and clarified the issues at stake. These issues deal with a doctrinal approach to curial reforms.

Cardinal Mueller stressed that delegating specific doctrinal or disciplinary decisions in terms of marriage and family to local bishops’ conferences is “definitely an anti-Catholic” idea. He also responded to Cardinal Marx’s statement that local Churches are not subsidiaries of Rome. “This kind of behavior can arouse a certain polarization between local Churches and the universal Church, a polarization that was overcome with First and Second Vatican Councils.”

The Prefect of the Congregation for the Doctrine of the Faith warned that in the end there is a risk “to apply political categories to the Church, instead of using the terms of Catholic ecclesiology.” He added that “the Roman Curia is not like the European Union administration at Brussels; it is not a semi-government, nor a super-organization beyond the local Churches.”

Herein lies the real issue: the use of political language for the purpose of overturning the doctrine of the Church through successive appeals to majority public opinion. The campaign to elect Pope Francis during the last conclave is part of this issue, as was the suggestion given to Pope Francis to publish the votes on the final recommendations during the last Synod of Bishops. Behind a facade of presumed transparency lies the fact that this procedure produced no communion, but rather an electoral-like competition among synod fathers. Voting creates a majority bloc and an opposition bloc, while shared decisions build communion.

Polarizations such as between majority and opposition, local Churches and central Church, cardinals and cardinals are the real poison behind “Pope Francis’ revolution.” This “revolution” risks harming the common good, while it produces harsh debates that are played out in the public arena. Given these premises, and on the basis of some initial evidence, the return of Vatileaks seems imminent. In the end Pope Francis is right: before the reform of structures, there is a need for a conversion of hearts.

2 Responses to Pope Francis: Will His ‘Revolution’ Be Effective?