Church’s G8 proposes a commission to combat pedophilia and sex abuse by priests Has Pope Francis displaced with his own trusted men the Curia’s leaders? 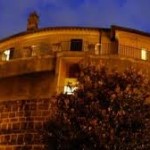 The Holy See path to adapt its legal system to international anti-money laundering standards has been quick, coherent and convincing, according to the «progress report» issued by the Council of Europe’s committee MONEYVAL on December 12.

«It is clear from this review – the report states in par. 128 – that much work has been done in a short time to meet most of the MONEYVAL technical recommendations. There are many welcome clarifications and  improvements to the Anti-Money Laundering and Combatting the Financing of Terrorism (AML/CFT) legal structure.»

The MONEYVAL progress report has been sometimes described as a critical milestone. Interest for it comes from the fact that it deals with the Holy See and its path to financial transparency, a sensitive matter.

In fact, issuing a progress report is a normal MONEYVAL procedure.

Every State that undergoes the MONEYVAL evaluation process is called to report to MONEYVAL (one year after the publication of the 3rd round mutual evaluation report) its progress on bringing into effect the recommendations received. The report can be adopted or not. In the first case (adoption) the “promoted” State will issue another progress report two years later. In the second case (non adoption), the State is called to issue a new progress report in the following plenary assembly.

The Holy See progress report has been adopted, as expected. Browsing the report, it is noteworthy that every MONEYVAL recommendation gets a specific response, which sometimes even goes beyond what the European experts requested.

The Holy See itself asked to report back about both key and core anti-money laundering recommendations, even if the regular procedure requires reporting only on the core recommendations. And even though the next update is scheduled for 2015, the Holy See offered to provide updates on any further developments in upcoming plenaries before then, under the roundtable procedure (par. 134).

These decisions are a clear signal of the Holy See’s will to go forward with financial transparency, with no hesitation nor secrecy. The «myths» about Vatican finances can now be swept away. One of these myths deals with the MONEYVAL report on the Holy See.

This line of thinking seems like an attempt to reintroduce the «step behind» argument against the revision of Law number 127, the first Vatican anti-money laundering law.

The progress report dismisses the «step behind theory.» It also traces the history of Vatican anti-money laundering laws, highlighting milestones, beginning with the initial law, which was issued at the end of 2010. That law was then revised early in 2012, following the Nov. 2011 visit from MONEYVAL, which noted deficiencies.

International cooperation was reinforced with a December 2012 amendment to the law.  In October 2013, Law XVIII was adopted, which re-wrote and again strengthened the Vatican’s anti-money laundering legislation. Also this year, the position of the Vatican’s financial overseer, the Financial Information Authority, was strengthened.

MONEYVAL also asked the Vatican financial watchdog to bring on board better trained and more experienced AML/CFT staff to handle the full range of its FIU functions (par. 131). In fact, the report gives the impression that MONEYVAL is not so much complaining but rather encouraging the Vatican to carry on.

René Bruelhart, director of the Vatican financial watchdog, told the Vatican news daily L’Osservatore Romano on Dec. 12 that «since the Authority now also functions as a prevention overseer,» there is a need for additional staff, and that the Authority would soon be hiring more regulators.

In any case, the Holy See financial system has been thoroughly reinforced. Much has been done after the publication of the MONEYVAL report on the Holy See/Vatican City State on July 4, 2012.

The July 4 report already emphasized the progress of the Holy See, mostly focusing on the two Vatican “financial institutions”: the Institute for Religious Works (often wrongly described as “the Vatican bank”) and the Administration of the Patrimony of the Apostolic See (also known by its Italian acronym, APSA).

For what concerns the IOR, the 2012 report already highlighted that there was an ongoing internal preliminary review process of its customer database, which was concluded by December 2012. At the moment, a more comprehensive Know Your Customer (KYC) remediation process already commenced would be under way. The remediation involves a process of updating customer records.

This screening was to be carried out by the external consultants, and it was expected to be completed by November 30. However, according to MONEYVAL, this review is still ongoing.

The watchdog system has started to function, and it «appears to have generated a significant number of suspicious transaction reports, which are being analyzed by the FIA and, where appropriate, referred to the Promoter of Justice» (par. 130).

The progress report states that the Vatican’s new legal structures for combating money-laundering and other financial crimes has been «much improved,» but still needs to be put to the test in practice. It also praised «wide ranging» measures to «rectify deficiencies in all areas. »

The report also says that the first mutual legal assistance request has been made by the Holy See/Vatican City State (HS/VCS), in relation to a money laundering case. This probably refers to the request submitted by Vatican authorities to Italy in the case of Monsignor Nunzio Scarano, a former APSA official who was arrested by the Italian police last June and is now on trial in Italy for not declaring some international money transfers. There is still no news about whether Italy will response favorably to this first, historic, request coming from Vatican City State.

For what concerns the APSA, the 2012 MONEYVAL report stressed that financial services provided by the APSA to private individuals were limited, and that on 27 January 2006, «the Board of Cardinals decided to start the process of closing all remaining accounts of those individuals (copies of the minutes recording these decisions were shown to the evaluation team)» (MONEYVAL report, par. 119). The progress report stresses that APSA is implementing this instruction and will soon have only institutional accounts (progress report, par. 17) and could thus be properly considered a public entity.

Overall, MONEYVAL indicated that the Vatican’s existing anti-money laundering laws are effective and a deterrent, reassuring foreign counterparts that the Holy See is committed to ending money-laundering and the financing of terrorism.

Ultimately, all of the above show that the Holy See’s path to meet anti-money laundering international standards has been a coherent one for the last three years. The notion that there was a «new deal» for the IOR or for Vatican finances is only a partial, biased narrative.

The IOR was already considered to be on the right track in the July 2012 MONEYVAL report, which also emphasized that in some cases the IOR procedures went beyond the requirements of the Vatican anti-money laundering law number CXXVII, issued in 2010.

In fact, the new course of the IOR is built on the foundation established by the strongly criticized «old course» set by its General Director Paolo Cipriani. No surprise here: the Holy See is simply following a straight line to bring its international commitments into effect.

From a wider perspective, it is noteworthy that everything that has been done in Vatican finances comes from a path set during Benedict XVI’s pontificate, and followed by Pope Francis.

The Holy See is clearly showing that it wants to establish an anti-money laundering system credible and sustainable, adherent to the international standards and customized to the Holy See’s and Vatican City State’s peculiarities, with no privileged relationships or agreements with particular countries.

This global view supports the Holy See’s commitment to financial transparency. An important area of concern for a Vatican shocked by several scandals that rightly or wrongly fed the myth of its financial opacity.

Benedict XVI’s revolution turned the world upside down, and gave rise to resistance and critics of a system now praised by European evaluators. These critics seemed more interested in undermining the Holy See’s sovereignty than to make it more compliant with anti-money laundering standards.