Quantifying the Holy See’s Commitment To The Common Good, At The 23rd Session of The Human Rights Council 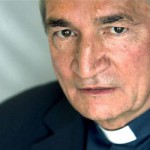 Silvano Maria Tomasi, the Holy See Permanent Observer at the UN office in Geneva, provided the figures that tell better than anything else the presence and impact of the Church in the world. He did so in Geneva last week, during the 23rd session of the Human Rights Council. At the time of this writing, the Holy See has made statements on migration, access to medications, the Syrian crisis, and corporate social responsibility. Each statement serves the promotion of integral human development. A perspective that has remain unchanged with Pope Francis.

The Holy See has stayed on course. It could not be otherwise, since its diplomacy is based on the Social Doctrine of the Church. Moreover: what Tomasi presented on May 27 could be seen as a barefaced reminder of the work of the Church to those who have maintained (or merely insinuated) that her commitment to defend the poor and the oppressed begins with Pope Francis’ Pontificate. To propose the latter is to trivialize and misinterpret the Pope’s words, to the detriment of his pontificate.

A pontificate facing increasing discrimination against Christians. The very same Christians who are nevertheless carrying out work that is often not recognized. For what concerns health care, Tomasi underlined – in a May 27 discussion on the Right to Health (Access to medicines) — that «there are 5,305 hospitals and 18,179 clinics under the auspices of the Catholic Church throughout the world». Tomasi also added that «the Holy See is well aware that these institutions serve the poorest sectors of society, many of whom live in rural and isolated areas or in conflict zones, where governmental health systems often do not reach.» This fact has been confirmed by professional mapping exercises, with the support and collaboration of the World Health Organization, which underscored that «between 30 and 70 per cent of the health infrastructure in Africa is currently owned by faith-based organizations.»

Tomasi presented further information about the «current services to the human family carried out in the world by the Catholic Church without any distinction of religion or race» in his speech during the interactive dialogue with the High Commissioner, also on May 27. Here are the data: in the field of education, there are 70,544 Catholic kindergartens looking after 6,478,627 pupils; 92,847 primary schools with 31,151,170 pupils; and 43,591 secondary schools with 17,793,559 pupils. The Church also educates 2,304,171 high school pupils, and 3,338,455 university students. The Church’s worldwide charity and healthcare centres include (beyond hospitals and clinics) 18,179 dispensaries; 547 Care Homes for people with Leprosy; 17,223 homes for the elderly, or the chronically ill or people with a disability; 9,882 orphanages; 11,379 baby childcare centers; 15,327 marriage counseling offices; 34,331 social rehabilitation centres; and 9,391 charitable institutions of other kinds. To such data, – Tomasi said – «it should be added the assistance services carried out in refugee camps and to internally displaced people, and the solidarity help to these uprooted persons.» Concluding, Tomasi noted: «This service certainly doesn’t call for discrimination against Christians.»

However, there is discrimination and it is on the rise. Before Tomasi, it was Mario Toso, Secretary of the Pontifical Council for Justice and Peace, to note it in a statement regarding discrimination against Christians at the High Level Conference on Tolerance and non-discrimination, at an Organization for Security and Cooperation in Europe (OSCE) meeting on May 22. Toso focused on what is going on in Europe, where «a sharp dividing line has been drawn between religious belief and religious practice, so that Christians are frequently reminded in public discourse (and increasingly even in the courts) that they can believe whatever they like in their own homes or heads, and largely worship as they wish in their own private churches, but they simply cannot act on those beliefs in public.»

A similar problem is lived by the Christians in the Middle East. There, the Arab Springs risks to become a cold winter for Christians. The Syrian situation gave rise to renewed concerns. For example, those among the Syrian people who flee as refugees to Lebanon are now jeopardizing the ethnic balance in the country of ciders, which is considered the regional model for cohabitation of religions. Even in this context, the most targeted communities are the Christian ones.

The Holy See does not promote peace just to protect Christian communities. The Holy See is moved by love for human beings.  The care for the most downtrodden in the world, which Tomasi’s data show, is made explicit in his appeal about the Syrian situation: «People should take precedence over power and revenge.»

Tomasi made this appeal during the urgent debate on «The deteriorating situation of human rights in the Syrian Arab Republic and the recent killings in Al Qusayr,» on May 29. Hezbollah militias fought together with Assad’s troops to re-conquer Al Qusayr, a small town situated ten kilometers from Lebanon’s western border. The previous week, European foreign ministers did not succeed in reaching an agreement regarding an embargo on arms trade for the rebels, which means that – starting from the end of June, when sanctions against the Syrian ruler Assad will end – each country will freely decide whether or not to sell arms to the Syrian rebels.

«Violence in Syria – Tomasi said – has proven once again that there is a situation where human rights are being violated. Lives have been destroyed by the tens of thousands; a million and half persons have been forced to flee abroad as refugees; more than four million people have lost their homes; and civilians have been targeted by warring parties with total disregard for humanitarian law.»

The way out of the crisis – Tomasi added – «is not by a military intensification of the armed conflict but by dialogue and reconciliation, a process that the proposed diplomatic conference can help to promote, if the political will is there to sustain it.» Mentioning political will is not accidental. Many maintain that the Syrian conflict responds to a foreign logic. In February, Armando Bortolaso, for ten years Apostolic Vicar of the Latin Church in Syria, came to Italy for a meeting of bishops friends of the Focolari movement. He said that the Syrian war is «in fact a foreign war. If the countries with interests regarding Syria, i.e. U.S. and Russia, would agree on how to manage that territory, all this can be brought to an end in a very little time.»

These are the highlights of a week of Holy See diplomatic activity.