Synod of Bishops: from Montini’s dream to Francis’ nightmare 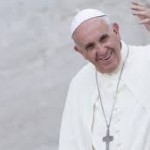 Pope Francis has often said that his model is Pope Paul VI. He has said he admired Paul VI’s courage in drafting a Humanae Vitae that ran counter to world public opinion, and he recognized his spiritual depth. But Giovambattista Montini was also the skilled deputy of the Secretariat of State in the 1940s and 1950s. In that capacity, he was one of the leading promoters of the Holy See engagement in multilateral issues.

“We missed the train of the unions, we cannot miss the train of the United Nations,” the young Montini is said to have noted when the participation of the Holy See in the international arena was under scrutiny.

Montini advocated this participation for two main reasons: because the Holy See was called to inspire the world, in a way to be in the world though not belonging to the world; and because the best place to be a source of inspiration was the multilateral bodies, where all the States, and not just the strongest ones, could have their say.

The model of multilateral organizations, in the end, permeated the Secretariat of State that Paul VI designed. It was under Paul VI that it became for the first time the most important among Vatican dicasteries, because of its function as a link between the sovereign and the Curia.

Today, the Holy See does not only take part in international meetings but also invites the United Nations representatives to be part of the Vatican meetings, accepts the United Nations agendas and objective of sustainable development, and adopts the UN vocabulary.

This is partly because of Pope Francis’ interests. He has made of human trafficking the core of the Holy See diplomatic activity, along with the commitment to migrants and the planet as our common home. For all of these topics, the Holy See collaborates with international institutions, though with some reservations.

For example, the Holy See more and more times raised reservations to the drafts of the Global Compact for Migrants and Refugees – which the Holy See backed – on the use of some terminology. In particular, the Holy See put under scrutiny the use of the term “gender” and the use of the formula “social and reproductive health,” that is generally a euphemism in international organizations to legitimize abortion.

It seems now that the international economic and social vocabulary has replaced a Catholic vocabulary, with the Holy See accepting them in the discussions, with some international organizations’ concessions with references to “integral ecology” and “integral human development.”

Speaking before the United Nations in 2015, Pope Francis underscored the expression “integral human development,” marking a shift from a general Holy See trend to embrace the sustainable development goals.

However, the sustainable development goals re-appeared in the draft of the Curia reform, the Praedicate Evangelium, as one of the objectives of the Dicastery for Promoting Integral Human Development.

In this embracing of the United Nations vocabulary, the Synod of bishops took the clearest action. Last year, the Synod of Bishops introduce the term “LGBT” in its working document of the Synod on young people. It was a premiere: the Holy See had never used the phrase, because the Holy See looks at the human person in its integrality, and not just sexual orientation, whichever it is.

First of all, it must be clear the Synod is a meeting of bishops. There will be 185 bishops with the right to vote. Along with them, another kind of participants: auditors, collaborators, observers, and representatives of indigenous and evangelical communities.

Among the latter, there are many representatives of international organizations and NGOs.

One of the special guests is Jean-Pierre Dutilleux, president of the Foret Vierge, the French association that backs indigenous causes and is active against deforestation in Amazonia. Then, there is monsignor Pirmin Spiegel of the NGO Misereor and Fr. Miguel Heinz of the NGO Adveniat: both linked to the German bishops’ conference, and strong financial and technical supporters of REPAM (the Ecclesial Network for the Panamazonia). Cardinal Claudio Hummes presides REPAM and has been appointed relator general of the Synod of Bishops.

Participants to the Synod include: the former General Secretary of the United Nations, Ban Ki-moon; the general deputy director of the FAO Climate and Biodiversity department, René Castro; the UN special rapporteur on the rights of indigenous populations, Victoria Tauli-Corpus; the general secretary of the International Cooperation for Development and Solidarity coalition (CIDSE), Josianne Gauthier; the leader of the Coordination Mechanism of Indigenous Organizations in the Amazon (COICA), José Gregorio Diaz Mirabal; US economist and Columbia University professor Jeffrey Sachs, already very active in the Vatican at the Pontifical Academy for Social Sciences; Hans. J. Schellnhuber, considered “the gentle prophet of climate change” and formerly a consultant to the German premier Angela Merkel; Carlos Nobre, the scientist famous for his studies on global warming; and Luis Libermann, an Argentinian businessman considered very close to Pope Francis.

All of these people represent a precise point of view that combines the rights of indigenous people and a homogenous vision on climate change as promoted by the United Nations and the great international organizations.

For this reason, the discussions about the Synod are mostly debated with a sociological – political perspective. The idea of viri probati, people of proven faith that can be ordained priest, is, in fact, a pragmatic way to face the issue of the lack of priests.

This pragmatic way does not take into account evangelization, nor the fact that there will always be a greater need for apostle priests able to move a lot, in a world ever more globalized and with fewer priests. French writer Jean Mercier shed light on the issue in 2015, and also noted that celibacy was the characteristic that perfectly matched the times of the apostle priest.

All the issues are not seen from the evangelization perspective. There is mostly a pragmatic approach, generally taken from German theology. And German bishops are now celebrating a national Synod based on these perspectives. Again, a Synod with a quasi-political, rather than theological, agenda.