A Vatican model of financial transparency The Eclipse of God. Ratzinger’s Students to Address How to Overcome it.

The Church in the Middle East 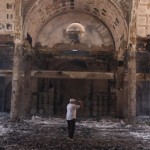 Pope Francis did not speak in political terms. After the violence and the  deaths in Cairo, he merely chose to add a prayer for violence to stop in Egypt. In fact, Benedict XVI did not speak in political terms either when he issued last year the post-synod document Ecclesia in Medioriente. That document should be reread nowadays, to understand the stand of the Church in the Middle East, which includes countries in northern Africa.

There are good reasons why Ecclesia in Medio Oriente is a significant document. It reflects the pain of Catholic minorities in the countries of the so-called Arab Springs. It speaks about the problem of the invisible exodus of Christians. It underlines the need for the Catholic Church to «reset and go» from the Bible as the starting point. The Bible as a tool of self-consciousness and also of dialogue. In fact, the positive role religion can play in a conflict environment is very important.

True, when Benedict XVI convoked the Synod for the Middle East, the mass popular movement later called «the Arab Spring» was still to come. On the other hand, it is also true that the Middle East and North Africa were seething. The Papal nuncios (the network of the pope’s ambassadors) was already alerting the Holy See that violence against Christians had increased, that the hidden exodus was always less containable and that social tensions were about to explode.

This background context led the Pope to convoke a regional synod. The representatives of the Church in the Middle East gathered in Rome in 2011 for three weeks and laid their problems on the table. But they also laid out positives, like the dialogue among religions.

When, in 2010, the bombings of Christian Churches in Egypt multiplied, Muslims took to the streets to protest together with Christians. In Lebanon, the charitable network of the Catholic Church has recently supported the sudden inflow of Syrian refugees, many of them Muslim. These are just some of the many examples that could be cited.

On the other hand, Christianity is the most persecuted religion in the world. Benedict XVI raised this many times, and so has Pope Francis. It is a fact, based on quantifiable data. It was proven in the most recent Report on Religious Freedom in the World, issued by Aid to the Church in Need. The report covers 196 countries and it includes all religions, not just Christianity.

Ecclesia in Medio Oriente provides important guidelines. The most used word in the exhortation is «communion». And communion is symbolized by the call to find an agreement for «a common translation of the Prayer of the Lord, the Our Father, in the vernacular languages of the region.»

The exhortation is a 90-page document divided into three sections, an introduction and a conclusion.  There are no political statements presented, because – Benedict XVI wrote – the position of the Holy See regarding Middle East political issues is well known.

So Pope Benedict proposed to restart from the Word of God, from the dialogue among religions on the most important topics (first among them religious freedom) and from the need to develop a fruitful collaboration «for what concerns charitable activities and the promotion of the values of human life, justice and peace.»

Above all, Pope Benedict was aware that the Catholic Church in the Middle East «will not be able to fully manifest this communion at the ecumenical and interreligious level unless she has first revived it in herself, within each of her Churches and among all her members: patriarchs, bishops, priests, religious, consecrated persons and lay persons.»

Benedict XVI gave the post-synodal exhortation in Lebanon, in the monastery of Harissa, during his last apostolic trip. On that occasion, he underlined that the exhortation was an appeal to «set a path to rediscover the essentiality,» i.e. an appeal to the sequela Christi (following Christ) in a difficult and painful environment that «could lead to the forgetting of the glorious cross.» And the appeal was essential – Benedict XVI noted – because «God dislikes timidity.»

So, Christians are called to bear witness firmly, in communion. And they are also called to be part of the process of «democracy building» that the Holy See has been promoting for a long time.

In September 2012, in Istanbul, Miguel Anguel Ayuso Guixot, Secretary of the Pontifical Council for Interreligious Dialogue, spoke at the international conference about «Arab awakening and peace in the Middle East: Muslim and Christian perspectives.» The focus of his intervention was an appeal to nurture a culture of democracy, an endeavor – he added – that «requires time, effort, patience and education.»

This very same appeal was the focus of the Message for the World Day of Peace in 2012, on the theme «Educating young people about justice and peace.» The diplomatic effort of the Holy See has been strongly focused on nurturing democracy, as well as, under the influence of Benedict XVI, to make Truth a pillar of its diplomatic relations. «In Truth, Peace» was the theme of the first message for the World Day of Peace signed by Pope Benedict.

In his Istanbul remarks, Ayuso made an analysis of what had happened after the Arab Spring. He explained that «the first outcomes of the Arab awakening have been the victories of Islamic political parties in Morocco, Tunisia and Egypt.» He underlined that, surely, it was an outcome of democracy, since these parties «adopted a pragmatic and moderate language.» But now – he added – «there is a need to follow up and to further develop and nurture a culture of democracy.»

Ayuso also highlighted what the following-up steps were: «Develop a clear role for the law, according to which everybody is equal before the law» and at the same time «develop the appropriate state institutions and have them serve all the citizens.» Ultimately, the elections held in the countries of the Arab Spring could be considered just «a first step to establish the legitimacy of those who must ipnow speak on behalf of the people.» Finally, Ayuso warned about the danger that «democracy can potentially be used to legitimate extremist and fundamentalist ideologies.»

In hindsight, all the concerns raised by Ayuso have dramatically come to the fore in Egypt. Father Khalil Samir Khalil, a Jesuit expert on the Middle East, also pointed out to problems with the Egyptian revolution, when he presented the Aid to the Church in Need Annual Report on Religious Freedom.

Father Samir recounted: «At the beginning, young people took to the streets united. Copts and Muslims were together. Their slogans brought into mind the 1919 revolution against English domination, when priests and imams marched alongside each other to demand independence under a flag with the crescent and the cross. These protests led to the 1920 Anglo-Egyptian Agreements and to Egyptian independence in 1922. That alliance occurred once again in Tahrir Square in Cairo during the January 25, 2011 revolution. Christians made a human chain to protect Muslims from the army during Friday prayers, and vice versa on Sunday, for the Christians to attend Mass. After the fall of Mubarak – who ruled Egypt for 20 years – the number of fundamentalists increased and took control of the protests. At that point, young people took to the streets once again, to reiterate that the final goal of the revolution was a secular and equal citizenship for all, and calling for the ability of living out one’s faith freely and without any kind of constriction.»

However, it was not possible to prevent the fundamentalist drift, which led to the democratic electoral victory of the Muslim Brothers and after that to the efforts by president Morsi (later deposed by the army, who took over control of the government) to produce a Muslim Constitution.

In this context, the Church acted as it should: trying to protect its community.

When the chaos in Egypt had just begun, Father Rafic Greiche, the spokesperson of the Egyptian Catholic Church, stressed to the agency AsiaNews that «we cannot call what is going on in Egypt a coup. The army decided to protect a pacific revolution organized by young people of Egypt, which was supported by millions of Egyptians in the country. If there had been a coup, the military would have immediately appointed one of their own as ad-interim president. They would have changed the government and take over power.»

Instead, the army– Father Greiche said – «is not part of the political system, it is just leading the dialogue among the parties. The current ad-interim head of state is not a politician, but a “technocrat,” Adli Mansour, the head of the Constitutional Court. He promised that he will form a provisional government comprised by a coalition embracing all the parties and institutions in Egyptian society.»

Yet, there are observers who think that the fact that the army is managing the transition can be viewed as the end of the Tahrir Square revolution.

Among these observers, the Italian journalist Paolo Caridi, who lived in Egypt. On her web site Invisible Arabs, she underlines that «Egypt started exploding the moment it applauded the parade of fighter aircrafts in the sky of Tahrir, in the exaltation of a people that put itself (once again) in the hands of the republican system born with Gamal Abdel Nasser, thinking about liberating themselves from another abuse of power, that of the conservative leadership of the Muslim Brothers.»

There are many diverging opinions, showing just how difficult it is to take a stand about the Egyptian situation and about other complex situations. This is the reason why the Church, more than going into politics, appeals for reconciliation and dialogue, the only diplomatic weapons she is provided with to carry on its international agenda. An international agenda entirely rooted in the integral humanism, which goal is the common good.

One Response to The Church in the Middle East