A Guiding Thread Links the Butler’s Trial With The Holy See’s International Agenda Why the year of Faith?

Vatileaks is not over. It may never be 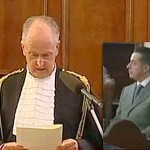 The Vatileaks case does not come to an end with the trial of Paolo Gabriele, the Pope’s butler charged with aggravated theft, convicted of stealing the pontiff’s private documents and leaking them to a journalist, and sentenced to 18 months in prison (but a Papal pardon is likely). Perhaps Vatileaks will never come to an end.  Not only because there have always been – and there’ll always be – malcontents within the Curia, but because Paolo Gabriele’s story confirms the Vatican has change. We are in a new era.  The old boys’ club system has failed. It used to be that one could get hired in the Vatican only after close scrutiny. One should be trustworthy and recommended by trusted people. Notwithstanding petty or real power struggles, everyone realized they were part of the greatest institution in the world. But to think that Paolo Gabriele – previously a floor cleaner at the Vatican Secretariat of State– managed to become the first ever Chamber Assistant to His Holiness should give us pause.

What we heard  during the very short trial that took place in Vatican City State last week showed how dangerous and careless it was to hire Paolo Gabriele for such a sensitive position. Recommended by Stanislao Dziwisz – now cardinal and archbishop of Cracow, previously John Paul II’s secretary – and by msgr. James Harvey – once assessor in the Vatican Secretariat of State and now prefect of the Pontifical House – Paolo Gabriele perfected over the years his knack for copying and stealing documents.  His version of events – that he began to gather documents in 2010, when the «Viganò’s affair» became public – contradicts the investigation’s findings. Georg Gaesnwein, Benedict XVI’s personal secretary, examined the papers. He noted that there were documents from 2006, 2007, 2008 and 2009. In their testimonies, the Vatican Gendarmes who searched Paolo Gabriele’s house confirmed that there were several documents taken before 2010. The Pope’s butler also maintained that he only took copies of documents. Facts denied it: there were several original documents in his house –everyone testifying  coincided on this.

Paolo Gabriele is not a scapegoat. He is certainly someone easy to take advantage of. It is so stated in both psychiatric examinations (the one requested by Paolo Gabriele’s lawyer and the one requested by the Vatican Promoter of Justice during the preliminary investigation) undertaken to analyze whether Paolo Gabriele was insano de mente or not. The butler knows and weighs the consequences of his actions. Yet in the psychiatric examination, Paolo Gabriele’s profile is that of an insecure person with a constant urge to meet with the approval of people he considered of a certain importance. During his testimony, Paolo Gabriele told how he used to take the car to go to work everyday, a mere 3-4 minutes commute on foot. Otherwise, he said, everybody could stop him to ask for favors, and he – being a good Christian – could not help but to listen and try to help everyone. Perhaps he took the car only to better hide the documents he stole.

When questioned, Paolo Gabriele almost brags. He says that he copied documents in front of everyone in his office – he had a desk in the room of the two Papal personal secretaries – because nobody would suspect him, since his intentions «were not evil». He explains that he «opened his heart» to Msgr. Gaenswein about his fears regarding the Vatican Gendarmes Corps. In fact, he has a sort of obsession with the Vatican Gendarmes. Somebody noted that it is the fixation of a person who could not become a Gendarme. Paolo Gabriele asks Gendarmes for copies of their regulations, he researches information about the Vatican Gendarme Corps, he reaches out to a certain Luca Catano – whom he though to be a magistrate – thinking he could get more information through him.

But the game Paolo Gabriele played during the trial is very odd. When he was held in custody, his lawyers declared that he was well and psychologically healthy. During the trial, he played the «torture card». Paolo Gabriele maintains that he was imprisoned for 20 days in a tiny cell, so narrow that he could not stretch his arms. He maintains that the light of his cell was kept on 24 hours a day. Giuseppe Della Torre, president of the Vatican Tribunal, opens an investigation about this «tortures». Members of the Vatican Gendarmes Corps are shocked. They treated Paolo Gabriele with kid gloves, and the butler had even thanked them. They deliver a press communiqué, responding point by point to each of Gabriele’s accusations. They counter the possibility of facing further accusations. The day after Paolo Gabriele’s interrogation, Vice Commissioner Cintia was called to testify, and asked that the court record note that «Paolo Gabriele thanked me». To which Paolo Gabriele reacts with a wide smile.

Paolo Gabriele’s defensive line is also questionable. It intends to show that the Pope’s butler was framed. His lawyer Arru insistently raised questions: about the use or not use of gloves during the search in his house (although for «paper searches there is no need for gloves»), about the search in Gabriele’s house in Castel Gandolfo, in Italian territory (although this search is not part of the trial); about the fact that the boxes where all of Paolo Gabriele’s things were placed were perhaps too large, insinuating there were originally more documents than those later considered necessary.  All this calling into question is to support the scapegoat thesis, where Paolo is the victim to a conspiracy. He is the hero framed, who takes the blame calmly.

Paolo Gabriele is not a hero. He is just one of many Vatican employees. Many of them handle documents. Not all of them steal documents. Many of them can have questions about situations, even be shocked. But they try to be loyal to the institution they have been sworn into. It is also true that others would do what Paolo Gabriele did, maybe to earn some extra-money, or for other reasons. There is, in fact, a «gang of malcontents», a sort of group made up of Vatican clerks and prelates. They do not hide their discontent, and they often speak about how to «help the Pope», which means to stir trouble for the Pope.

The existence of this gang of malcontents proves that the Vatican old boys’ club system has failed. Over the years, clerks, officials and even priests poorly selected were hired in the Vatican, and then have been able to advance in their careers, step by step. Mediocre people were able to reach very senior posts, and then co-opted people similar to them. There are almost three such generations. The Vatican must really overhaul its hiring practices.

Gabriele has even mentioned an enabling environment. Who swayed Paolo Gabriele? He talks about cardinals Sardi and Comastri; about Joseph Ratzinger’s long-term collaborator Ingrid Stampa; about Msgr. Cavina, bishop of Carpi, who served for a long time as an official in the Vatican Secretariat of State. The first three – together with Joseph Clemens, whom Paolo Gabriele oddly did not mention – were said to be the Vatileaks inspirers in an article in Die Welt which influenced public opinion (this article was excerpted from the trial, on Paolo Gabriele’s lawyer request). This article – whose contents were officially denied by the Vatican Secretariat of State – was excluded from the process on request by Paolo Gabriele’s lawyer. The butler drops these names, and then distance himself from the consequences. The day after giving testimony, Cristiana Arru maintains that the butler is «bothered» by the fact that the media has referred to these people as his accomplices.

Perhaps, one should look for Paolo Gabriele’s enabling environments elsewhere. Much higher, and also in everyday meeting places. Perhaps in some of the bars around the Vatican where the gang of malcontents gather to complain, and where a cardinal could casually pat someone on the shoulder and let him know that he can be a hero, that he can play a role to save the Pope from his obtuse collaborators. Who seduced Paolo Gabriele? Who had reasons to do so? Many are those who may have a grudge against this Pontificate, and against Bertone, Secretary of State. After almost 30 years, the machine of privileges was dismantled by the Pope and Bertone. They re-built the structures, and gave power to other people.

Once, these internal struggles took place inside the Vatican, invisible outside the Sacred Walls. The loyalty to the institution came above all. There was great consciousness about the importance of the Church in the world. That is no longer the case.

Vatileaks shed light on how prelates often put their personal interests before the Church’s interests. The sense of being Church has been lost. Careerism has grown – and it is not a case that the Pope held several speeches and homily blaming careerism. Much could be learned from the report of the cardinals’ commission appointed by the Pope to investigate how the documents were leaked. The three cardinals –Herranz, Tomko and De Giorgi—looked into the «enabling environment». They reached some conclusions, which they shared personally with the Pope. The issue is not whether someone would like to see Pope Benedict XVI killed or marginalized. The real problem is indifference toward the Church. The scant understanding of its mission, reducing it to a mere power structure. This is why Vatileaks is not over.  It may never be.

4 Responses to Vatileaks is not over. It may never be