What if we misunderstood Pope Francis? 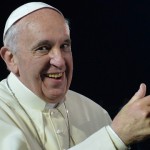 Last Monday, Pope Francis was the first Pope to deliver the inaugural speech of the General Assembly of the Italian Bishops’ Conference. The Pope asked the Italian bishops to change the statutes, to make them more democratic, being this Conference the only one in the world whose president is directly elected by the Pope as Primate of Italy. It was widely thought that Pope Francis, addressing the Conference, should have given clear indications to the Italian bishops about what to do. As usual, the Pope surprised everyone. He strongly criticized the media for writing about divisions within the presidency of the conference («I read on the newspapers: this member is with the Pope, this other one is not. They are all with the Pope!») and then he explained to bishops how, in his view, they must carry on their pastoral work, and which are the places where the pastoral work cannot fail. It was something very far from the political speech expected. A clear signal that probably Pope Francis’ actions are misinterpreted.

Pope Francis makes important decisions and takes on strong stands, expediently. He meets everybody, and speaks to everyone. Then he makes up his mind, often – as recounted by his first ‘first secretary’, Monsignor Alfred Xuereb – after having prayed. Pope Francis takes his decisions the way Jesuits give their responses. i.e., in a short, straightforward way, leaving to the others the opportunity to personally develop the response.

Hence, the establishment of Pontifical commissions of reference on the Institute for Religious Works (the so called Vatican bank) and on the governing of the Vatican. The commissions had a limited mandate (they gave their final report to the Pope on May 22) and had been established with the idea of counseling the Pope. Likewise, the Secretariat for the Economy, the new Council for the Economy, as well as the Pontifical Commission for the Protection of Minors: all of these bodies have been established without statutes, which are left to the internal discussion of the members within the new bodies. Similarly, the “complaint office” for ‘delicta graviora’ within the disciplinary branch of the Congregation for the Doctrine of the Faith: the office does not have a stated mandate yet, but the chairman has been already appointed in the person of bishop José Luis Mollaghan of Rosario (Argentina), whom Pope Francis transferred from a dioceses which did not particularly loved him. And also similarly, the Council of Eight Cardinals, whose establishment was legitimated by a chirograph only at the eve of their first meeting.

Those who see behind these decisions a defined program of action probably do not take into account that Pope Francis himself, in an interview he granted to the Italian prominent newspaper “Corriere della Sera”, underscored that he «did not have a specific plan for the Church,» and the he just «followed the indications of the General Congregations,» i.e. the pre-Conclave meetings of Cardinals.

Pope Francis has in the end one only true goal: that the Church be missionary. In order to have a missionary Church, Pope Francis wants a credible Church. Not only must the Church not be too “mundane” (bound to earthly preoccupations), it should not seem mundane. The Church should not be confined by earthly tasks and linked to struggles for power.

Hence, a series of other Papal choices. For instance, the first Pope Francis’ consistory surprised everyone for the promotion of archbishops (and, in the Haiti case, of a bishop) hailing from a peripheral and unimportant dioceses, while on the other hand Pope Francis did not give the red hat to archbishops in charge of dioceses who have always received them and become cardinals because of tradition and influence. This was how the Pope wanted to show that there are no first and second class dioceses, and that bishops in all dioceses may become cardinals, if they dedicate their lives to serve.

Even the reshuffles among members of the congregations, which led to a list of “promoted” and “dismissed” drafted by media outlets, should be read with a broader view. Simply, Pope Francis did not want power to be concentrated in the hands of very few people, and wanted to show that everyone can be equal.

These choices were interpreted as a clear Pope Francis repudiation of Cardinal Bagnasco and his way of managing the Italian Bishops’ Conference. Pope Francis’ speech last Monday indicated this was not so. The Pope had not gone to the Italian Bishops’ Conference to impose his personal views. He was giving the inaugural speech by invitation of the very same Cardinal Bagnasco, to back once more a missionary turn.

The Italian bishops discussed and decided that they still want the Pope to choose their president. On the other hand, they paved the way for more collegiality, thus outlining the reform of their statutes: they will vote to elect three candidates, and the Pope will be able to choose among the three chosen. It was said the Pope was deeply disappointed, since it was not exactly what he expected and wanted from the bishops. In fact, the Pope just wanted to promote a wider discussion, in order to reach more collegiality. He is not interested in how the election will be handled. He wanted the bishops to show their unity.

Pope Francis has in fact a strong sensitivity to social issues. He had been a young militant of the “Guardia de Hierro” (the Iron Guard), a rightist branch of Peronism. And Peronism, ultimately, is not just a regime. It is a sort of “box of ideas,” where social issues, Populism, even some Christianity, are mixed up together. An Argentinean source defined Peronism a “mystic box.”

To this background, Bergoglio added the ideas of the “Theology of the People,” the Argentine branch of Liberation Theology, Marxism-free and at the same time imbued with the promotion of popular piety which Pope Francis really put at the basis of his formation. Theology of the People taught Pope Francis not to go overboard on moralism and academicism. Jorge Mario Bergoglio used to say that diocesan synods’ outcomes could be just documents to be kept on bookshelves. He rather wanted priests to spend their time with people and bring the issue of the poor of the Villas Miserias to public attention. This kind of sensitivity, Pope Francis transferred to his pontificate.

Even Pope Francis diplomatic stances are imbued with this view. Prayer is the main Pope Francis’ diplomatic tool. It was proven during the most recent trip to Israel: in a an unprecedented gesture, Pope Francis stopped to pray at the wall that separates Israel from the West Bank in the city of Bethlehem on Sunday; then, he invited the Israeli President Shimon Peres and Palestinian president Mahmoud Abbas for a joint prayer in his house in the Vatican; and at the end of the Ecumenical Celebrations at the Holy Sepulcher, which he celebrated with the Ecumenical Patriarch of Costantinople Bartholomew I, he was inspired by popular piety, and concluded his speech saying that «when disunity make us disheartened, let us pray the Holy Mother of God.»

As a Pontiff, Pope Francis preaches, but he does not want to take strong stances on the big issues. When he meets the most important people in the world, Pope Francis speaks to them in general terms. Last November, the president of the World Bank, Jim Yong Kim, went to visit Pope Francis and told him about his difficulties within the World Bank (he is not a banker, and he faces strong internal resistance) and explained to the Pope the World Bank’s project for the poor. Pope Francis replied paternally: «I pray for you.»

Speaking to the UN agencies on May 9, Pope Francis strongly stood for the rights of the unborn children, but at the same time he did not even mention a possible reform of the United Nations, that the Holy See has been requesting for years. When Italian lawmakers asked him to have mass with them, the Pope simply made his homily on the readings of the day and then left without greeting anyone. The homily was about corruption, since the Gospel was on corruption, and perhaps the interpretation of the homily as an admonishment to politicians is too far-fetched, not reflecting the actual sense of his words.

This is how Pope Francis combines evangelization and social issues. He does not address the big issues. He just gives the Church’s view, yet trying to concretely use his influence to advance some social issue (human trafficking, the struggle against poverty) while maintaining a purely pastoral point of view.

Given these examples (and more could be provided), it is possible to assume that – after one and a half year of pontificate – Pope Francis has not been fully understood yet. His actions are interpreted through categories which are simply nonsense for a bishop nurtured in the Latin American environment. In Latin America, evangelization, social issues and popular piety are mixed together, and the big issues rarely grab the attention of people. Pastoral works comes before everything. From the other side of the ocean, the Pope’s role in the global world is considered something very far.

9 Responses to What if we misunderstood Pope Francis?