Pope Francis, five years later Synod on young people, what will it look like?

What will be the lettergate impact on media reform? 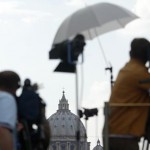 Msgr. Dario Edoardo Viganò’s resignation as Prefect of the Secretariat for Communication is not the end of the Vatican media reform. After the resignation, Msgr. Viganò was appointed by Pope Francis assessor of the same dicastery, and as such awaits the next prefect. The signal is clear: reform must go on.

Not by chance, in his response letter to Msgr. Viganò’s resignation, Pope Francis underscored the next steps: the consolidation of the Osservatore Romano and of Vatican Publishing House within Vatican News. In the end, the Pope said that the media reform must be carried forward as planned.

However, the general scenario is more complex than this, and so it is important to set a wide gaze to better understand it.

It is certain that neither the partial publication of Benedict XVI’ confidential letter, nor the belated apologies after the full content of the letter was revealed, helped. Also because the Pope emeritus not only rejected the offer to write a foreword for the book, but also raised criticism toward one of its contributors.

Disclosing the content of the letter was seen in one of two ways: either as an attempt to delegitimize the Pope emeritus, or an attempt to exploit the Pope emeritus for marketing purposes. Taking for granted that Msgr. Viganò’s worked in good faith, and that he left out part of the letter in order not to attack one of the book’s contributors, the reactions were foreseeable.

There are at least three good reasons why the reactions could have been expected.

The first reason deals with the appreciation of Vatican media reforms within the Sacred Walls. Vatican communication has always been managed according to good sense criteria that were further professionalized on the basis of the knowledge of the Vatican world and language. Going back to the 1980s, the hiring of Joaquin Navarro Valls as director of the Holy See Press office marked the beginning of a new era for Vatican communications: on the one hand, a more professional communication, on the other hand, a communication that remained anchored in personal sensitivity. The Vatican, in the end, is not a company, and the Pope is not just a figure to feature on the cover of magazines, although many see him as such.

Hence, the second point: the first Committee established to study the Vatican media reform was announced within the great reform of the Vatican economy in a press conference held July 2014 by Cardinal George Pell, Prefect of the Secretariat for the Economy.

There is a clear meaning behind this choice: reform is mostly made for economic purposes, and a redistribution of costs is needed. This led to a marketing approach filled with the notion of “selling” the Pope’s image. From this point of view, looking at the initial criteria of the reform, Msgr. Viganò did what he was was requested to do.

Certainly, marketing does not imply history, as marketing is played on the “here and now”. This is the reason why the intent to use Benedict XVI’s letter in order to give traction to the series of volumes on Pope Francis’ theology did not consider that a different communication was needed. It was, to some extent, a naive approach.

The approach can be considered even more than naive, considering the particular situation of communications around the Pope. Everything is polarized. Any attack to Pope Francis is read as an aggression to the Pontificate; any attack to Benedict XVI is interpreted as an attempt to break with the past. No institutional communication can choose not to recognize this scenario.

This polarization is the fertile ground where the post Second Vatican Council agenda has been able to flourish.

Benedict XVI’s criticism of the inclusion of the theologian Huenermann in the book was attributed to “personal animosity,” despite Benedict having served for years as the prefect of the Congregation for the Doctrine of the Faith, and thus his criticism directed toward notions, never against a person. It is not Benedict engaging on a personal attack: he never did so. This is proven by the collegial way he managed the Congregation for the Doctrine of the Faith, and by his modus operandi, that brought him to entertain a dialogue with fallacious ideology, even publishing two instructions – as it happened with theology of liberation – pars destruens and pars construens of a dialogic procedure.

The question now is: what is behind this acrimony toward the Pope emeritus’ words?

Vatican communication should think in depth about that, going beyond the the fact that it is tailored to generate revenues and having a novel impact. It is, in the end, the first time that Vatican communications is operating in a world where there is a Pope emeritus and a sitting Pope, in a media environment that is generally averse to the Catholic Church.

So, how to answer the question? A hypothesis, not even original, can be advanced. While the Vatican was rethinking its communication in terms of modernity and marketing at the expense of its past patrimony (Vatican Radio has ceased to exist as a legal entity); while all the communications issues were centered on Pope Francis’ extraordinary media impact; there were people who carried forward their agenda, and this agenda implied a hatred of Benedict XVI.

This agenda has existed since the Second Vatican Councl, and had been kept in check during John Paul II’s and Benedict XVI’s pontificates. However, the agenda persisted, as the approach of some bishops’ conferences show. Benedict XVI, for instance, went to Germany in 2011, and asked the German Church to become less worldly. But the German Bishops’ Conference gathered shortly after, and set the agenda on progressive issues, as if Benedict’s visit had never taken place.

This agenda was at least on the sidelines: the media did not give it too much attention, as the discussion was on philosophical and theological issues, while sociological issues were addressed in secular terms. The issues were ideas, the clergy and ruling class formation, and above all of evangelization.

It is then paradoxical that the generation of ideas and of the cultural struggle was not able to give rise to a new ruling class, and that ideas that are taking the lead of the current discussion are de facto ideas from the 1970s, born out of the post-Second Vatican Council never ending debate. It is noteworthy that the issue of a change of doctrine is now on the agenda, especially regarding the possibility to overturn Humanae Vitae. It cannot be excluded that, at the Synod for the Youth, the opinion of young people will be used to push toward a change of doctrine, justifying that with the need of attracting people to the Catholic faith.

These ideas find fertile ground nowadays: the pastoral approach is confused with pastoralism, and the sociological impact has become more important than proclaiming the Gospel. This is not a new concern. It was raised by people that cannot be accused of any partisanship, like the long-standing Italian missionary Fr. Piero Gheddo, who recently passed away.

This is how the limits of a media reform conceived to generate more revenues rather than to find new models of communication,  that is combined with a campaign on some issues that uses the Pope as a shield to pursue behind it a particular agenda. This agenda has its goal set on increasing the flock, making evangelization a matter of marketing.

At the beginning, the Pope hired external experts. Then, he turned to internal experts, with the goal to make everything more professional with the same desire to generate revenues. Now, a third phase is needed: to think about Vatican communication in terms of topics, and not only in terms of a renewed organization. This is the great challenge for the successor of Msgr. Viganò, with the new assessor Viganò at his side.