Pope Francis: The Struggle behind the Curtains Media vs. the Church: from Cardinal Barbarin to Cardinal Pell

With Pope Francis the Roman Curia is no longer the Center 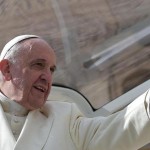 The appointment of Archbishop Luis Ladaria as Prefect of the Congregation for the Doctrine of the Faith is a further proof – if any proof were still needed – that Pope Francis’s appointments in the Curia reveal neither what he is really thinking nor who his friends are.

Archbishop Ladaria is held in great esteem by the Pope. He is balanced in his positions and has always been considered a “center-oriented” prelate. In this way, he garnered a general appreciation that brought him in 2008 to be appointed Number 2 in the Congregation.

His appointment is not a groundbreaking one. It is a simply promotion, an advancement from his previous post. Pope Francis, in the end, did not look to Cardinals whom he likes in order to replace Cardinal Mueller – the names of Cardinal Sean O’Malley of Boston and Cardinal Christoph Schoenborn of Vienna were rumored to be possible picks for the post, as well as that of Archbishop Victor Fernandez. Cardinal Schoenborn was in fact considered the most probable, as he received a visible papal endorsement when Pope Francis indicated his interpretation of Amoris Laetitia as the right one.

However, none of these prelates really any possibility of being named Prefect of the CDF. The reason is that with Pope Francis, the Roman Curia is no longer the center, just as the Congregation for the Doctrine of the Faith is no longer labeled as “The Supreme”, as it was in ancient times, and was de facto under Pope Benedict XVI.

The drift from the Curia is part of the Pope Francis’s project of decentralization, already outlined in the apostolic exhortation Evangelii Gaudium, the real programmatic document of the pontificate.

In Evangelii Gaudium, Pope Francis stressed that some of the local bishops conferences could be entrusted of some of the Roman Curia competences. This is still one of the core discussions during the Council of Cardinals meetings: during the last gathering, one full session was dedicated to possible moves of competences from the Curia to dioceses.

The project of de-centralization is an outcome of the proposals advanced by the Cardinals during the pre-conclave meetings in 2013. However, Pope Francis took on board their advice in his own way. The Council of Cardinals is a good example in order to understand his rationale.

Shortly after Francis’s election, several media outlets speculated about the possibility that he would establish a so-called “Council of the Crown” to assist him in the Church’s government. This “Council of the Crown” recalled a proposal for a Curia reform of the Cardinal (then Archbishop) Attilio Nicora. The proposal was drafted back in 2005. However, it remained just a proposal, since the death of St. John Paul II.

The rationale behind Nicora’s draft did not come out of the blue. There had been several discussions about how to strengthen the collegiality of the Pope’s government. The model was that of the Church of the Middle Ages.

During the Middle Ages, consistories were convoked even three times a week, and Popes did not make any decision without listening to their “Senate”. Consistorial decisions lost some weight following Sixtus V’s Curia reform and the creation of the first Vatican dicasteries – which were, in fact, under Cardinals.

As the College of Cardinals became more international, and red birettas were given to residential bishops living in places far away from Rome, this way of governing got lost. It was too difficult to convoke all the Cardinals to meet in Rome every week, in order to share in the Pope’s decisions. Consistories thus became rarer, though they retained the important function of giving solemnity to the Pope’s decisions, as when they are convoked to set dates for canonization. It must not be forgotten that Pope Benedict XVI announced his historical resignation during a consistory.

After the Second Vatican Council, a wide discussion took place about the possibility of involving Cardinals more in the decisions of the life of the Church. Among the ideas, one seemed to be perfect: the members of the College of Cardinals were asked to vote on a council of their representatives among those who lived in Rome. These Cardinals were going to become the Pope’s Senate, to be convoked regularly in Rome.

This way, the Pope’s collegiality could be restored. And this was one of the proposals that came out during the pre-conclave meetings.

Pope Francis took the advice, but turned it upside down. A Council was composed of residential cardinals who represented the five continents. To these, the Pope added Cardinal Bertello, President of the Administration of Vatican City State, and only later, Cardinal Parolin, the Secretary of State.

Ever since the Council of Cardinals was established, Pope Francis followed the criterion of decentralization. Part of the goal was to stop the kind of careerism that viewed a high position in the Curia as a final career move in the Church’s central government.

This is also the reason that Pope Francis wants to limit the years of membership in the Curia, as Cardinal Oscar Andrés Rodriguez Maradiaga, Coordinator of the Council of the Cardinals, reported in a book-length interview.

Cardinal Mueller was the first Curia prefect not to have his five-year mandate renewed. The same will happen with other heads of dicasteries. Once confirmed, a prelate will stay in his post at the helm of the Congregation for only five years, or he will be renewed for just one mandate. Afterwards, he will have to leave.

The Curia however has lost a lot of its previous influence under Pope Francis. Even the Pope’s documents – following Evangelii Gaudium – quote documents issued by local bishops’ conferences.

However, this attention to peripheries, in the end, turns into a renewed centralization. The Council of Cardinals gathers every two months, but it is Pope Francis who makes all the decisions. Consider the fact that new statutes and the creation of new dicasteries have been announced before the meetings of the Council.

Moreover, the Pope has initiated a new procedure for ad limina visits: bishops spend more time with the Pope, as a meeting with the Pope together with the heads of some Vatican dicasteries has been added to the regular schedule. The Pope listens, but in the end he is always the only real star of the show.

The Pope makes his decisions on the basis of advice he receives from his friends, from people he trusts, from meetings he has outside the Curia and outside his official schedule. The opinion of a residential bishop is certainly more important than that of a bishop who works in the Curia.

Speaking of the Curia, some of the heaviest speeches of the pontificate were those Pope Francis delivered during his Christmas greetings to the Curia: he first listed the maladies of the men of the Curia, then the way they should be, and lastly, he retraced all the reforms undertaken during the previous three years of his pontificate – a sort of response to those who opined that no real reforms had taken place.

In fact, the real reform for Pope Francis, is that of the profile of bishops. An example is that of the Church of Italy: the Pope has tapped as Archbishop of Milan Mario Delpini, until now auxiliary bishop of the biggest diocese in the world; and the Pope chose as his Vicar for the Diocese of Rome Angelo De Donatis, who also served as an auxiliary bishop. Neither has been created a cardinal, nor does it seem they will be soon. This is striking in the case of the Vicar of Rome, who is supposed to be a Cardinal according to a Consistorial decree issued by Pope Paul IV in the sixteenth century.

During the four years of this pontificate, Pope Francis has changed two-thirds of the bishops of Italian dioceses: the transfers were very few, while many are newly ordained bishops.

As far as bishops in other parts of the world are concerned, the profile of some shepherds in key places marks a clear shift from the past. It is noteworthy that the most important of these new bishops were almost immediately created cardinals: Archbishop Jozef de Kesel of Brussels, Archbishop Blase Cupich in Chicago, and Archbishop Juan José Omella of Barcelona. This latter was the only European in the June 28 Consistory, and observers noted that he was included in that small consistory as a reaction to the Spanish Bishops Conference, which just shortly before had elected an Executive Council marked by continuity.

In the end, Pope Francis wants a more pastoral Church, and this is also the reason he wants authority to be linked to the dioceses, more than to Rome. This is something he has made clearer in Amoris Laetitia. This is the reason that it would be difficult to see his most trusted collaborators appointed to serve in Rome. The Pope wants his closest collaborators immersed in local realities. As he said at the beginning of his pontificate, the center can be better seen from the peripheries.