Has Pope Francis completed his reforms? 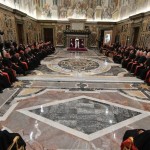 With the entry into force of the new apostolic constitution, Pope Francis was expected to appoint all the new heads of departments. It was a formal necessity: in fact, none of the previous dicasteries existed anymore, there was a new constitution, and therefore everyone had to be reappointed, both those who would remain at the helm of the new departments and those who would take over them.

No appointments were made before June 5, and no appointments were made on June 6, when everyone was waiting for them. Meanwhile, a bit of confusion began. Archbishop Arthur Roche was referred to as Prefect of the Dicastery for Divine Worship and the Discipline of the Sacraments in the audience pamphlets. A confirmation, in short, in his position, with a simple title change. Also Cardinal Marc Ouellett was described as Prefect of the Dicatery for Bishops in the June 11 audience pamphlet. Was he then confirmed or is it just distraction?

Cardinal Luis Antonio Tagle, who met with the Pope on June 9, was instead mentioned without a title, while a first internal draft still described him as Prefect of the Congregation for the Evangelization of Peoples. A sign that soon, as they say, he will be moved to the leadership of another Congregation? Rumors said he was going to the bishops, butt Ouellet’s title might suggest otherwise (maybe the dicastery for the Doctrine of the Faith?)

Several clues arrived from the audience granted to Archbishop Rino Fisichella, who should have been, logically, pro prefect of the Dicastery of Evangelization. In the audience pamphlet, however, he appears only as of the titular bishop of Voghenza. Does that mean he’ll be moved to another position?

There was no transitional rule which provided that, until the Pope had appointed the new prefects, the heads of the dissolved and reformed dicasteries would remain in office.

These are all minor signs that fuel the climate of uncertainty. But perhaps this is precisely what Pope Francis wants: to feed uncertainty.

Pope Francis does not like his decisions to be anticipated, and he does everything he can to ensure that no one knows anything. Until now, he has always announced the consistories personally, without sharing their dates even with his closest entourage. None of the cardinals was ever warned, and every decision was made only by him.

The same happened with the reforms. The Council of Cardinals has never really decided on reform, except for the Pontifical Commission for the Protection of Minors. All the other reform announcements were made before the meeting of the Council of Cardinals, which had to take note of the Pope’s decisions. And so it will be for the next consistory: the cardinals will not be called to discuss the reforms. They will not be able to change them. They will simply have to acknowledge them.

In the end, nothing is inevitable because the Pope can decide otherwise at any time. It has been a known scenario for several years now. To understand the Pope, one must stay away from decisions that would be logical and obvious. Pope Francis always applies a different logic: personal trust and reactions to public opinion.

Personal trust is, however, the key to understanding different appointments to the Curia and otherwise. For example, it is the personal that explains why Cardinal Santos y Avril, now 82 years old, is still the president of the Council of Superintendence of the IOR.

The other key to understanding Pope Francis’ modus operandi is the classic one of divide et impera, divide and govern. Pope Francis does everything possible to avoid the formation of consortiums of power or well-established groups. For this reason, he had constant staff changes in the Curia and established in the new constitution that no one could stay more than two five-year terms at the head of the Congregations.

At the same time, the Pope often concentrates power in one person’s hands, making it easier to take control away if a crisis arises. Cardinal Kevin J. Farrell, for example, is Prefect of the Laity, Family and Life Dicastery; Camerlengo; and now chairman of the Investment Committee.

Few, in this situation, take the risk of a personal decision because perhaps the Pope does not support the decision, and he has no qualms about changing everything. A well-known example was the announced decision of a personnel office, which was denied by the bulletin of the Holy See Press Office the day after the announcement. Yet, two years later, the personnel office is announced, almost suddenly and without a bulletin, as established within the Secretariat for the Economy. And there remains the impression of punishment by the Pope for a decision announced at a time when he would not have wanted it.

So, although everyone knows the appointments and how they will be, no one speaks about them. If Pope Francis learns that the news is filtered, he quickly changes his mind. And it wouldn’t be the first time. At the beginning of his Pontificate, Monsignor Lucio Vallejo Balda assumed that he would become secretary of the Council for the Economy. But the Pope did not name him.

It is a framework that also gives an idea of the volatility of the Pope, who is often convinced to change his mind when everything is already established.

It happened when the Pope decided, last February, not to go to the meeting on the Mediterranean organized by the Italian Episcopal Conference. The Pope did not even mention it in the Angelus. What happened was that the Pope was told that a former Italian minister responsible for some decisions on migration policies was also taking part in the conference. It was not enough that it was explained to him that his presence did not concern the bishops’ meeting: the Pope trusted his friends, who provided him with an ideological reading from which he did not take a step back.

However, there will be a lot of work to be done. Beyond the desire of Pope Francis to break careerism, some decisions must be carefully considered. For example, the Praedicate Evangelium Constitution still needs some tweaking. Indeed, there is no trace of the Pontifical Committee for Historical Sciences.

Nothing serious, some say. But it is important if such a structure employs people who still do not know whether to return to their office or not.

But that doesn’t matter to Pope Francis. The model of the “reform on the go” is a model that does not envisage planning, but going forward by trial and error.

And perhaps this idea of the reform on the way can also be applied to the Pontificate. Because even the Pontificate has been on the go, moving forward by trial and error, but without any actual, apparent planning.

The uncertainty about the appointments is, after all, legal uncertainty. But, from the beginning of his Pontificate, Pope Francis made it known privately that canon law could be changed in the event of a conflict. So there is no study but an initial intuition that everyone must conform to.

Thus we find ourselves with a vacant Curia. It is said that Archbishop Scicluna has learned that he will not be the Prefect of the Doctrine of the Faith, but once Cardinal Ladaria leaves (he is already 77 years old), someone will have to be appointed in his place.

The others continue their work as if nothing had happened. But they could be called to new positions tomorrow. Decisional activism characterizes the Pope. Activism that, it is speculated, derives from his illness, but above all, from the awareness that perhaps he will not be able to complete all the projects.

For now, therefore, there is a way forward. It remains to be seen how far it will go.

2 Responses to Has Pope Francis completed his reforms?