Pope Francis, how important is the narrative? 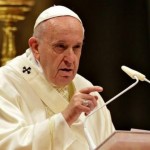 Two events of the week do not seem connected, and yet they are. The events are the publication of the MONEYVAL report, which certifies all the structural problems of the Vatican judicial system, and the resignation as Archbishop of Munich – Freising offered by Cardinal Reinhard Marx and rejected by Pope Francis.

They are two related events because they demonstrate how much the narrative counts in this pontificate and how crucial the weight of public opinion is.

Concerning Vatican finances, the media activism of the presidency of the Supervisory and Financial Information Authority is interesting. Every little step is shared, enhancing the work done, pointing out only the positive things. This was also the case with the progress report of the MONEYVAL Council of Europe Committee.

The report’s publication was accompanied by an institutional interview with the president of the authority Carmelo Barbagallo and a series of summaries provided by the Press Office of the Holy See that seemed to want to address the narrative. It often happens now: there are no press conferences with open questions and precise explanations for essential things. Communication is mediated. Every possible criticism is prevented and silenced by an official version of the facts.

Yet, it was enough to go beyond the summaries provided by the report to note that, although the judgment was generally considered positive, in reality, there were more shadows than lights in MONEYVAL’s report. The report certified the potential conflict of interest of Vatican judges and promoters of justice, almost all with positions in Italy or other jurisdictions.

The Report also criticizes the raids on the Secretariat of State and the Financial Intelligence Authority; highlights doubts about the investigative capacity itself, as was also done in a ruling by a London judge; and points out the flaws in a system that has only carried out two trials, both for self-money-laundering, but which has not developed a method to follow up on suspicious transactions.

There are also lights in the relationship. But these all concern the work done by the previous management and not by the new presidency. The reports submitted are considered to be reliable and well done; and established anti-money laundering awareness is praised.

However, the narrative that has been created aims to enhance the present without considering the past, although the technical data says just the opposite. The narrative provides that everything that is done must be publicized, underlining the new air breathed in the Vatican. This narrative is a clean break from the past, and it certainly doesn’t do anyone any good.

The same kind of narrative is what Cardinal Reinhard Marx seems to want to establish. The Archbishop of Munich – Freising wished to offer his resignation to the Pope. In a private letter, but then made public, the Cardinal spoke of a Church that is at a standstill, of a necessary assumption of responsibility, of the unbearable weight he feels.

Pope Francis responded with another letter, in which he rejects the resignation, and at the same time, he also underlines the scourge of abuse, also complaining about alleged cover-ups.

Two positions – those of Cardinal Marx and Pope Francis – that cut the link with the past and place themselves at the ground zero of the reforms on abuses. Neither looks at what has been done but respond to the logic of what public opinion wants to hear.

But then there are the details. Cardinal Marx is the one who supported, at the summit on abuses, the line of zero tolerance, even going so far as to propose the abolition of the papal secret.

But the pontifical secret does not concern pedophilia crimes, and the pedophilia of the clergy cannot be the main reason for an offer of resignation. There is an investigation into the abuse in Munich of Bavaria, and its outcome should come out next autumn, and this is what would have prompted Cardinal Marx to come out. At the same time, Cardinal Marx has created a lot of attention around him. In any conclave, in which there will be few known cardinals, this will undoubtedly be decisive.

The problem, however, remains a different one: if you ride the wave of public opinion, if you try to build a narrative, any action remains subordinate to that narrative. After Cardinal Marx made such a commitment to show a zero-tolerance line, he needed a striking gesture to carry that line of tolerance forward.

Similarly, after trying to erase the signs of past management, the new leadership of Vatican finance must be super-active in the media to build that public opinion that is in the year zero and avoids any kind of criticism of its work.

The possible good faith of the actors involved should not be questioned. However, the suspicion remains that excessive publicity is not good and somehow harms the work of the Church, which needs to act in silence and truth, and not in the spotlight, to be truly effective.

It is a problem that also concerns the Pope: we do not fail to highlight its discontinuity, but we tend to erase all critical voices, to define criticisms as ideologies, and therefore not even to consider the possibility that not everything is new. Yet, on closer inspection, the things that have worked best in the Vatican are those that Pope Francis inherited, not the ones others will inherit from him.

Consensus building, in the end, always carries with it the risk that there will be someone who will have the courage to say that the king is naked.

One Response to Pope Francis, how important is the narrative?