Pope Francis, towards the decline of the pontificate? 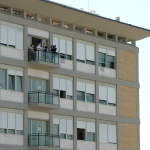 As usual, Pope Francis took July as a holiday month. The Pope is not going anywhere. He remains in Santa Marta to read, study and perhaps plan something, such as the reform of the Curia, which is now set to be finalized in October. This July, the Pope also had a scheduled colon operation. The official diagnosis is that of diverticulitis. The Pope had the operation on July 4 and has remained in the hospital to be monitored and recover his strength.

After all, recovery is not easy: the Pope will turn 85 in December, a piece of his lung was removed when he was young, and anesthesia for an operation that – according to the bulletin of the Holy See Press Office – lasted three hours can have a substantial impact on the body. Also, the Press Office of the Holy See has made it known that with the operation, a piece of intestine was removed, which is a further trauma to recover from.

The news of this operation adds to other information from last January when Pope Francis did not preside over Mass for the Sunday of the Word of God, nor the Vespers at the end of the Week of Prayer for Christian Unity, due to sciatica. Again for the same reason, the traditional New Year address to the members of the Diplomatic Corps was postponed.

After the events of last January, Pope Francis responded with new activism, intensely pursuing a dangerous and challenging trip to Iraq, where he showed himself in all his vigor. And perhaps it is no coincidence that the hospitalization – which the Pope did not announce at the Angelus – came after Francis confirmed his trip to Hungary and Slovakia in early September.

However, it should be noted that Pope Francis has had two difficult episodes from a health point of view over the past year. It is obvious that, with age, the stamina decreases. But it is also normal that the signs of the decline of the pontificate gives rise to various questions.

The first is the simplest one: who is in charge in the Vatican when the Pope is sick and unable to carry out his government duties? Indeed, the Pope would not have had public activities in July anyway, but it is also true that the government of the Church continues, vacations or not.

Pope Francis has centered all decision making on himself. Everything passes through him, and everything must be reported to him, especially when it comes to crucial decisions. Pope Francis has his way of keeping everything under control. Since the beginning of his pontificate, he has personally wanted to meet the nuncios, has had several private conversations even with minor bishops, and has had countless private meetings in the Domus Sanctae Marthae.

The Pope trusts the judgment of particular people and relies heavily on their briefings. But then he always makes the decisions himself. He did so, for example, when he authorized searches in the Secretariat of State and the Vatican Financial Intelligence Authority in October 2019, putting in place a summary process, which is a type of process that is only done when the monarch takes decisions.

We must not deceive ourselves with a narrative that pretends the Pope is not aware of what is happening around him. On the contrary, Pope Francis is informed and approves all critical initiatives. The presumed unawareness is also part of the strategy: mistakes are not attributed to the Pope. They could be his mistakes, however, because Pope Francis is always attentive and involved.

All this is to say that Pope Francis’ hospitalization cannot be considered a secondary issue. There is a Vatican machine that continues to work but which cannot make important decisions. John Paul II had put together a team, to which he delegated all decisions with total confidence, which was crucial in the (long) period of his illness and then during his final agony. But Pope Francis doesn’t have a team, and he has not even trusted people in the Curia. The policy of changing all the ecclesiastics of the Curia after a maximum of two five-year terms has also effectively isolated the Pope. There are no gate-keepers between the Pope and his interlocutors nor powerful secretaries who manage and know his schedule. No one can help the Pope in his work. Pope Francis alone is Pope, and one Pope alone in command.

It is, therefore, logical to ask questions. Pope Francis’ hospitalization stay should not last more than ten days, in a period when traditionally there are no activities. But what could happen if this hospitalization was prolonged or if the Pope needed other periods of hospitalization? Who would command in the Vatican?

This gives rise to other questions. Without the impulse of Pope Francis, would anyone have the courage to take a personal initiative, with the risk that the Pope, once back, will reject it?

For now, everything is focused on the Pope’s health. His precarious health is something to be reckoned with in the future. Not that we should already be thinking about a new pontificate – even if some do, as has always happened – but we will have to understand how Pope Francis will change his way of governing. Fewer meetings, more proxies should be the course, but not for Pope Francis, who would never want to be weak. He has shown, up to now, remarkable self-control. Around him, he has had a communication machine that has always kept the utmost confidentiality about his health conditions.

4 Responses to Pope Francis, towards the decline of the pontificate?