Vatican finances, the IOR will publish its balance sheet Quantifying the Holy See’s Commitment To The Common Good, At The 23rd Session of The Human Rights Council

Vatican finances under the microscope 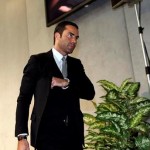 A screening of the IOR accounts is “ongoing”, according to René Bruelhart, director of the Vatican Authority for Financial Information (AIF). Bruelhart also underlines that a reform of the oversight on Vatican finances is in process as well. One of the pillars of this reform will be preventive supervision – as requested by the MONEYVAL report. In the meantime, data published in the first annual report of the AIF shows a Vatican oversight system that is starting to be effective. Reports on suspicious transactions have increased. Declarations of cross-border transportation of cash or bearer securities have decreased. At the same time, the Vatican has improved internal coordination and enhanced its international cooperation.

For the first time, the Vatican Authority for financial oversight and information has published its annual report. The data covers the period that goes from the second half of 2011 to the end 2012, i.e. the first year and a half of activity of the authority. During this time, «many steps forward have been taken – Bruelhart said in a press conference – which does not mean that our financial system is perfect: there is still much to be done.»

Certainly, the annual report proves that many things have changed within the Vatican walls. Compiling the data, one can have an idea of how much money comes in and out of Vatican City State.  Obviously, it is data that only covers declared transactions. At any rate, it is a modest amount of money. Bruelhart explained that Vatican movements of funds are «usually donations for charities.»

Let’s glance the data: There was just one report of suspicious transactions in 2011, and six reports in 2012. There was one case in 2011 calling for an internal request for assistance (i.e. assistance among the authorities that are co-responsible for oversight, from the Secretariat of State to the Vatican Gendarmes Corps) are two such cases in 2012. There were two reports submitted to the  Promoter of Justice (i.e. the Vatican public prosecutor). The Vatican requested information from foreign authorities once in 2011 and once 2012. The Vatican has been asked for information by foreign authorities seven times in 2011 and three times in 2012.

Regarding this data, Bruelhart wanted to point out that «we are talking about information dealing with intelligence, they are not juridical-legal requests.» Which means that those requests for information are different from the kind of solicitations for information that a public prosecutor may issue as part of an investigation. The latter would fall out of the scope of the AIF.

The report also includes data concerning declarations of cross-border transportation of cash or bearer securities. Anyone entering – or exiting – the Vatican with 10,000 euros or more in cash or checks to be deposit (or to be withdrawn) has to declare it on a form. In 2011, there were 658 forms declaring incoming money, and 598 in 2012. Forms declaring outward transportation of money were 1894 in 2011 and 1782 in 2012. The report underlines that the «data relating to declarations shows a tendency to an intensification in 2011, leveling in 2012.»

What accounts for the leveling? And why is there more outgoing than incoming funds? The answer to the first question – Vatican sources explain – is that «finally the system is starting to work,» since «people are starting to show a preference for electronic and traceable financial transactions than cash.» Regarding the second question, it is «easy to understand» that «in times of economic crisis, money is more often withdrawn than deposited.»

The magnitude of Vatican City State financial activity is in any case modest. The report also explains why transactions do not involve large sums of money. «In the (Vatican City) State – the report notes – there is not a free market currently at work. There are no private financial institutions and operators. There are organizations which, within their institutional activities, carry out some financial activities that are relevant to the concerns addressed in anti-money laundering norms, and as such, to applicable legislation and the supervision of the AIF.»

All financial operations are ultimately linked to institutional activities, i.e. the way the Holy See uses its money to fulfill its mission. René Bruelhart explains in the introduction to the report that in recent years the Holy See and Vatican City State «have strengthened their efforts for the prevention and countering of money laundering and the financing of terrorism.» Bruelhart continues: «This has primarily resulted from an act of coherence with a mission at the moral level, so that the integrity and stability of the economy and finance are not just goals in themselves, but means to serve the human person and peoples.»

The challenge for the Holy See now is to build a financial oversight system that meets international standards and at the same time preserves the specificity and internal coherence of the financial-economic framework of Vatican City State. This has lead to the Holy See decision to have the Secretariat of State put together a list of designated subjects, that the report defines as subjects who could be the target of «the immediate freezing of assets and economic resources.» The Holy See does not automatically adopt the United Nations list of designated subjects – an aspect of the Holy See procedures contemplated in the revised Vatican anti-money laundering law. This is the case because the UN list is adopted pursuant to chapter seven of the UN Charter, which is applicable to threats to peace and acts of aggression. Since the Holy See is traditionally neutral and a strong advocate of peace, the Secretariat of State issues the Vatican’s own lists, even if they are based on the relevant resolutions of the UN Security Council.

The Secretariat of State adopted a list of designated subjects on April 3, 2012. That very same day, the AIF, through Ordinance n. 1, ordered the immediate freezing of assets and economic resources that may be traced to the subjects in the list.

The Vatican Authority for Financial Information also enhanced its international cooperation. The report underlines that in 2012 the Authority signed two Memorandums of Understanding: with the Belgian Cellule de Traitement d’Information Financiéres (on June 9, 2012); with the Spanish Servicio Ejecutivo de la Comisión de Prevención del Blanqueo de Capitales e Infracciones Monetarias (on December 17, 2012). In 2013 (this is not part of the report, which covers only to 2012) the AIF signed a Memorandum of Understanding with the Slovenian Office for the Prevention of Money Laundering.  On May 7, 2013 the Vatican signed an MoU with its U.S. counterpart, the  FinCEN.

Beyond gathering financial information, the AIF also «supervised, including through on-site inspections, the implementation by the supervised subjects of the requirements established by the anti-money laundering norms; and the appropriateness and effectiveness of policies, organizational structures, measures and procedures adopted for the prevention and countering of money laundering and the financing of terrorism.» For this purpose, AIF issued six regulations and five instructions.

One Response to Vatican finances under the microscope