Mueller leaks. Even the new Guardian of the Faith attacked in leaks… Unsuccessfully. Arms Trade Treaty negotiations failed. And the integral disarmament seems to be so far away

Vatican Financial Transparency. The path to the milestone Moneyval report 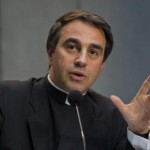 In order to understand the path the Holy See began and is staying on to achieve full -international financial transparency, one should look beyond the seven negative ratings (out of 16 core and key recommendations to combat money laundering) and beyond the 23 negative ratings on the general recommendations (out of 45, rather than 40+9, as 4 of the general recommendations do not apply to the Holy See) that the recently-released MONEYVAL report addresses.  In order to understand the Holy See’s path to financial transparency, we need to take look at the MONEYVAL report comprehensively.  The report praises the steps forward the Holy See took; sheds light on a financial system that needs to know better who its customers are; and calls for a changes in the functions of the Authority for Financial Information- which oversees the Vatican’s finances and at the same time conducts intelligence gathering and sharing.  Furthermore, the report underlines how the Holy See is already compliant with international standards in some crucial areas.

The most relevant, positive ratings are two: the one concerning the IOR (the Vatican’s Religious Works Institute), which security standards surpass those required by Vatican law (paragraph 39 of the Executive Summary of the Report); and the one on the Vatican legislation on secrecy, that is considered largely compliant with international standards (paragraph 50).  It is also important to note the positive rating regarding the level of international cooperation. Unmistakably, the report dismisses a vision of the IOR as a place of opacity and illicit dealings, and of an uncooperative Vatican closed to scrutiny and full of financial mysteries.

The Holy See’s path to financial transparency dates back to 2009, when it signed the Monetary Agreement with Europe.  The agreement requested the Holy See to develop anti-money laundering legislation within one year. The year after, a Benedict XVI’s motu proprio promulgates anti-money laundering Vatican law n. 127 , and establishes the Authority for Financial Information (AIF). Cardinal Attilio Nicora is appointed president of the AIF, while Marcello Condemi – the “architect” of law 127 – and Francesco De Pasquale are respectively appointed member and general director of the AIF. Both Condemi and De Pasquale come from the Bank of Italy, where they were mid-ranking  bank officials.

Condemi drafted a law based on Italian legislation to combat money laundering.  In February, the Holy See asked MONEYVAL to submit to a peer evaluation process.  The process allows States to ensure financial transfers within and among them are legitimate.  MONEYVAL starts the procedure in April and – in November 2011 – the evaluators come for an on-site visit to the Vatican.  They seek to understand how the law worked, and above all to have it adhere to international standards. The evaluators found several vulnerabilities – in many cases these weaknesses are the same than Italy’s, described in that country’s GAFI peer evaluation in 2005 – and asked the Holy See to meet international standards. The Holy See complied:  Law 127 is revised and substantially amended.  In January, through decree 159, the changes go into effect.  In April, the revised provisions are more permanently enacted in a new law.The old world is turned upside down at the Vatican.  The MONEYVAL evaluation promotes positive change, and the evaluators themselves commend the new law, which separates roles and responsibilities, incorporates international recommendations and engages the Secretariat of State. The dynamics between the then president of the IOR, Ettore Gotti Tedeschi, the AIF members and the Vatican Secretariat of State change. It is an internal cold and hot war, that explodes in the media with the publication of several leaks.  In the meantime, the MONEYVAL evaluators return to the Vatican for a follow up visit, and overall  give the new law a thumbs up.

The MONEYVAL report is released on July, 18, and presented to the press by msgr. Ettore Ballestrero under-secretary for the relations with the States of the Vatican Secretariat of State.  The report is substantially positive.  It takes into consideration HOLY SEE peculiarities – like being an economic monopolistic State where the market does not exist.  The most serious flaw the report identifies has to do with the AIF: it underlines that the double role of Cardinal Nicora as President of the Authority and member of the Cardinal Commission –  n. 797 of the report – of the IOR constitutes a “serious conflict of interests”, and recommends to separate the Authority’s function of intelligence gathering from the everyday supervision of Vatican finances. The next step will probably be further reforms of the Authority for Financial Information.