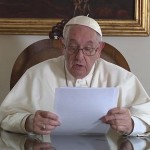 The news that the bishops of Flanders, Belgium, have opened the door to the blessings of homosexual couples has created no small amount of turbulence. Nevertheless, the bishops have shown that it is possible to work on norms, on small openings, to make some larger ones later that can also touch the very doctrine of the Church. Some may call it a strategy. For others, it is simply the concretization of a pastoral commitment. In any case, it is a theme that Pope Francis must keep in mind.

So far, Pope Francis has left open any synodal path and left the local Churches more or less independent. More or less because, when the Pope is interested, he intervenes in the life of the dioceses without showing too many scruples.

The fact that, in any case, a discussion on the issue has opened up to the point of making a concrete decision is symptomatic of the pontificate. Pope Francis encourages personal discernment, asks not to rely on casuistry, and does not take clear positions on major issues. When he takes them, as was the case with the note from the Congregation for the Doctrine of the Faith on the prohibition of blessing homosexual couples, Pope Francis then tends to mitigate them, seeking a synthesis.

To be clear, pushes of this kind don’t just happen with Pope Francis. From the Second Vatican Council onwards, they have always taken place.

The examples are well known:

Let us be clear. The Second Vatican Council is said to have created these divisions. It wasn’t the Council. Instead, it was the awareness that the media could play a role in public opinion, which arose with the Council more than anything else for a temporal circumstance, which developed after the Council because, by then, the media had become pervasive.

In practice, with the Second Vatican Council, everyone becomes aware that pressure can be applied through the media. The press, at the same time, begins to perceive itself as a form of power. If the media are a “fourth power,” as it has been said since the 1930s, they can also be a fifth column in the Church.

Having made these clarifications, the initiative of the Belgian bishops of the Flanders area seems to have been drafted as an attempt at reconciling the note of the Congregation for the Doctrine of the Faith and the subsequent detachment of Pope Francis from the note - alleged detachment, because Pope Francis made only indirect references to the document, but he never disavowed it.

The bishops of Flanders, therefore, produced the document “Pastoral proximity to homosexuals. For a hospitable Church that excludes no one“. In this document, the bishops of Flanders establish a pastoral service for homosexuals within the inter-diocesan family pastoral service and define the outline of a moment of prayer to support the commitment of love and fidelity of a homosexual couple.

Pastoral service involves a full-time person and is intended to be the beginning of a network that should have a representative in each diocese. Prayer is part of the religious commitment for couples or even single homosexuals. It is part of a journey that can also be done with families. And the moment of prayer is conspicuously careful to maintain the difference not only from the rite but also from the individual words concerning the sacrament of marriage.

In short, the part of the prayer was handled with a certain cunning to formally remain in the areas of the famous responsum of the Congregation for the Doctrine of the Faith, which said that no, homosexual couples could not be blessed.

At the same time, however, the document of the Bishops of Flanders has something explosive precisely because it establishes a pastoral service only for homosexuals, also setting a precedent for all the dioceses of Belgium. And this is perhaps the most significant point of contrast.

In 1986, the Congregation for the Doctrine of the Faith published a document for the pastoral care of homosexual persons. The document condemned all acts of violence against homosexuals. Still, it stressed the importance of taking care of them without detaching oneself from the teaching of the Church because the truth is at the center of every pastoral program.

And the same document underlined: “An authentic pastoral program will assist homosexual persons at all levels of the spiritual life: through the sacraments, and in particular through the frequent and sincere use of the sacrament of Reconciliation, through prayer, witness, counsel and individual care. In such a way, the entire Christian community can recognize its call to assist its brothers and sisters without deluding or isolating them.”

No exclusion, therefore. Furthermore, the position of the Holy See has always been that of not defining people according to their sexuality. A person is a person, regardless of sexual orientation. Indeed, it was striking that in a 2018 Synod document on youth, the term LGBT was explicitly used, which the Church has always considered discriminatory.

Now, assigning a person full-time to the pastoral care of homosexual persons or couples not only accepts this discrimination for which some may be more equal than others but also implicitly risks accepting the idea of a homosexual family.

On the one hand, it can be said that this approach is genuinely pastoral and appropriate to the times. On the other hand, however, it must be realized that there is a deviation from the doctrine and practice of the Church that risks becoming a significant gap.

Ultimately, the technique is to make small, formally accepted changes that lead to substantial changes. A slippery slope towards doctrinal change, with a slow start. It stems from a robust intellectual stance, with great reach in public opinion. So there is a reaction. And then you continue based on that reaction.

The problem with this pontificate is that the same technique finds fertile ground in the decisions of the Pope. For example, the same bishop Bruno Forte, speaking of the 2015 Synod, which he had served as special secretary, said that the Pope pushed to introduce new themes with a language that hid his real intentions.

What is missing, in the end, is the reaction to strong intellectual positions. Up to the time of this writing, there have been no Vatican reactions to the decision of the bishops of Flanders, which would have served to clarify things.

On the German Synod, the Pope wrote a letter at the beginning, the one to which he constantly refers, but avoided entering into the synodal debate.

On the question of homosexual couples, the Pope let the responsum be published, but then he took different positions in many statements. Incidentally, it should be remembered that Pope Francis nevertheless confirmed, in 2016, the decision not to admit homosexual candidates or candidates with gay tendencies to the priesthood.

And again, on communion for the divorced and remarried, the Pope left a note asking for discernment without defining anything. Pope Francis argues that casuistry should be avoided. Here, however, the doctrinal line is also missing because there are no precise definitions of the issues.

More than a pastoral decision, it seems to be a very accentuated pastoralism that allows for the creation of divisions. We understand more and more the dubia of the four cardinals on Amoris Laetitia, which have now passed into oblivion. That dubia highlighted a problem that went beyond Amoris Laetitia and its interpretation. It was the problem that the unity of the Church was failing.

In the end, there is nothing new under the sun. Yet, there is a feeling that a rift is about to emerge within the Catholic Church. It could be a severe problem.