Courageous bishops needed. To proclaim the Word of God What’s the future like, at the Vatican media?

Religious communities: not lawless areas, but spaces of freedom. The Church’s autonomy in four paragraphs. 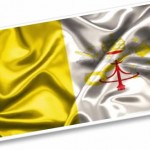 In four points, the Holy See has presented «the Catholic Church’s freedom and institutional autonomy» to the European Court of Human Rights. Four paragraphs to underline that «the Church is in no way to be confused with the political community and is not bound to any political system»; that «the distinction between the Church and the political community is ensured by respecting their reciprocal autonomy, which conditions their mutual freedom»; and that the limits of this freedom «are, for the State, to refrain from adopting measures which could do harm to the eternal salvation of the faithful, and, for the Church, to respect the public order of the State.» The Holy See’s note underlines that «the Church’s freedom should be recognized by the civil power.» At stake are two cases concerning the Church’s autonomy, under review by the European Court of Human Rights. In presenting the four-paragraph note in an interview to Vatican Radio, Archbishop Dominique Mamberti, the Vatican Secretary for Relations with States, noted: «There is a real risk that moral relativism, which imposes itself as a new social norm, will come to undermine the foundations of individual freedom of conscience and religion.»

This is a risk Benedict XVI is very concerned about. Significant excerpts of the Pope’s new year’s speech to ambassadors accredited to the Holy See are dedicated to freedom of conscience. The Pope has commented on the topic several times during his Pontificate.

The two cases that brought about the Holy See’s note are Sindicatul ‘Pastoral cel bun’ versus Romania and Fernandez Martinez versus Spain. Both of them provide food for thought.

The first case is about a labor union formed in 2008 by the clergy in an Orthodox Church diocese to defend their «professional, economic, social and cultural interests» in their dealings with the church. When the Romanian government registered the new union, the church sued, pointing out that her canons do not allow for unions and arguing that registration violated the principle of church autonomy. A Romanian court agreed with the church, and the union challenged the court’s judgment in the European Court for Human Rights. The union argued that the decision not to register it violated Article 11 of the European Convention, which grants a right to freedom of association. In 2012, the chamber reasoned that, under Article 11, a state may limit freedom of association only if it shows «a pressing social need,» defined in terms of a «threat to a democratic society,» and this did not happen in Romania. So the chamber faulted the Romanian court, and Romania appealed to the Grand Chambre – the last judicial appeal venue in European legislation.

The second case regards Fernandez Martinez, a Spanish instructor of religion. In Spain, public schools offer classes in Catholicism, taught by instructors approved by the local bishop. Fernandez Martinez did not get his bishop’s approval. A laicized priest, Fernandez Martinez took a public stand against mandatory priestly celibacy. When the school dismissed the instructor, he brought suit under the European Convention: his dismissal – he argued – violated his right to privacy, family life, and expression. A section of the European Court ruled against him, because in withdrawing approval – the section stated – the bishop had acted «in accordance with the principle of religious autonomy»; the instructor had been dismissed for purely religious reasons, and it would be inappropriate for a secular court to intrude. Fernandez Martinez’s case will now be reviewed by the Grand Chambre, and it will be interesting to see whether the Grand Chamber undoes this judgment.

These two cases – Mamberti noted – «call into question the Church’s freedom to function according to her own rules and not to be subject to civil rules other than those necessary to ensure that the common good and just public order are respected.” One should say that this is a vexata quaestio (an already widely discussed issue), which does not deal only with Europe. In January 2012 – «a big year for the Church’s autonomy», the Center for Law and Religious Forum of Saint John University said – the U.S. Supreme Court handed down a pro-autonomy decision, Hosanna-Tabor Evangelical Lutheran Church and School vs. EEOC  (Equal Employment Opportunity Commission), unanimously endorsing a constitutional «ministerial exception» to the federal employment anti-discrimination laws. In the end, the Supreme Court held that employment discrimination laws do not apply to churches’ decisions to hire and fire «ministers.»

The U.S. case shows that the Holy See’s note was necessary, since the principle of Church autonomy can be interpreted in different ways in different judicial systems. «The Church’s freedom – Mamberti explained – will be better respected if it is, first of all, well understood, without prejudices, by the civil authorities.» The second paragraph of the Holy See’s note clearly states that «the Church’s freedom should be recognized by the civil power with regard to all that concerns her mission, whether it is a matter of the institutional organization of the Church (choice and formation of her co-workers and of the clergy, choice of bishops, internal communication between the Holy See, the bishops and faithful, the founding and governing of institutes of religious life, the publication and distribution of written texts, the possession and administration of temporal goods …), or the fulfillment of her mission towards the faithful (especially by the exercise of her Magisterium, the celebration of public worship, the administration of the sacraments and pastoral care).»

In the mean time, on January 15th the European Court of Human Rights published its judgments on four cases, concerning individuals who filed complaints of having been discriminated against because they are Christians. In one of these judgments, the European Court of Human Rights held that Christians have the right to express publicly their own faith, and so they can wear/show religious symbols. Thus, the Court sided with Nadia Eweida, a British Airways employee fired because she refused to remove her fob-chain with a crucifix, which the BA dress code did not contemplate.

In the other three cases, the Court sided against considering them discrimination. The most controversial case was that of Lilian Ladele’s. Ladele worked at the Islington Borough Council in London: she was an employee at the marriages registry. When, in 2004, civil unions were approved in the United Kingdom, Ladele claimed «conscientious objection» to recuse herself from taking part – as an employee and witness – in gay marriages. But in 2007, she was forced to take part in the ceremonies, and this is why she sued her employer. She lost. But the court did not rule unanimously. Two of the seven judges of the European Court for Human Rights – considering that Ladele’s conscientious objection did not prevent homosexual unions to take place, since other witnesses could be found – noted in dissenting from the majority of the court that tolerance and rights of Christians «have been sacrificed on the altar of the obsession with political correctness.»

Shirley Chaplin’s case was decided as well. Chaplin was a geriatric nurse of the Royal Devon and Exeter Foundation NHS (National Health Service) Trust. Chaplin had been wearing the cross on her scrub for 30 years, until she was asked to remove it or hide it under her jacket. Chaplin refused. She was asked to remove her cross as a safety precaution for the sake of the patients. She proposed a practical solution, which was not accepted. Chaplin was then moved to a desk job, away from patients, and this is why she sued the hospital.

Finally, Gary McFarlane, counselor for sexual diseases and pathologies at Relate (a sex therapy center) in Avon, U.K., was fired in 2008 because he had announced to his bosses that he would prefer not to «counsel» an homosexual couple, because this would be against his «Christian principles.»

These four cases – Mamberti said – «show that questions relating to freedom of conscience and religion are complex, in particular in a European society marked by the increase of religious diversity and the corresponding hardening of secularism.»

It is also because of this hardening that the Holy See’s note to the Council of Europe explains – in paragraph 3 – that «the Church is not unaware that certain religions and ideologies can oppress the freedom of their adherents; however, for her part, the Church recognizes the fundamental value of human freedom.» This freedom «has a relation on dependence of the truth», and this is why a member of the lay faithful or a religious cannot, with regard to the Church, invoke freedom to contest the faith (for example, by adopting public positions against the Magisterium) or to damage the Church (for example, by creating a civil trade union of priests against the will of the Church). If there are internal controversies– since «every person is free to contest the Magisterium» or the prescriptions and norms of the Church to the point of breaking off his relations with the Church – «it is not the State’s role to enter into this area to settle disputes.»