Pope Francis, the challenge of next fall 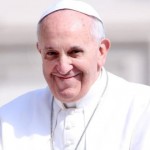 In a letter sent from prison, waiting for the appeal sentence to be handed down on August 21, Cardinal George Pell stressed his preoccupation about the upcoming Special Synod on the Panamazonian Region. The letter revamped the discussion on the Synod, which will likely be one of the main crossroads in Pope Francis’ pontificate.

Pope Francis underscored that the issue of “married priests” (i.e., viri probati) is not the center of the synod, while evangelization is. However, the debate around the synod indicates that the admission to the priesthood for married people (under exceptional conditions) will monopolize it.

As always, the debate is polarized. On one side, those concerned that the fundamental principles of Catholic doctrine will be jeopardized. On the other hand, support for theological change, in the name of a so-called evolution of doctrine.

The theological position is focused on the notions of truth, tradition, and the deposit of faith. They do not discard the evolution of doctrine, but they note that it must never break with the tradition of the Church.

Supporting those who showed their “traditional” positions, there are many worried about the upcoming synod. One of their main concerns is that the Synod on the Panamazonian Region will mimic the debate of the 2014 and 2015 synods on the family and of the 2018 synod on young people. It is noteworthy that the last synod introduced the term LGBT in the working document – the first time that the term had entered an official Vatican document.

Looking at the “political front,” we can see that the theology of reference is Germany’s. Most of the prelates active on the issue are German or of German origins. Cardinal Claudio Hummes, the general relator of the Synod, comes from a family of German descent. Bishop Erwin Krautler is a Brazilian-naturalized Austrian. Bishop Franz-Jozef Overbeck of Essen is German and is also the president of the German Bishops’ Conference, which delivers financial aid to Latin America.

Bishop Overbeck said there would be a “paradigm shift” with the Synod, while bishop Franz-Jozef Bode of Osnabrueck already announced he would ordain married priests if the Synod introduces the possibility.

German Theology is very pragmatic, has no fear to think politically, and appears to look at the Church more as a social actor than as a force to proclaim the Gospel. Benedict XVI warned about this in his last trip to Germany in 2011.

This kind of theology also uses a “social sciences” terminology. For example, priests are often described as “pastoral agents”. In the end, a political perspective goes beyond pragmatism. It has a direct impact on theology and on the way elements are described. It is analogous to the change of terminology that took place in United Nations documents.

Archbishop Silvano Maria Tomasi, who for more than ten years served as the permanent observer of the Holy See to the United Nations in Geneva, often shed light on the issue. He identified the beginning of the shift in terminology in the 1968 “cultural revolution,” and noted that this new terminology spread after the fall of the Berlin Wall.

In the UN documents, as in many speeches by Churchmen, the terms gender, homophobia, sexual orientation, inclusive approach, agents of social transformation, and sustainable development are used all the time. On the other hand, words belonging to Jewish-Christian traditions tend to disappear from the public discourse: there are always fewer occurrences of terms like truth, moral conscience, reason, will, complementarity, sin, dogma, nature, or marriage.

The discussion around the synod is not, then, only about the married priests’ issue, and is far from being merely about ecological issues. The debate will impact the way the Church describes herself and perceives her mission.

This pragmatic, quasi-political, mentality permeates the synod’s working document and often asks the bishops to voice their concern on political issues. Is the working document representative of a “pastoral” synod, in the words of Pope Francis?

The answer must be left unanswered since Pope Francis’ approach is also very pragmatic. To be clear, Pope Francis is not aiming at changing the doctrine. When Pope Francis speaks about abortion, he has strong words of condemnation. Pope Francis did not even ever accepted the gender theory, that he labeled as demonic.

When it comes to practical issues, Pope Francis stops acting as a Pope and becomes a good confessor who discerns case by case. All confessor practice discernment on issues. However, no judgment aims at changing the doctrine of the Church.

Not even the Pope does. However, his pragmatic approach to issues leaves a chink that the quasi-political propaganda aiming at the change of the doctrine of the Church can exploit.

The polarization of the discussion fuels the political approach, since the polarization generates division rather than communion: politicians are better versed than theologians in divisions. One of the results of this polarization is the always increasing mentioning of an anti-Francis lobby. Proof of the existence of the lobby is generally vague, and is not revealing of a real lobby. The mere fact that the presence of this lobby is continuously mentioned, however, leaves the impression that this lobby exists, is active, and that it is more influential and persuasive than realized.

Pope Francis’ big challenge for next fall is, then, that of taking the Church out of this narrative, this “divide and conquer” that generates division. The discussions of a synod never arose so much interest. They have become a source of interest only now, under Pope Francis. While net stances on doctrine are missing, the synod is seen as a soft institution, the ideal place from which a revolution can be started.

Pope Francis is called to become a mediator between these two positions. It is an arduous task.