Pope Francis, why Cardinal Pell’s case matters for all the Church 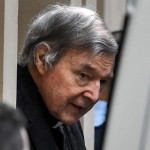 The Australian bishops’ reaction to the news that the appeal court upheld the guilty verdict against Cardinal George Pell for “historical cases” of sexual abuse were timid. All of the statements referred to the pain of the victims and to the commitment the Australian Church applied and will apply to assisting victims. Archbishop Anthony Fischer of Sydney was more courageous and underlined that the verdict was reached with a split – 2 judges against 1.

There were other declarations following the official statement. Archbishop Peter Comensoli of Melbourne  also questioned whether the victim was mistaken, and backed Cardinal Pell’s innocence.

The way the Church reacts to such an issue is not unimportant. After the scandal of sex abuse by clergy, the Church had to and wanted to redesign its procedures and do a cleanup. As Pope Francis has often recognized, the extraordinary work of Joseph Ratzinger, first as a cardinal and later as Benedict XVI, set up the legal framework that was the starting point of the anti-abuse summit Pope Francis summoned last February. The Catholic Church was not at “ground zero” in countering abuse. Rather, the Church was the only institution that had faced the issue.

Obviously, despite all the efforts, new cases always come to light, and only one instance is one too many. The story of former cardinal Theodore McCarrick, whose actions were covered-up and for whom there were no official punishments for years, reveals that the sex abuse issue is a difficult to eradicate cancer within the Church.

On the other hand, one must consider that allegations of abuse against members of the Catholic Church can be part of a “character assassination” to undermine the Church’s credibility. It happened that dioceses decided to pay compensations when a priest was accused of abuse instead of facing a public trial, to avoid scandal. It happened that priests accused of abuse, and for this reason suspended from their priestly functions, were then found not guilty, but could not get back to their dioceses.

Every case, every claim, must be carefully pondered. It is crucial to listen to the victims. On the other hand, the Church as an institution must be defended, since it is the object of many attacks.

To cut a long story short, Cardinal Pell’s case is not just about Cardinal Pell or the Australian Church. It is about all the Church.

This is the reason why the guilty verdict for Cardinal Pell casts some doubt about its consistency. One of the appeal judges voted against the upholding of the judgment, showing that the appeals’ jury was split.

At the beginning of March, not consistent with the public prosecutor requests, Cardinal Barbarin was sentenced on the first degree to 1 year and six months of imprisonment because he did not report the sexual abuse committed by Fr. Bernard Preynat. Cardinal Barbarin immediately resigned, but Pope Francis rejected the resignation.

The appeal trial should take place in the Fall. While waiting for the appeal, the Cardinal felt he could not hold the responsibility of leading the archdiocese, though he is innocent until it is proven otherwise. For about three months, the administration of the archdiocese was entrusted to Fr. Yves Baumgarten, the general vicar. It was not a definitive solution.

Pope Francis made the decision not to appoint a new archbishop. He appointed as apostolic administrator of the archdiocese bishop Michel Dubost, 77, emeritus of Ervy-Corbeille-Essonnes. Monsignor Dubost took over the responsibility of administering the diocese, but Cardinal Barbarin is still officially archbishop of Lyon and Primate of France.

The actions taken on Pell and Barbarin are intended to guarantee the presumption of innocence. Pope Francis gave clear guidelines on the issue in his final remarks at the anti-abuse summit.

In that speech, Pope Francis strongly supported the victims. He said: “The primary goal of every measure must be to protect the little ones and prevent them from falling victim to any form of psychological and physical abuse. Consequently, a change of mentality is needed to combat a defensive and reactive approach to protecting the institution and to pursue, wholeheartedly and decisively, the good of the community by giving priority to the victims of abuse in every sense”.

On the other hand, Pope Francis did not deny there is media pressure. The Pope stressed: “The time has come, then, to work together to eradicate this evil from the body of our humanity by adopting every necessary measure already in force on the international level and ecclesial levels. The time has come to find a correct equilibrium of all values in play and to provide uniform directives for the Church, avoiding the two extremes of a “justicialism” provoked by guilt for past errors and media pressure, and a defensiveness that fails to confront the causes and effects of these grave crimes.”

Pope Francis’ approach on Cardinal Pell’s case, that on Cardinal Barbarin’s case, and even the perhaps too defensive approach to the Chilean situation, must be read through these lenses.

This is the reason why the mild statements of the Australian bishops are surprising. Defending Cardinal Pell means to shed light on an ambiguous and divisive verdict, as many judgments have been. On the basis of these verdicts, the Church is indicted, sometimes unjustly.

For this reason, Cardinal Pell’s case is about the whole Church. The case can set a dangerous precedent. One day, other justices will be able to give a guilty verdict against a priest even with a weak evidentiary framework. Today, it is Cardinal Pell being sacrificed. The Cardinal is already retired and does not hold any post. What will the Church sacrifice in the future, in exchange for a good media image? And why?