Pope Francis, looking back to the Second Vatican Council Pope Francis, an iron hand against priestly pedophilia. How will the international community react?

Pope Francis, the moment for a change of pace 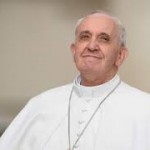 The reference to «the spirit of Francis» in characterizing the new document that will regulate the functions of the offices of the Roman Curia is the most prominent and newsworthy aspect of the presentation of its introduction. The draft of the new introduction has been discussed during the six meetings of the Council of Cardinals (eight counsellors chosen by the Pope, plus Secretary of State Pietro Parolin though no document has made official his appointment). The draft is only the first step toward a brand new document. Father Federico Lombardi, director of the Holy See Press Office, underlined that we are just talking about a draft. But Cardinal Oscar Andrés Rodríguez Maradiaga, coordinator of the Council, spoke in informal terms of a “Pope Francis spirit” to describe the text under discussion.

While it is yet to be understood what «Spirit of Francis» means, it is becoming evident that Pope Francis’ Church is taking shape. The first year-and-a-half of his pontificate may be considered transitional, made up of jumps forward and steps back, foretold revolutions later redefined, provocations and informal demotions.

Jesuits usually take one year or a bit more for transitions, once they take on a new assignment with management responsibilities. During the transition, they speak with everybody, to figure out what direction to take.

On the other hand, Pope Francis has already said that he did not have a specific design for the Church when he was elected, and there is no reason to doubt it. But clearly, Pope Francis had some very precise ideas, which he is putting into practice now. One of these ideas was that of bringing back the so-called «Spirit of the Council, » i.e. the intellectual vivacity of the Second Vatican Council which he experienced as a young priest in Argentina. Another idea was giving the pastoral activity of the Church more impetus, as the Pope is convinced that this is the only way the Church will be able to address the needs of the greatest number of people possible – and hence, the concern for the Church’s image. And another idea was that of giving more power to local bishops, even on hot topics like rendering final judgments on cases of doctrine or morality.

These ideas had somewhat become reality as the Pope kept speaking about and exercising the «outward-looking Church». Pope Francis chooses with care the peripheries to go to, from those which may have a stronger impact on public opinion. The Pope must lead by example, and must be visible – this is Pope Francis’ intention. Furthermore, these ideas have become a reality in the form of “consultative” bodiesin government, despite much criticism. These include several external commissions to discuss the functioning of the Vatican, as if the work already carried out in this regard within the Vatican walls were not legitimate; the appointment of a Council of Cardinals to conceive a Curia reform without including someone with juridical background able to help drafting the documents; and finally, the establishment of a parallel Curia, made of a series of new bodies yet without statutes, which are still discussing their structures and responsibilities.

The committee on the media will meet in Rome September 22-24, to define how it will work and which issues it will deal with. The Commission for the Protection of Minors will meet October 3-4, with the purpose expanding its membership to include representationfromall the continents (Africa, Asia and South America are still missing) and to draft its statutes. In doing so, it will have to balance its responsibilities against those of the Congregation for the Doctrine of the Faith, particularly of the office on “Delicta Graviora” (the most grave crimes) to be set up in the disciplinary section of the Congregation. Responsible for this section will be the archbishop José Mollaghan, who will work from Buenos Aires (Argentina).

The proliferation of offices in the context of a reform intended to streamline the Curia would aim at giving Pope Francis space to fill these offices with those who are not in line with his thought and his idea of the Church. Some observers have started to talk about a “de-ratzingeritzation” process. It is now time to make decisions.

Cardinal Raymond Burke – it is almost taken for granted – will be appointed head of the Order of Malta, an honorific post. Burke would leave the Signatura tribunal to someone closer to Pope Francis’ thinking. The announcement of the transfer should be given during the synod of bishops, in which Cardinal Burke will be one of the most active participants. Cardinal Burke defends the tradition of the Church, and he is one of the cardinals who contributed to the book “Remaining in Truth,” which clearly opposes the theses on family and access to communion for divorced remarried that Cardinal Walter Kasper lectured about during the last consistory.

That this battle is on-going is evidentin the strong stance taken by Cardinal Kasper himself. Responding to the critics, he underscored that the final target is not him and his positions, but Pope Francis himself, who even praised Cardinal Kasper’s words at the consistory by referring to them as “theology on one’s knees.”

There are other key posts that may remain vacant, as that of “Vatican foreign minister.” After eight years, Archbishop Dominique Mamberti should leave his post of Secretary for Relations with the States. Archbishop Emlile Tscherrig, papal nuncio to Argentina, may take Mamberti’s post. Tscherrig is a good friend of Pope Francis, and also helped in organizing the Pope’s lunch with the Argentine President Cristina Kirchner last Saturday. Other rumors point to Bryan Wells, Assessor of the Secretary of State, who is highly regarded and would also be one of the candidates to take Mamberti’s post as leader of the Vatican foreign policy.

Each rumor must in any case be assessed carefully, since they are a way not only to promote, but also to “burn” some names.

For what concerns episcopal picks, Pope Francis has mostly followed his predecessor’s line, though he has personally intervened in some occasions closeto his heart. He did not do the same with new cardinals picks. He wants new cardinals whose profiles can serve as examples of an outward-looking Church, and he is being provocative in selecting those who will get the new red berretta at the next consistory, to be held probably in February.

Step by step, Pope Francis is shaping his team. But we shouldn’t be fooled: Pope Francis does not care that much about posts and the pedigree of his interlocutors. What he values is the advice of the few people that he really trusts. He will hold many consultations and discussions, but at the end he will make his own decisions.

It will be so with the Council of Cardinals. Father Lombardi stressed that the Council makes proposals, it does not take decisions. Pope Francis, Lombardi added, may there after extend the consultations about a Curia dicastery to a wider circle with all the heads of Vatican dicasteries, during one of the periodic meetings that he has wanted general secretary of the synod of bishops Cardinal Baldisseri–and not the Secretary of State, as was usual–to conduct.

The synod will be the first real testfor Pope Francis. The appointments he wants to make public during the synod will finally show what kind of Church does Pope Francis have in mind. Will it be a Church modeled on the Jesuits’ governing bodies, with four different Secretariats to help to support the Pope govern?

Certainly, the marching order will be collegiality, on which the Pope and the media are insisting a lot. This push for collegiality would also lead us tothink about a restoration of something preceding Benedict XVI.

After announcing his resignation, Benedict XVI met with the Roman clergy and spoke off-the-cuff about the Second Vatican Council. That lecture has made history, since it raised for the first time the issue of a council of the media and a real council. That lecture was indeed a real program for the Church of the future. Benedict XVI also spoke about episcopal collegiality, described the limits of the definition of collegiality and underscored that these limits could be overcome with an option for communion. And communion is at the center of the introduction of the Pastor Bonus, the apostolic constitution that regulates the responsibilities and functions of the Curia offices.

But while the spirit of Francis is filledwith collegiality, it is also clear that ultimately the Cardinals have not followed Benedict XVI’s vision. Rather, they have opted for topics that were discussed before Benedict’s pontificate.

Everything will be clarified with the upcoming appointments and with the outcomes of the synod of bishops. Pope Francis is called to make decisions, and these decisions will show what kind of Church he has in mind.

One Response to Pope Francis, the moment for a change of pace