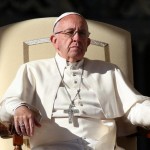 The news that the beatification of Fulton Sheen has been postponed is a warning that must not be underestimated. The postponement of the beatification came after a request of some bishops in the US, and in particular of the bishop of Rochester (diocese that Fulton Sheen administered), because the famous American television preacher might not had acted appropriately in confronting several cases of abuse.

The US bishops press release read that “in our current climate, it is important for the faithful to know that there has never been, nor is there now, any allegation against Sheen involving the abuse of a minor. At no time has his life of virtue ever been called into question.”

That means that no one is questioning the canonization process, and the very proper investigation carried out, required before the Pope approves any decree for beatification. Not even the miracle attributed to the intercession of the venerable that is essential for the beatification. It is anyhow possible that the name of Fulton Sheen will appear in an investigation of abuse in the Rochester diocese. Hence, the decision to take a step back.

This is an unprecedented decision, since it suspends a decision that had already been taken. There have been other canonizations or beatifications that did not take place for reasons of opportunity. The most visible case is that of the canonization of Blessed Aloizije Stepinac, martyr of communism in Croatia. There is already a miracle recognized by the doctors’ commission and by the theologians’ commission. Pope Francis established an additional historical commission to face pressures from the Serbian Orthodox environment. According to Serbians, Blessed Stepinac was a collaborationist of the Fascist Ustashe. The joint committee did not reach a common position, and thus, for now, the Pope has not opted for the canonization. Coming back from North Macedonia, Pope Francis noted that Cardinal Stepinac is already blessed, and so he can be venerated.

Among the beatifications that never took place is that of Pius XII. The propaganda against Pius XII targeted his alleged “silence” on the Nazi persecution of the Jews. This is propaganda, since it is known, and a historic commission certified it, that Pius XII helped the Jews and was a Pope with extraordinary virtues. For now, the beatification had not taken place, and the process has not gone forward for reasons of opportunity.

Fulton Sheen’s case is different and shows the climate the Catholic Church is enduring. The Congregation for the Cause of Saints stressed, in a note, that Fulton Sheen has never been involved in any sex abuse cover-up, and instead, he sent the abuser priests out of the diocese. Based on facts, the Congregation knows that Fulton Sheen behaved properly. The beatification was, by the way, postponed for reasons of opportunity.

It is the signal that the climate against the Catholic Church is scorching, not only in the United States. And this is not the first sign that the Church is surrendering.

For example, the guilty verdict against Cardinal George Pell in a trial for abuse was followed by a declaration of the Australian bishops’ conference that seemed shy and underscored that bishops will always listen carefully to the victims.

This has been the case everywhere. The Church must underscore listening to the victims, as if she had to endure the effects of the original sin. This happens even though, in many cases, abuses never took place, and yet the Church accepted to pay compensations in order not to be involved in a media scandal.

In the end, the real challenge for Pope Francis is that of getting the Church out of a timidity and a complex of inferiority toward the secular world, to look beyond public opinion and instead be able to prophesize, with no fear for the consequences.

As usual, Pope Francis seems to be swinging from one position to another. The major summit on abuse last February noted that the Church had to tackle the abuse crisis, mostly listening to the survivors. At the end of the meeting, Pope Francis re-framed the issue in a speech; he stressed that abuse does not take place only in churches and denounced media pressure on the topic.

Reacting to the media in Chile that asked him about the case of bishop Barros of Osorno, who was in the circle of the abuser Karadima, Pope Francis said that the presumption of innocence of Barros needed to be respected and defended the bishops’work. Pope Francis later changed his mind and admitted a mistake in assessing things.

Speaking about the recent Vatican financial events, Pope Francis seemingly gave in to the media and some pressures. The Pope returned to a bilateral relation with Italy and entrusted the Vatican tribunal to a former Italian prosecutor very much in the media hype and inexperienced of the Vatican juridical system. It was a change: until now, Pope Francis had followed the line traced by Benedict XVI.

Finally, there are cases of beatifications. The diplomacy of the relics, the emphasis put on popular piety, comes for Pope Francis with a particular caution for any decision that can be an obstacle to the real goals.Thus, relations with the orthodox world are important enough for the Pope to avoid carrying out the process of canonization of Blessed Stepinac.

Fulton Sheen’s case is the latest example. It shows that reasons of opportunity can be more important than anything else. A note by the Congregation for the Cause of Saints explained in detail how, in the two cases of abuse under scrutiny, Fulton Sheen behaved correctly and was not involved in the events. However, the fear of a media attack during the beatification was too strong.

One Response to Pope Francis, the real challenges